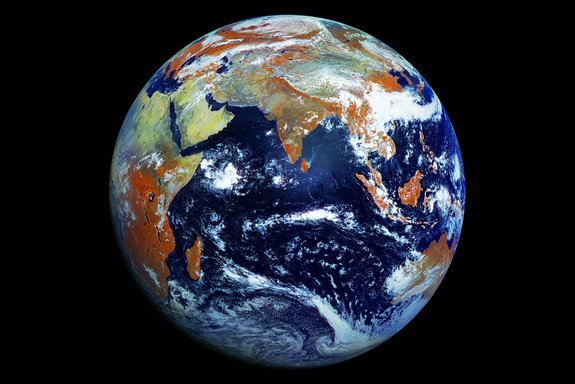 I do not subscribe to the “great men or women” theory of history, but some people see the world differently, understand it differently ahead of the crowd. Generally, they are scientists or artists, sometimes they come from business, rarely are they politicians, very rarely.

In 1972, I was studying political science at York (I took a module on international affairs), the same year the first UN conference on the Human Environment was held in Stockholm. The conference established the United Nations Environment Programme, with the conference declaration recognising that:

“A point has been reached in history when we must shape our actions throughout the world with a more prudent care for their environmental consequences. Through ignorance or indifference we can do massive and irreversible harm to the earthly environment on which our life and well being depend. Conversely, through fuller knowledge and wiser action, we can achieve for ourselves and our posterity a better life in an environment more in keeping with human needs and hopes.”

Maurice Strong was Secretary-General of the conference in 1972 and the founding executive director of UNEP. He organised the first Earth Summit in Rio in 1992. It was at Rio that the Convention on Climate Change was agreed creating the framework for the IPCC and the international meetings on climate change leading all the way up to the Paris COP21 meeting this week.

Strong put the environment and man’s place in it on the UN’s agenda and pushed the issue of global warming up the international agenda. By his twenties he had been running the Power Corporation of Canada and went on to head the state company Petro-Canada. Indeed he was regarded by many in the oil industry as a traitor for speaking out about the dangers of fossil fuel extraction and the consequent climate change.

The environment movement is much more than the creation of one man, but Strong saw the sustainability issue early and successfully moved it up the international agenda. More than most, he saw the interconnected nature of the challenge of sustainability and the difficult contradictions between environment and development. He had the grit and determination to first get the challenge of development in a finite world onto the international agenda, and then to move it up the agenda.

In 2009, in the wake of financial crash of 2008 and the disastrous Copenhagen Summit, he said:

“The climate change issue and the economic issue come from the same roots. And that is the gross inequity and the inadequacy of our economic model. We now know that we have to change that model.”

A pioneer of global sustainable development, he understood the scale of the problem we faced in pursuing development within the limits of our finite world. I did not hear of the 1972 conference, despite studying international politics. It was twenty years later,in the context of Rio, that I first came across him. Today, twenty years on again, we wait to see the outcome of the Paris negotiations.

As I confess to our students in the 40+ years since 1972 – a working lifetime – the problems have grown faster than we have been able to tackle them. We have to do more, better, faster. The next generation has to do a great deal better than we did.

The 1972 Declaration is as relevant today as it was then

“To defend and improve the human environment for present and future generations has become an imperative goal for mankind-a goal to be pursued together with, and in harmony with, the established and fundamental goals of peace and of worldwide economic and social development.”

Maurice Strong died a couple of days before the opening of the Paris conference. We have to hope that this time real progress will be made. We have to make more progress in the next 40 years than we have in the last.