If there’s one thing you can’t miss when you visit Madrid and step into its beautiful streets, surrounded by grand Art Deco and Spanish Baroque architecture, it’s the sense that the city is fiercely proud of its cultural wealth.  This pride wouldn’t be misplaced; the Spanish capital is home to some of the world’s most prestigious museums and art galleries, and culture is woven into almost every experience you have in the city. 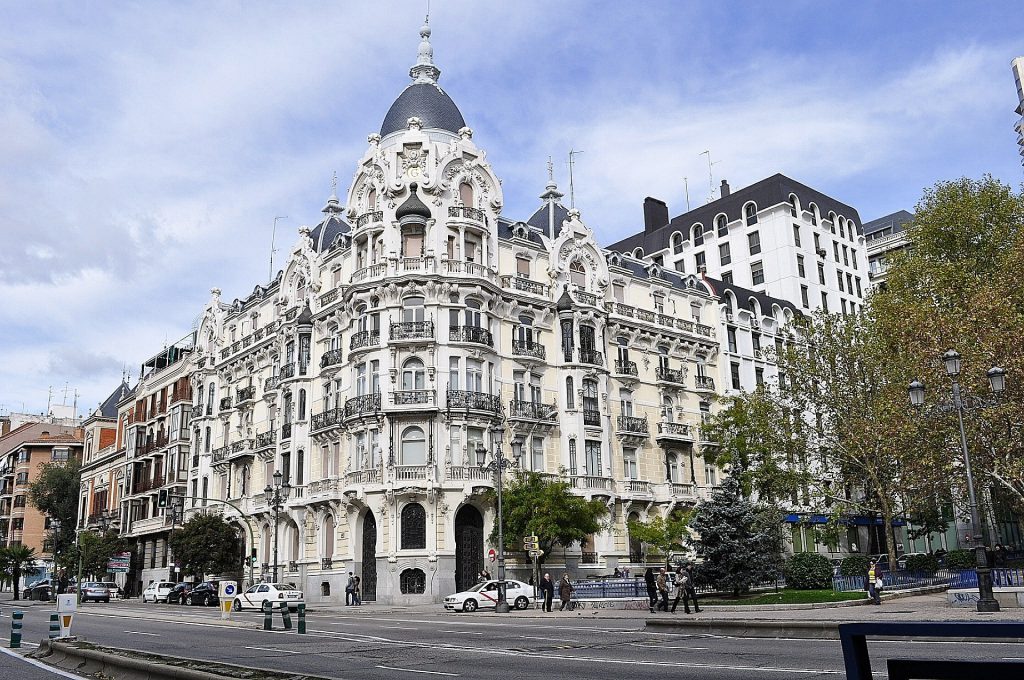 Whether it’s being awestruck by flamenco dancers in a tablao, appreciating the legacies of Goya and Dali in art museums, or simply indulging in one too many tapas alongside locals at Madrid’s lively markets, the city’s infectious energy is undeniable. Among the best holiday destinations from Dubai, especially if you like cities, Madrid welcomes visitors who share its philosophy of having a good time as a way of life. If you’re after a bucket-list worthy trip, here are the best places to visit and things to do in Madrid.

The magnificent royal palace or Palacio Real de Madrid should be your first stop when it comes to Madrid tourist attractions. The 18th century palace, one of the finest and most spectacular in Europe, is the official residence of the royal family. While they no longer live here, it’s mostly used for state ceremonies on the days when it’s not open to the public. 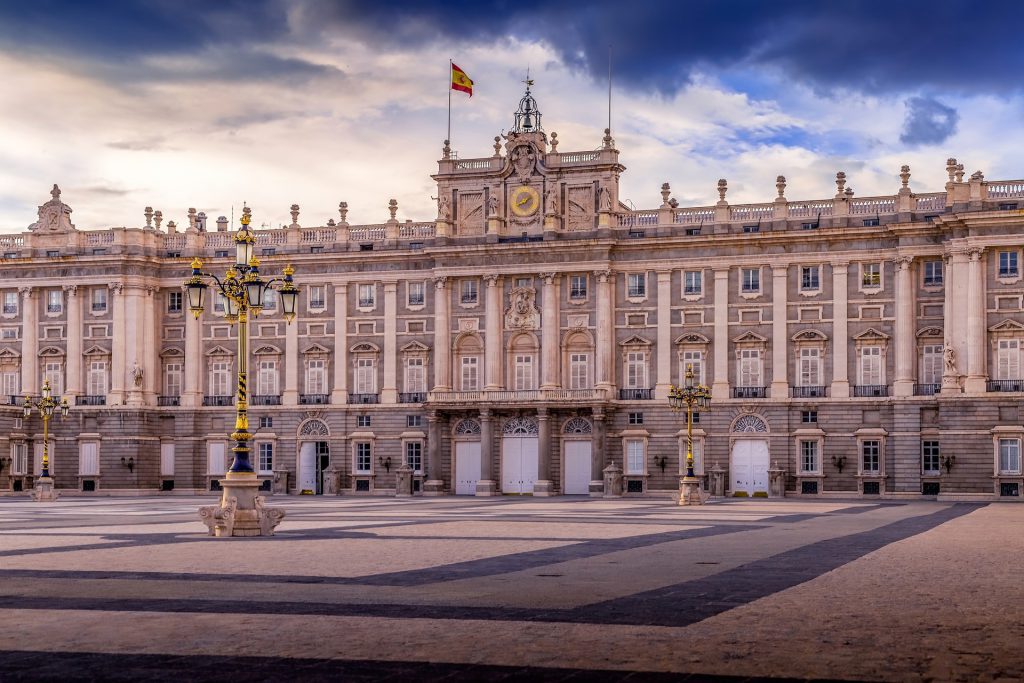 Inside you’ll find astounding classical works of art by the likes of Caravaggio and Goya, frescoes, exquisite silks, grand chandeliers, sculptures, weapons and armory, and all manner of rare and priceless objects spread through the 50 lavish rooms (of 2800) that are open to the public. These include the Throne Room, Dining Room, Royal Armory, Pharmacy and banquet halls.

Parque del Buen Retiro, sometimes simply called El Retiro, is the city’s most popular park that’s especially lively on weekends. Spend a few hours surrounded by nature in this park that’s spread over 125 hectares and is home to a lake, sculptures, monuments, gardens and fountains.

For a few euros, you can rent a boat and paddle around the lake. While you’re there it’s worth checking out the Palacio de Cristal, a palace that is made of glass and is a sight to behold with sunlight streaming in through its glistening exterior. Other notable features include peacock and rose gardens and a pathway lined with 18th century statues of Spanish royalty. 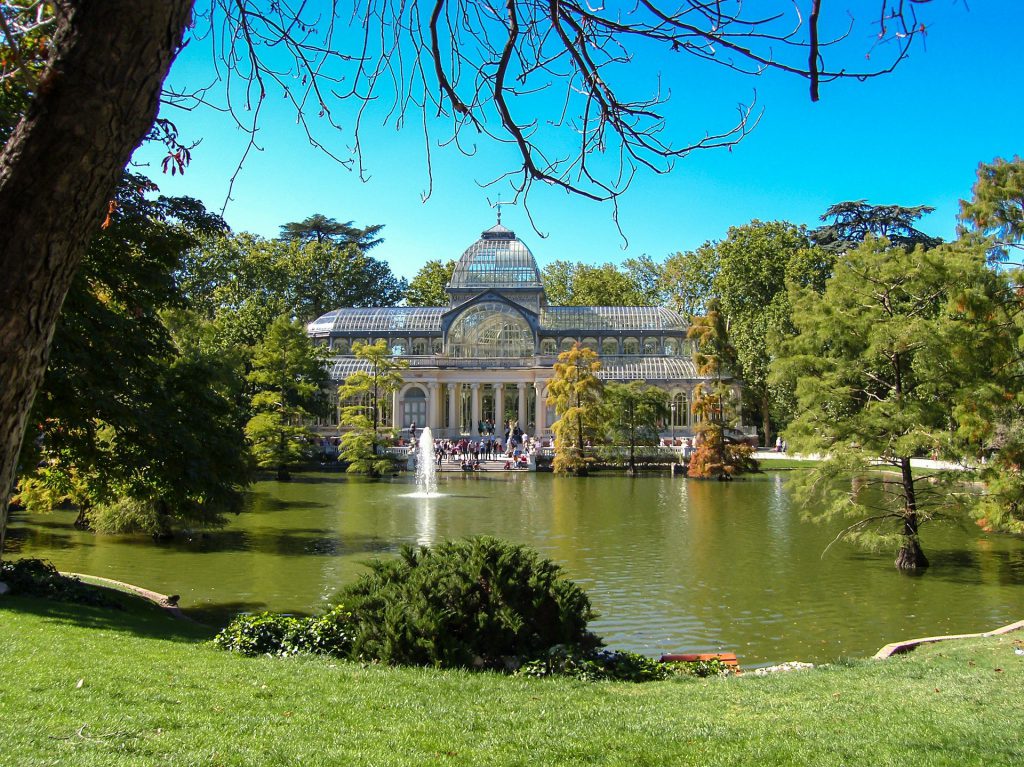 Watch Flamenco in a Tablao

No trip to Madrid is complete without an evening of soul-stirring flamenco, and there’s no better place to experience it in than a tablao. These traditional flamenco bars, decorated in Andalusian style, offer the chance to watch the country’s finest flamenco artists in an intimate setting.

While some offer pre-show tapas, light meals and set menus, there are others where the focus is solely on the flamenco. Some great tablaos in Madrid are Las Carboneras, Cardamomo, Villa Rosa, and Casa Patas.

See the Sunset at an Egyptian Temple

The 2nd century Egyptian Temple of Debod is one of Madrid’s most unusual attractions and also the best sunset spot in the city. The temple which originated in Egypt as a small shrine and was extended over centuries by pharaohs, kings and Roman emperors, was gifted by Egypt to Spain to save it from destruction when the Aswan Dam was built in the 1960s. After it was transported to Spain, the temple was rebuilt on a hilltop in Madrid. The gardens around the temple offer fantastic sunset views over the city. 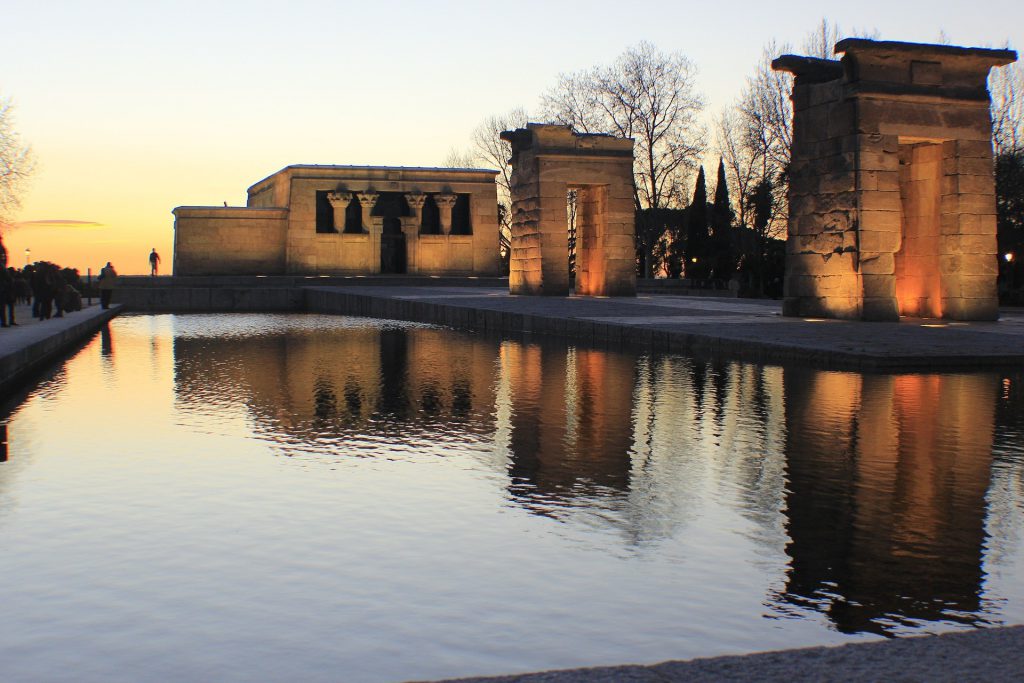 Join locals and tourists alike at Mercado San Miguel, Madrid’s most famous food market and one of the best places to visit in Madrid. Opened in 1916, it is also considered as one of the best markets in Europe. A culinary destination in its own right, the best way to experience Mercado San Miguel is to eat your way around the market. Small portions means that you can gorge on delicious banderillas (olives, jamón, cheese, and sardines on a skewer), stuffed olives, Manchego, tapas of shrimp, salted cod, mussels, and plates of seafood paella, all in one evening. 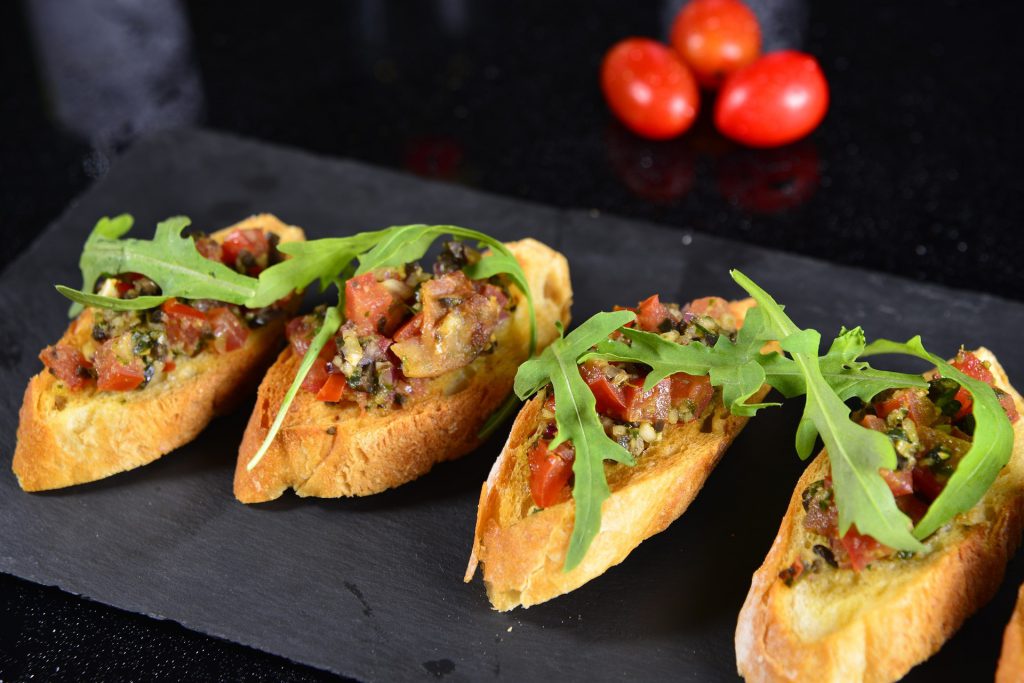 For art lovers, few cities are as appealing as Madrid. The palatial Museo del Prado is one of the finest art galleries in the world, and if you love art, then you can easily spend an entire day (or more) here appreciating prestigious works of art from the last ten centuries. The most distinguished Spanish artists whose works you’ll find here are Goya, Velázquez, and El Greco, as well as works by other European artists such as Peter Paul Rubens. While you’re here don’t miss Las Meninas (The Maids of Honor) by Velázquez and Las pinturas negras (The Black Paintings) by Goya. 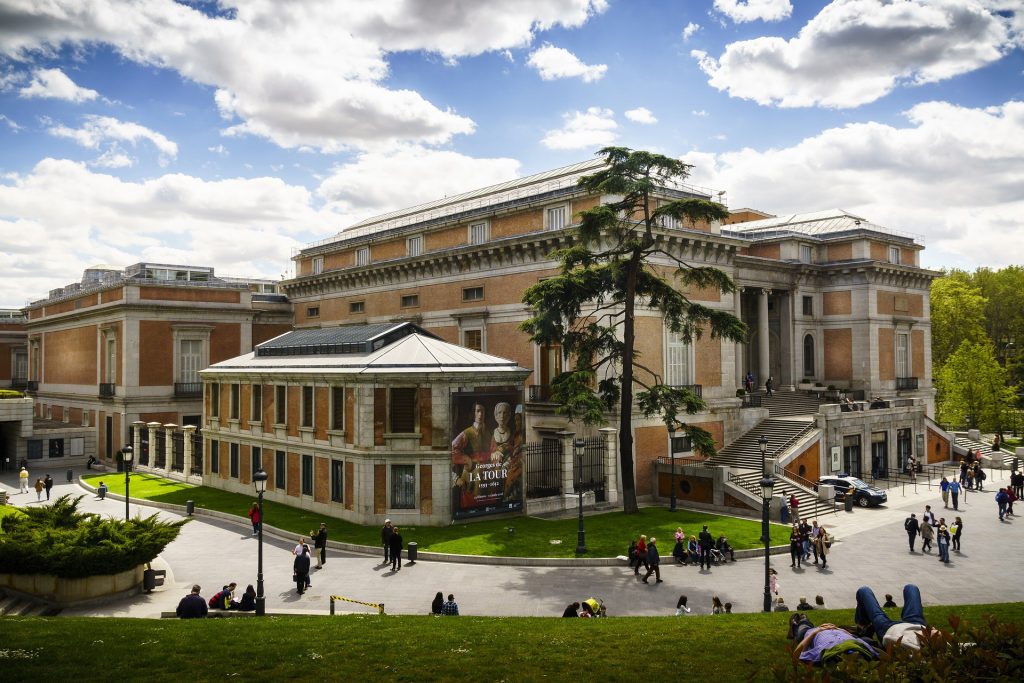 Indulge in Churros at San Ginés

Having first opened its doors in 1894, San Ginés, proudly wears its title as Madrid’s oldest chocolateria, evident by the long queues outside. If you have a sweet tooth, the thing to try here are churros (crispy deep-fried piped dough) that are even better when dunked into thick Spanish dark chocolate, sometimes topped with whipped cream. Get a seat outside and enjoy the live music as you indulge your love of chocolate. 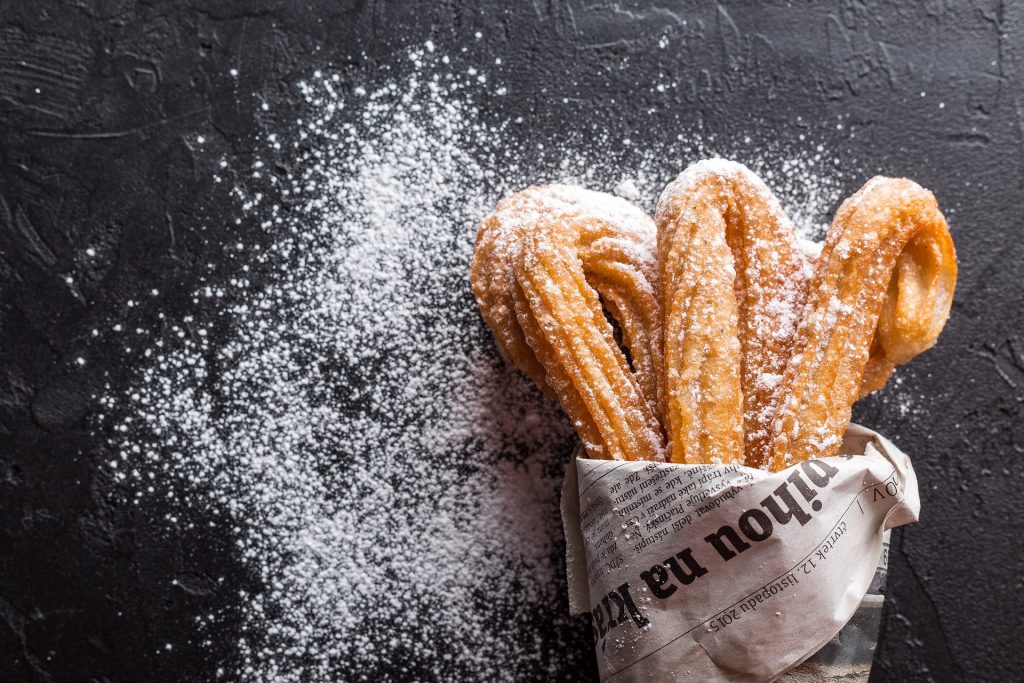 Madrid is an exciting city, one of the best holiday destinations in Europe, that does not disappoint whether you’re interested in art, culture, history, nightlife or gastronomy. While the city is a year-round destination, there are several celebrations and festivals that take place during the summer months, such as Dos de Mayo and Almudena, that are great to attend if you want to experience a bit of local flair- something you should consider when visiting Spain, that is wildly popular as one of the best European countries to visit for every budget.