This new season Bulgaria will welcome tourists with hundreds of cultural events and a European capital of culture — Plovdiv 2019.

In 2019 Bulgaria will become one of Europe’s hottest spots for arts and culture with a number of varied events. The country will turn into one big stage for different cultural happenings: from street festivals to concerts of all kinds and in open-air locations, from prestigious international art contests to regional ethnographic events – with a mystical streak. A place where art and culture will blend with streets and nature, as most of the events take place outdoors.

When Plovdiv talks about arts and culture, the others do as well

As a result of its enormous cultural and historical heritage, Plovdiv is the first Bulgarian city to become a European capital of culture. In its 8000 years of history, the city has not only evolved historically and archaeologically, but has also turned into one of the most harmonious multicultural centres in the region. In 2019 Plovdiv will celebrate the EU’s most prestigious cultural initiative with a vast programme of events and activities, taking place throughout Southern and Central Bulgaria. All cultural and archaeological sites are perfectly adapted as a stage for any of the events on the cultural calendar. You can learn more at https://plovdiv2019.eu/en 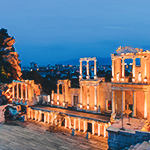 “KvARTal” is an initiative aiming to establish a neighbourhood dedicated to culture, following the example of many other European cities. For the last 2 years September is the month when one of the oldest areas of Sofia, carrying the spirit of many centuries and cultures, becomes a designated space for art and fun. The main action takes place in the square formed by the boulevards “Dondukov”, “Maria Louisa”, “Vassil Levski” and “Slivnitsa”. “KvARTal” is one of the greatest ways to experience Sofia’s true spirit and 8000 years of history.

Bulgaria is host to many renowned film festivals. In 2014 Sofia received the creative UNESCO title “City of Film”, awarded to cities not only possessing the necessary infrastructure of studios and movie theatres, but also being known for caring about the development and preservation of their own cultural heritage. This guarantees the perfect environment for festivals such as the international “Sofia Film Fest”, one of the most important European events in autumn — “Cinemania”, and IN THE PALACE International Short Film Festival, taking place each June in the town of Balchik. Also worth mentioning are two festivals in Varna: the World Festival of Animated Film, happening every year since 1979, and the brand new “Cinema and Food”.

Last but not least comes the magnificent Cinelibri (http://www.cinelibri.com/about/). This   international book & movie festival is an extraordinary annual event, inspired by the fruitful interaction of arts – cinema and literature in particular. It takes place every autumn in Sofia, Bulgaria, and shows the best examples of film adaptations based on significant literary works, both contemporary and classic. The festival is an important showcase for high-quality European film productions and co-productions.

Ethnographic events you can experience here

Bulgaria offers a number of authentic events, some of which never ceased to exist, but their mystical charm is just now being discovered by an international audience.

Such a festival is Pernik’s Surva, also known as the International Festival of Masquerade Games: more than 6000 “kukeri”, specially costumed to fight off evil spirits, take part in the majestic parade. Thousands of visitors enjoy the appeal of ancient pagan customs at this UNESCO site of Intangible Cultural Heritage.

The famous oil-bearing rose in not only a symbol of Bulgaria, but also central to one of its traditional industries: rose oil extraction. Fortunately, the rose has its own celebration: the Rose Festival which in 2019 will take place on June 2nd in Kazanluk and on May 25th in Karlovo. It usually begins with the ritual of “rozober” (rose picking) and then it continues on the town’s central square with many contests and activities.

The International Bagpipe Contest in the village of Gela on August 4-5 offers a breathtaking experience in the scenic Rhodope Mountains. More than 100 performers, including ones from Japan and Australia, test the natural acoustics of the location in front of thousands of visitors each year.

The National Folklore Festival of Rozhen is unique for the Balkans in its scale and mystical spirit. As such organization is complex, the event happens only every other year, with the next one scheduled for July 2019. More than 400 folklore singers and instrumentalists are expected to gather and perform authentic Bulgarian music which can rarely be heard anywhere else.

The tradition of “nestinari” or barefoot fire dancing is one of the oldest Bulgarian customs and is spectacular in its exclusivity and magical aesthetics. Only a few villages host it: Bulgari, Kosti and Brodilovo, traditionally around June 3-4. The ritual, recognized by UNESCO as Intangible Cultural Heritage in 2009, is known for the hypnotic state that its performers slip into while dancing in the style of old Thracian traditions.

“Meadows in the Mountains” is a young and bold dance music festival, taking place in the Rhodope Mountains. Truly unique in its concept, it’s fairly unknown to Bulgarians but hugely popular with international fans. The 3-day event is set in the Polkovnik Serafimovo village and will take place on the 6th, 7th, 8th and 9th of June 2019. The unparalleled nature is calling all adventurers and explorers to dive into its wild atmosphere and combine partying with exploring its treasures through trekking, horse riding and many more activities.

Music: from jazz to rock

If jazz is your music, Bulgaria is your place. Jazz festivals here are numerous, and of high quality. One of the most exciting is undoubtedly the International Jazz Festival Bansko, which each August gathers the biggest stars of European, American and Bulgarian jazz and creates an amazing ambience of music and nature. We would also recommend the eco jazz festival Sound of Silence, Perelik World Music & Jazz Festival, the international gathering Varna Summer, as well as Plovdiv Jazz Nights and the famous A to Jazz in Sofia.
As for rock, you are free to choose between many events, the biggest of which are Hills of Rock, set in Plovdiv in July, and Varna Mega Rock (Varna city in August).

Opera under the stars

In the last two years Bulgarian opera has stepped out of the theatres and turned listening to classical music in the open air into a tradition.
Opera Open Festival in Plovdiv is already established with its emotional international programme, set in the Ancient Theatre each June-July.

Opera of the Peaks in Belogradchik takes place in July in the scenic Belogradchik Fortress, built in the 3rd century by the Romans. As a part of the summer events, hosted by Sofia Opera and Ballet, the festival includes a great number of musical masterpieces, some of which are performed in a cave.

Opera in the Park is an annual event in Sofia, transforming classical compositions in a modern, yet natural way, making them more accessible to a vast audience of classical art lovers.

No matter which event you choose to attend, its quality of performance and atmosphere will surely delight you. 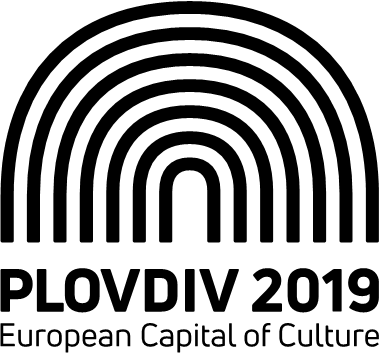 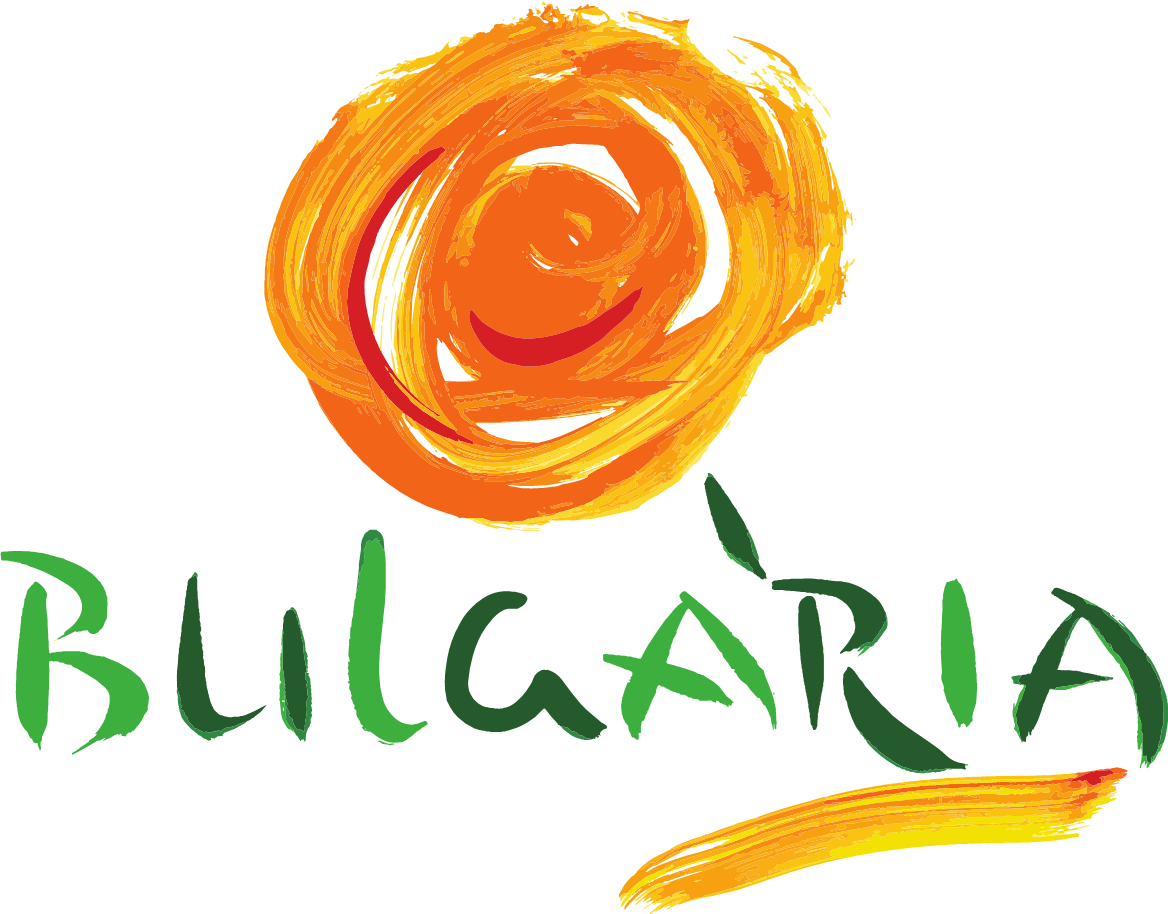 Ministry of Tourism of The Republic of Bulgaria was set-up as a separate ministry in the end of 2014. The tourism sector accounts for about 15% of the GDP of the country. Bulgaria has a huge tourism potential to be deployed with the joint efforts of the state, business, academia, local authorities and all stakeholders.