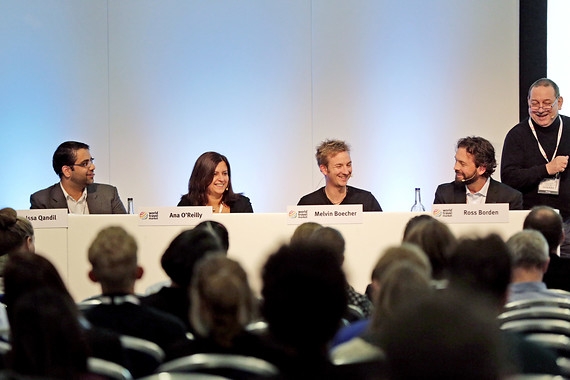 “TripZero is tackling one of the most intractable problems in corporate sustainability: the carbon footprint of travel and tourism” wrote Marc Gunther in the Guardian last week. The new startup is offering to offset the carbon cost of your entire holiday – both transport and accommodation – for free. Of course, if the traveller isn’t paying to offset their holiday’s emissions, someone else is. TripZero says there is not enough commission made on airline sales, so it covers the costs of the offset (and one assumes aims to makes money itself) by charging hotels commission through the Expedia Affiliates Network.

This means that when you search for hotels on Tripzero, you have access to over 144,000 hotels worldwide. However it is not ecolodges and hotels with pioneering sustainability programmes that come up, but the best deals, exactly the sort of hotels that market themselves through Expedia. Furthermore there is no way on the site of filtering hotels by green or responsible credentials. Nor are these credentials highlighted in the descriptions of any hotels on its list that are known to be green. So when I looked at the listing for The Intercontinental Barclay in New York, it was only by going to its customer reviews that I find an icon denoting it as a Tripadvisor Greenleader gold (and my thoughts on the Greenleader scheme can be read here).

When it comes to assessing a hotel’s carbon emissions in order to cost its offset, Tripzero’s says it uses the hotel’s location and the ‘impact of the local climate and the energy required to heat or cool your hotel… to determine the fuel used to create and supply electricity to your hotel’. But there is nothing to say they take into account any measures taken by a hotel to reduce its own impact. So if I stay in a solar powered ecolodge booked through Tripzero, the site’s own explanation suggests it will be charged according to the same measurements as a local town hotel doing nothing more than sticking little cards in the bathroom asking me not to change my towels.

In its defence, Tripzero makes it clear that its focus is on responsible travel, and that it is using the hotels’ commission structure to pay to offset people’s journeys. But I feel they could go further, because if someone is concerned enough to want to book through Tripzero then they are more than likely ready to stay in sustainable / responsible accommodation. By not offering users this, it presents responsible travel as being solely about offsetting the cost of your journey.

That said, and unlike many people working towards sustainable tourism, I am not totally anti-offsetting. I agree that when used as a license for business-as-usual or even to travel more it sends out the wrong message. But I am not sure we should reject offsets completely – if someone is causing carbon emissions by their actions, is it not better that they also pay to reduce carbon emissions or support a worthwhile project at the same time?

Tripzero supports five offset projects, covering forest protection, reforestation, increasing renewable energy output and a methane capture project. It’s a reasonably good mix on the whole, the forest protection and renewable energy projects in particular. I do however have issues with reforestation as a carbon offset approach, because the trees planted take many years to grow to full maturity, so any carbon absorbed happens years, if not decades after the flight that caused it. Reforestation is a necessary part of long term efforts against climate change, but to market it as an offset ‘eliminating the pollution created by your trip’ risks undercutting the urgency of reducing emissions now.

When it comes to marketing, I also wish Tripzero would tone down the ‘Change the world’ approach of its social media strategy. The website offers people little e-cards to tell their friends what they have done through social media. I get that they are social media marketing tools for Tripzero and that’s what everyone does. However flying to London, staying in the Sheraton, offsetting your trip for free and then posting an image of a polar bear with the words ‘I protected’ is slacktivism, if not greenwash.

Despite my reservations, I think Tripzero could find a space for itself at the more mainstream end of the market. It could send people to these hotels who would never go to ecolodges, and fund carbon reduction projects as a result. It could weight its results to promote greener options, and make more play of their positive features in its listings. It could thus gently introduce its users to more progressive ways of seeing the world.

Alternatively Expedia could take it in house (not hard considering all the holidays are through Expedia, and it would be a lot better than the giant OTA’s current green hotel offering). Because if ‘the world’s largest travel agent’ announced that without increasing its commission structure it was going to offset everyone’s trips – for free – that would cause quite a stir and instantly raise the bar in competition with the likes of Booking.com, whose Bookdifferent platform enables people to filter their hotels according to whether they have an ecolabel or not. Maybe that’s the long game.