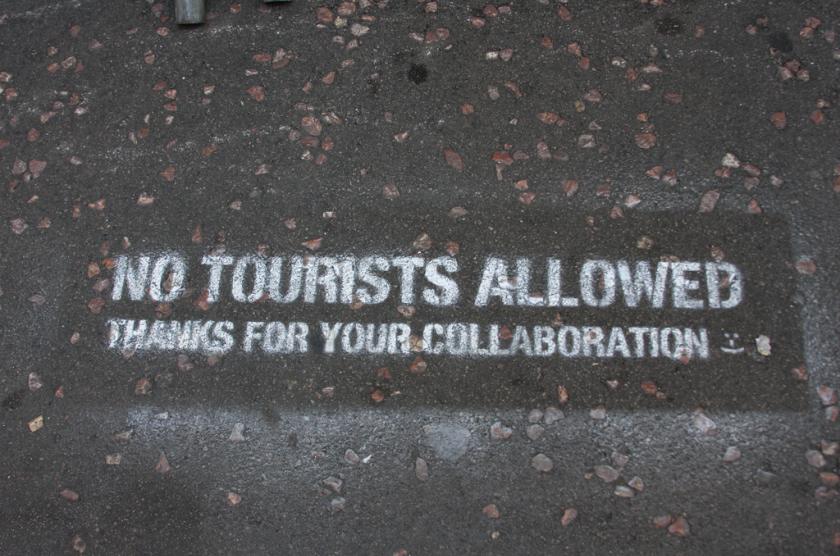 Many in the industry would probably say no. We often describe ourselves as travellers and visitors, in the same way that people complain about traffic without recognising that they are part of it. Boissevain published Coping with Tourists: European Reactions to Mass Tourism nearly 20 years ago, since then major European cities have continued to experience rapid growth in tourism numbers. Put “too many tourists” into Google and it offers a range of more detailed searches revealing what others have looked for. This is what Google offered me this morning – Venice, Barcelona, Iceland (yes I was surprised too), Paris, London, New York City, Prague, Thailand, Rome .

You may object that that this just the ephemeral social media but on the first page of “too many tourists in Venice” we have articles in The Independent (UK), the Economist (worldwide), the International Business Times (worldwide), Deutsche Welle (Germany), CBS News (USA), Spiegel (Germany), The Guardian (UK) – this is the mainstream consumer press and this kind of coverage shapes the decisions of potential visitors. For Barcelona similar broadsheets come up a long with the UK’s Daily Mail. In April 2014 they ran a piece “Mass tourism is ruining Barcelona and turning it into a ‘theme park’…”  Venice too has been described as a living museum. Italy’s Disneyland An official with Italia Nostra, an organization that seeks to protect Italy’s historical and cultural treasures, complained: “It’s as if Venice, for most people, is an asset that has to be exploited. A cash cow to be milked until there’s nothing left.” more In Barcelona the Mayor Ada Colau has expressed concern about the impact of tourism on the city and the municipality aspires to manage tourism so that the “coexistence between visitors and residents should be synergic as well as harmonious, based on cultural and economic exchanges and reciprocal contributions, understood as an enriching and mutually constructive experience.”

Tourism is what we make it, Barcelona and Venice do not inevitably have to be dominated by tourism, victims of mass tourism. Increasingly residents are raising the issue and it is moving up the political agenda in the city governments. On the Monday of World Travel Market we have a high powered panel discussing what can be done to manage tourism so that it does not overwhelm the cities – Venice, Barcelona, Paris, London, New York City, Prague, Berlin, Rome – where the sheer mass of tourism is beginning to be seen as a problem.

Industry leaders, outbound tour operators and destinations, discuss how the industry can work with others to realise the aspiration of using tourism to make better places to live in recognising that great places to live in are great places to visit. Using the experience of Barcelona & Venice the industry leaders on the panel will discuss how positive change can be achieved for the benefit of destination communities, their natural and cultural environment and the tourists. Barcelona and Venice are major successes as tourism destinations but they are experiencing the problems of success and residents are demanding change, both cities have growing numbers of staying tourists and day visitors arriving by coach and cruise-liner.