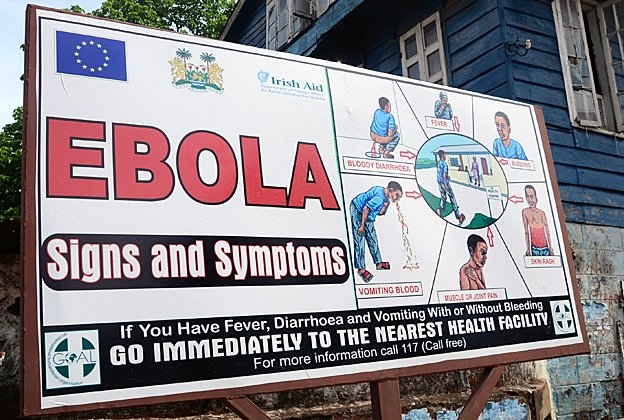 The correct information and stringent hygiene procedures are needed to avoid panic amongst passengers and airline crew.

Hotels and airlines are constantly dealing with ever-changing large volumes of guests. In the face of a deadly virus like Ebola, it is understandable that workers, particularly those who have to travel to the affected areas, will be frightened and concerned for their safety.

Last week a short-staffed flight from Freetown, the capital of Sierra Leone, to Paris, encapsulated the global panic surrounding Ebola. Apparently the same flight a few days previously had carried three ill children, one with fever, two with diarrhea. Did they have Ebola or a harmless childhood sickness? Who knows? In any case, as the story goes, passengers asked to move seats.

The World Health Organization (WHO) says the risk of transmission of the Ebola virus during air travel is low. Unlike infections such as influenza or tuberculosis, Ebola is not spread by breathing air (and the airborne particles it contains) from an infected person. Transmission requires direct contact with blood, secretions, organs or other body fluids of infected living or dead persons or animals, all unlikely exposures for the average traveller. Travellers are, in any event, advised to avoid all such contacts and routinely practice careful hygiene, like hand washing.

The risk of getting infected on an aircraft is also small as sick persons usually feel so unwell that they cannot travel and infection requires direct contact with the body fluids of the infected person.

So far, WHO does not recommend any ban on international travel or trade to the most affected West African countries.  However, this advice has not been followed and nearly all airlines have stopped flying into Liberia and Sierra Leone, making the Ebola-hit countries more and more isolated.Hotel and airline staff are near the forefront of efforts to halt the spread of Ebola so it is essential that they are constantly informed, updated and provided  with easy-to-follow procedures  relating to extra vigilance and stringent hygiene standards. The Institute of Hospitality Nigeria Branch has recently circulated such guidance for hotel staff, cleaning and support personnel.

Air France is one of the only airlines still serving Sierra Leone and Guinea but hundreds of its staff are petitioning the company to halt these flights.

Fear, in its various manifestations, has been the greatest obstacle to containment of this latest Ebola outbreak, according to WHO. Although these actions are entirely understandable, the closure of borders and the cancelling of flights are understood to be jeopardizing the massive increase in medical aid and assistance needed.