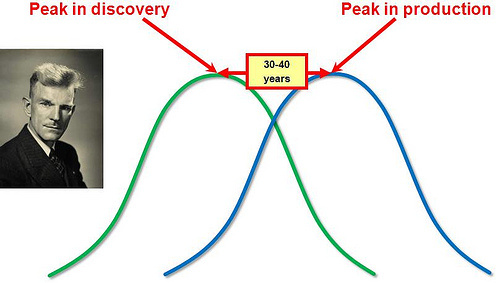 The situation in global oil markets appears to deny the relevance of the arguments about peak oil. It is not so simple. There were always two arguments about peak oil – the first that as the easily accessible oil was consumed the price would inevitably and inexorably rise. The second that we cannot afford to burn all the oil in the ground if we want to keep the rise average global temperatures below that damaging 2°C threshold.

There is a range opinion about why the price of oil is falling so dramatically but the IEA should know. The International Energy Agency  was founded in response to the 1973/4 oil crisis it is an independent inter-governmental organisation its membership is similar to that of the OECD and it focuses on energy security, environmental protection and economic development. Their opinions have the advantage of being well informed and although the USA and Canada are members they primarily represent the consumers rather than the producers of oil – OPEC and Russia are not members.

As they report the price of oil has continued to collapse into January as rising supplies collided with weak demand growth and OPEC maintained its commitment to not cut production and macroeconomic weakness continues to restrain global oil demand growth. In December OPEC output rose and Iraqi supply surged to 35-year highs. The IEA is currently not identifying any indication, other than in the USA, that lower oil prices are yet stimulating demand.

The cost of aviation fuel has fallen, in the UK the Chief Secretary to the treasury, Danny Alexander, has written to major UK airlines calling for them to pass on fuel price savings to consumers. George Osborne, the Chancellor of the Exchequer tweeted: “Oil price was $53 pbl last night – lowest in 5yrs. Vital this is passed on to families at petrol pumps, through utility bills and air fares.” However, the airlines hedged by buying fuel ahead and that, coupled with the strong dollar, means that the immediate impact of the cost savings are less significant the Mr Osborne thinks.

Recessions are generally good for climate change, the downturn in economic activity results in less fossil fuel burning and less pollution, but the latest IPCC report published in November 2014 contained further evidence of the cumulative impact of greenhouse gases on our climate and pointed again to the urgency of action.

NASA and the NOAA in the USA reported a few days ago that 2014 was the warmest year on record, with global temperatures 0.68C (1.24F) above the long-term average, that means that 14 of the 15 warmest years on record have occurred since 2000.
Science Alert has published some really useful visualisations, showing just how little air and water exists in the thin atmosphere of our earth. Perhaps if they were more widely seen we might understand what “finite earth” means and the implications for us and our children.

So businesses need to continue to increase fuel efficiency reducing the carbon intensity of the tourism and travel sector. This is still a priority despite the lower financial incentive for resource efficiency.

Will consumer expectations about the environmental performance of the sector make a difference? TUI continues to promote the Travelife ratings for the hotels it uses and to encourage properties it uses to participate. Trip Advisor is rolling out its Green Leaders initiative, now in 66 countries, which has the advantage of giving much easier access for those travellers who want to know what green practices they can expect to see at a property and they can provide feedback, which may result in a third party audit. Although you still can’t search for a GreenLeaders property. It can be hard to find one – the Fairmont in San Francisco has GreenLeaders Silver Level. Take a look and make your own judgment about how informative the information behind the label is. It would not enable me to compare its performance on carbon pollution against other properties in San Francisco although I could easily report incorrect information.

BookDifferent have added a Carbon footprint rating for each hotel on their website; the rating gives an indication of the amount of CO2 resulting from staying one night in the hotel and gives an indication of the environmental impact. Using the Carmatop model developed by NHTV Breda University of Applied Sciences in cooperation with Hogeschool Zeeland and the Dutch tourism sector they have calculated the carbon footprint of 550,000 hotels. The model is based on 300 known carbon footprints and the facilities offered: for example, the number of stars and services offered like sauna, swimming pool and air-conditioning. The results are then adjusted for climatic conditions and the characteristics of each country in the world. Property owners have the option to have their carbon footprint corrected. I shall watch with interest.

With the price of oil where it is the cost-saving argument, which has been so effective in the last year or so, will be less so. We shall need to redouble our efforts with consumers and businesses alike if we are to continue to make progress on reducing carbon emissions or at least improving carbon efficiency. On the other hand it is clear that the international market in oil is far from being a free market, it seems likely that the price will rise again soon when supply is adjusted in order to raise the return to OPEC and the USA frackers.