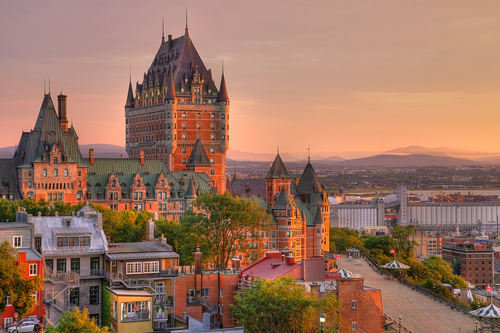 Tourisme Québec will showcase the province’s festivities, events and new openings at World Travel Market London (7-9 November) with a focus on Montréal’s 375th anniversary next year.

Montréal will be hosting a year-long city-wide party to celebrate its 375th anniversary in 2017, with December 2016 marking the launch of the festivities.

The 375th anniversary events will include music and comedy festivals, outdoor competitions, sports, and recreational activities and history exhibitions such as ‘Montréal en Histoires’, a large-scale multimedia project celebrating the rich history of Montréal.

The festivities aim to celebrate Montréal’s diversity, bringing together residents and visitors.

Montréal was founded in 1642 as a missionary colony under the direction of Paul de Chomedey de Maisonneuve and Jeanne Mance.

Montréal is also welcoming the opening of several new hotels and attractions ahead of the anniversary including the hotel William Gray which opened in July 2016.