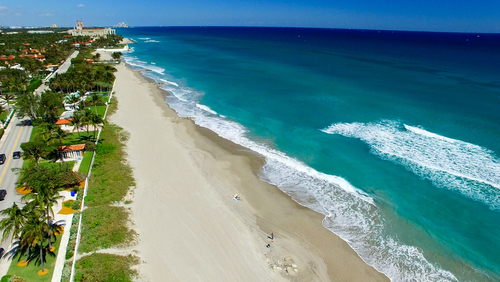 The Florida districts that make up The Palm Beaches will be pulling out all the stops to showcase the region as an alternative to Orlando and Miami.

Located two hours south of Orlando and one hour north of Miami, The Palm Beaches offers visitors everything from classic luxury to natural wonder, with a diverse collection of lodging options ranging from luxurious properties to trusted brand hotels.

The Palm Beaches consists of 39 unique cities and towns that bring together 15 distinct districts — 12 that focus on shopping and dining experiences, two for eco-adventures, and one centred on the Palm Beach County Convention Center and the surrounding Arts & Entertainment District.

Visitors to the stand can find out about new hotels including the Hyatt Place Hotel in Downtown Boca Raton and a Canopy by Hilton Hotels in West Palm Beach, as well as a new restaurant partly owned by NBA star Michael Jordan. Called 1000 North, it is situated on the Jupiter waterfront.