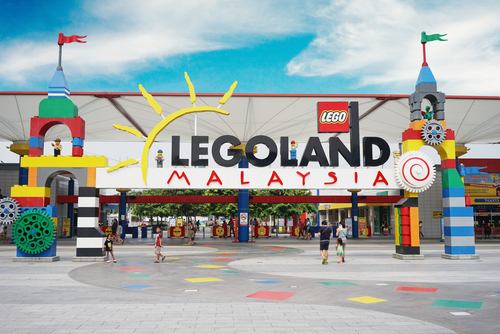 Visitors to the Global Village can find out about Merlin Entertainments’ expansion plans for 2018.
New openings in 2017 comprised of LEGOLAND Discovery Centres in Melbourne and Philadelphia, Madame Tussauds in Nashville, SEA LIFE Centre in Chongqing, and the launch of a new brand, the first ever, Little BIG City in Berlin in July 2017.

With rave reviews from visitors both local and international, the company has announced that it is to open the second of its exciting Little BIG City in China’s capital city Beijing in mid-2018.
The attraction is a completely new take on a miniature city: bigger in scale, bursting with real life stories and captivating special effects.

Merlin is also on track to open The Shanghai Dungeon in the late summer of 2018. Guests will see, hear, smell and experience some of the city’s dark history achieved through a combination of atmospheric themed sets, live actors, witty scripts, and cutting edge technology.

The Shanghai Dungeon will complement the existing iconic Merlin attractions in the city – Madame Tussauds, LEGOLAND Discovery Centre and Changfeng Ocean World. Expansion continues further in Asia, an important high investment market for the company, as its first attraction in India is scheduled to open this November 2017.

Madame Tussauds Delhi will pay homage to A-list celebrities from Bollywood through to Hollywood, in addition to featuring icons from sport, music and notables that have not only shaped the popular and historical landscape of India, but the world as a whole. Merlin is also looking to roll out several more of its iconic global Midway attraction brands such as SEA LIFE and LEGOLAND Discovery Centres in key cities across India, and expects to invest up to £50m there over the next 10 years.

LEGOLAND Discovery Centres are some of the company’s most popular attractions around the world and fall under the company’s Midway portfolio.