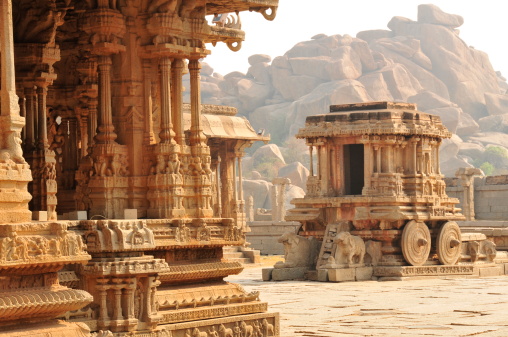 Bangalore, September 2021 At WTM 2021, Karnataka will present  a world filled with vivid colours, rich heritage and culture, wildlife and the best of what nature has to offer.

The state’s abundant wildlife and lush forests are truly a paradise for nature and wildlife lovers. It is home to 25 wildlife sanctuaries and five national parks. Popular among them are Bandipur National Park, Bannerghatta National Park and Nagarhole National Park.

Karnataka has the second highest number of nationally protected monuments in India. The ruins of the Vijayanagara Empire at Hampi and the monuments of Pattadakal are on the list of UNESCO’s World Heritage Sites. The cave temples at Badami and the rock-cut temples at Aihole representing the Badami Chalukyan style of architecture are also popular tourist destinations. The Hoysala temples at Belur and Halebidu are proposed UNESCO World Heritage sites. The monolith of Gomateshwara at Shravanabelagola is the tallest sculpted monolith in the world, attracting thousands of pilgrims during the Mahamastakabhisheka festival.

The Western ghats have popular eco-tourism locations including Kudremukh, Madikeri and Agumbe. The waterfalls of Karnataka and Kudremukh National Park are listed as must-see places and among the “1001 Natural Wonders of the World”.

Several popular beaches dot the coastline including Murudeshwara, Gokarna and Karwar. In addition, Karnataka is home to several places of religious importance. Hindu temples including the famous Udupi Krishna Temple, the Sri Manjunatha Temple at Dharmasthala, Sri Subramanya Temple at Kukke and Sharadamba Temple at Sringeri attract pilgrims from all over India. Shravanabelagola, Mudabidri and Karkala are famous for Jain history and monuments.

Recently Karnataka has emerged as a hot spot for wellness tourism. Karnataka has the highest number of approved health systems and alternative therapies in India. These range from Ayurveda, Siddha, Yoga, meditation and allied modalities. Along with some ISO certified government-owned hospitals, private institutions which provide international-quality services have grown tremendously over the past decade.

Mr. Vijay Sharma, Managing Director of Karnataka State Tourism Development Corporation says:  “In the post Covid scenario, we have seen a considerable interest in our products and destinations. The focus in previous years  on promotion of destinations such as Hampi, Mysore, Pattadakal and Kabini have also shown results in terms of recognition, recall and association with the State. Tour operators are on the lookout for better options, more variety and great experiences. Keeping these in mind, tour operators, particularly the larger ones have been excited to join hands with Karnataka Tourism to promote the destination. We hope to make the best of this interest during our time at WTM.”