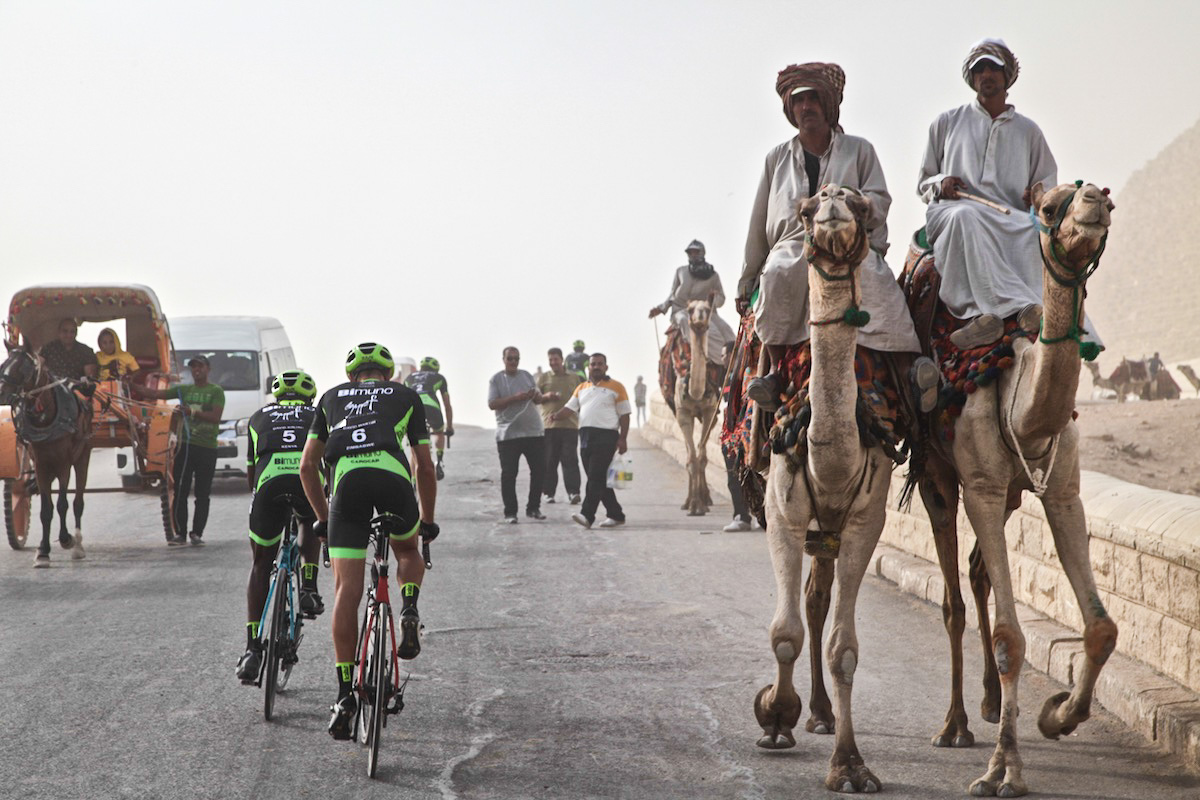 Egypt are using the record attempt to cross the African continent on bikes, which starts in Cairo today, to kick start cycling tourism to the country – especially from cycling mad Britain.

The CAROCAP team are riding more than 303km every day at an average of 30kph with temperatures exceeding 40 degrees centigrade, with the aim of raising the funds to supply 1,100 bicycles to be distributed across the African continent.