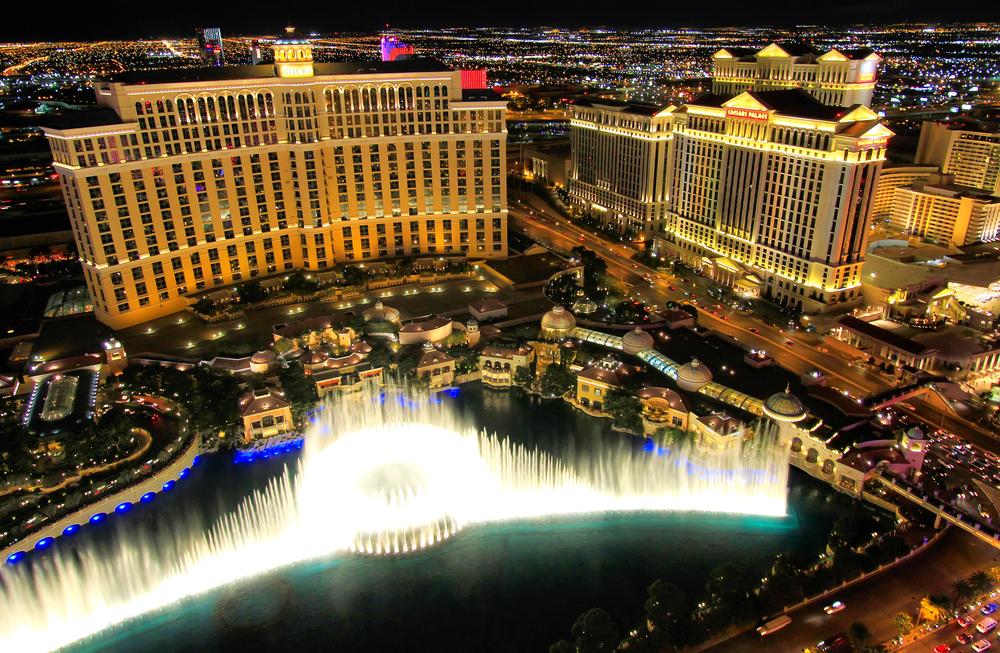 Visitors to the Las Vegas stand will be able to find out more about The Park, the brand new green haven and entertainment area that will open in 2016 just seconds off the Strip.

The joint venture between MGM Resorts International and AEG is expected to become one of Vegas’ most talked-about attractions.

The Park will create an immersive outdoor destination spanning more than eight acres, featuring green initiatives, natural landscaping and microclimates, creating an oasis that is just steps away from one of the largest urban boulevards in the world.

In stark contrast 2016 is also the year that one of the city’s most well established properties, Caesar’s Palace, will celebrate 50 years on the world-famous boulevard, while 2016 will see the Asian-themed Resorts World Las Vegas open its doors.

Construction began in May, with the resort opening n multiple phases. The first phase of opening, in early 2016, will include 3,000 hotel rooms, 22 luxury villas, a retail village, over 30 restaurants and bars, an aquarium, a live entertainment venue and an observation deck overlooking the Strip.

For music fans, global superstar Jennifer Lopez kicks off her headline residency at Planet Hollywood in 2016, while Celine Dion returns to her headlining residency show at The Colosseum at Caesars Palace

Meanwhile, the world’s first ‘Hangover’ wedding chapel is now taking bookings. The chapel is inspired by the Hollywood film The Hangover, offering Jägermeister shots, Elvis as the minister and movie characters ‘Phil’ and ‘Alan’ as wedding witnesses.