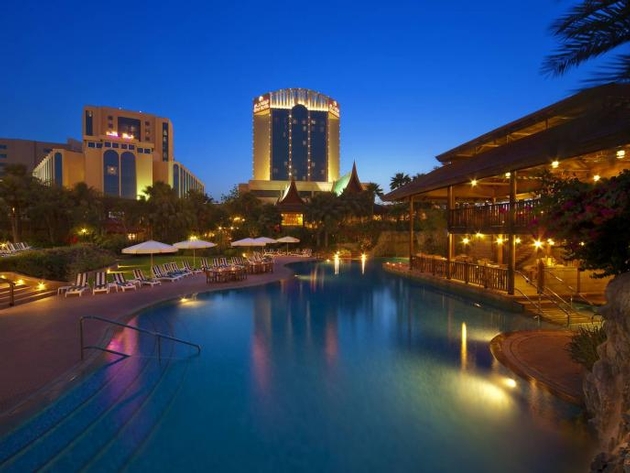 The Awards give WTM’s Official Media Partners – which represent key travel industry media around the world – an excellent platform to congratulate and recognise those companies and individuals that have made the greatest contributions to travel and tourism in their region or sector.

The Gulf Hotel Bahrain opened in 1969 as Bahrain’s first five-star hotel with 130 bedrooms and a couple of food and beverage outlets.

The hotel has moved with the times and has changed beyond all recognition. Today, the property consists of 359 bedrooms, 97 luxury apartments, nine award-winning, fine dining restaurants and 29 conference and meeting venues, including the 2,200 seat Gulf Convention Centre.

The continued evolution of the hotel has enabled it to maintain its leading position in the five-star market and despite intensive competition from numerous chain hotels, the Gulf Hotel continues to remain popular and competitive.

Over its 45 years in operation, the hotel has greeted an estimated 16 million guests and has been at the forefront of promoting the employment of Bahraini nationals in the hotel industry. It was the first five-star property to appoint a Bahraini general manager back in 1980.

Reed Travel Exhibitions, Senior Director, World Travel Market, Simon Press said: “The Gulf Hotel and Gulf Convention Centre established itself as Bahrain’s original five-star hotel when it opened its doors in October 1969. Today, the hotel has secured its presence as the Kingdom’s first and most luxurious property, providing exceptional service and outstanding quality standards for over 40 years.”