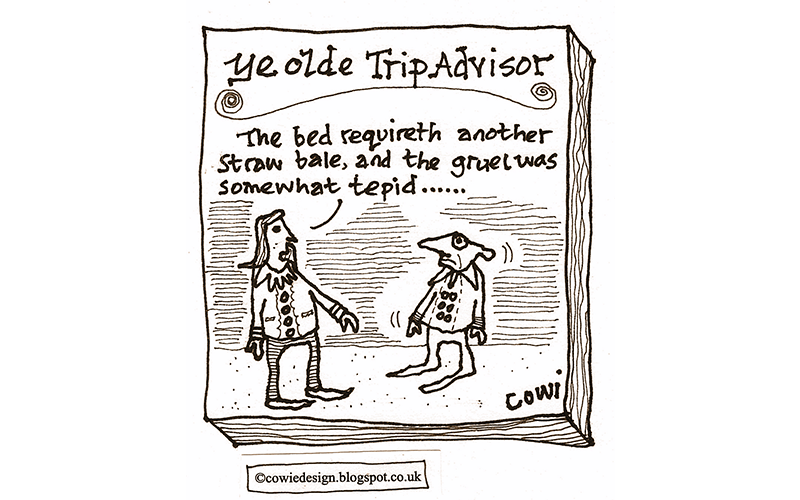 TripAdvisor is the largest travel site on Earth. Its statistics are staggering. In Q3 2015, it reported reaching 350 million unique monthly visitors. It has more than 290 million reviews and opinions, covering more than 5.3 million accommodations, restaurants, and attractions. TripAdvisor operates in 47 countries worldwide.

I like to think of TripAdvisor as a ‘snowball business.’ A snowball starts off small. Push it down the side of a mountain and it has little momentum of its own, requiring your time and energy to keep it moving. As it grows it gains its own momentum, gathering more and more snow, rolling faster and getting bigger and bigger. So it has been with TripAdvisor. The more reviews, the more accommodation held on the corporation’s servers, the more attractive it becomes to consumers, the more likely they are to post their own reviews, the more products that will be listed, in an ever-growing virtuous spiral.

But earlier this month it was reported that TripAdvisor stock fell to its lowest level in nearly three years with its stock falling 28% between late October and early February. It is a truism that business growth follows an ‘S’ curve. Slow growth in the early start-up period is followed by accelerating growth that then tails off at the top of the S curve and may even decline after that. It is also true that many impressive online businesses have come and gone.

Do you remember the phenomenon that was Friends Reunited. Visit the website and read the message, “It is with a heavy heart, that we have decided to close the service down. This will happen on the 26th February 2016.”  What about Myspace? According to Wikipedia, in June 2006 it surpassed Google as the most visited site in the USA.  As of this month it is ranked right down at 1,296th.

So the questions is: Has TripAdvisor peaked and, if so, should the rest of us in the travel industry be concerned?

In its quest for an increasing revenue stream and continued consumer relevancy, TripAdvisor launched Instant Booking a little over a year ago.  This meta-search/booking facility is now rolled out across 11 countries with a global roll-out expected this year. The partnership with Priceline Group, announced in October 2015, and subsequent integration of its Booking.com inventory has also helped accelerate TripAdvisor’s instant booking expansion.

With Instant Booking’s roll-out, I see a good year or two ahead for TripAdvisor but it is going to have to face off competition from other meta-search services such as Google Hotel Finder and SkyScanner Hotels. I am by no means convinced that consumers know the difference between meta-search and OTAs such as Booking.com. However, we all know that TripAdvisor’s review capability is quite simply way ahead of anything else that competitors can offer and it is the reviews that keep bringing consumers back to TripAdvisor, so I think that Instant Booking has a good future.

In the medium term, I wonder whether TripAdvisor can keep its revenues growing or whether these will top out? TripAdvisor is a quoted corporation nowadays (NASDAQ). Shareholders like to see continued healthy growth. My concern for TripAdvisor is I cannot see where the longer term growth is going to come from once Instant Booking has peaked.

One thing I am certain about, though. The travel industry managed excellently before TripAdvisor came along and would manage excellently if it no longer existed.

What do you think the future holds for TripAdvisor?