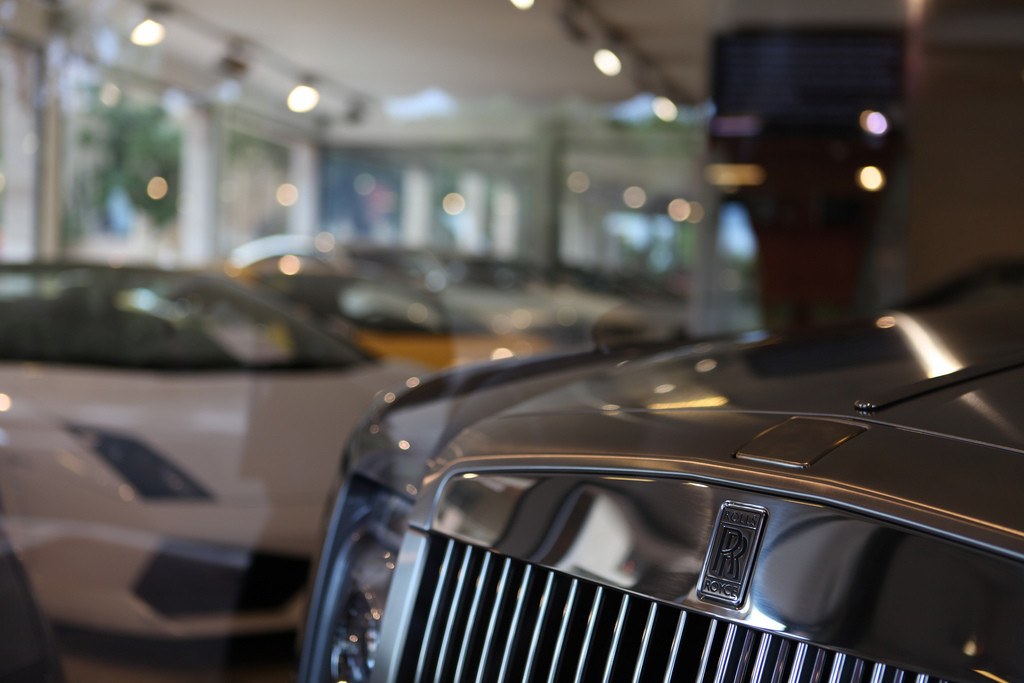 Today let’s talk about the world’s big spenders and their spending habits.

“You must spend money to make money.”

Going by this year’s luxury spending reports, it looks like the flurry of bills and credit card swipes aren’t about to slow down. In the Ultra High Net Worth Individuals’ realm anyway.

But first let’s determine who the UHNWI (Ultra High NetWorth Individuals) are. They are defined as individuals who possess investable assets of at least US$30 million.

The number of UHNWI in the world has increased significantly since 2000. And though the numbers increase steadily, several factors come to play as to how UHNWI spend their money.

Travel and migration are just two components of these. For instance, some UHNWI who come out of the Middle East and Russia are now also looking into investing in uncut diamonds and jewellery as these items are portable and are readily convertible assets anywhere in the world.

Let’s take a look at the top 5 countries likely to see strong growth in big-ticket spending by the ultra-wealthy residents, as well as visiting UHNWI. (based on Knight Frank Wealth Report)

I’ve also included some personal suggestions on extra reading (or viewing) material that I found helpful in understanding how the global economy became composed of the haves ,the have-nots (and the have yachts!)

With the UK economy going strong, the wealth growth of the country is in a slow but steady pace. There is a high score (9/10) for luxury brand spending in the UK. It is forecasted that the UK is to overtake France and Italy to become the leading luxury shopping market in Europe by 2018.*

Luxury travel is also a big spending area for the UK’s UHNWI (and visiting ones too), which doesn’t come as a surprise with London being a centrally located hub in Europe.

Suggested documentary: BBC’s The Super Rich and Us.

In this index, China’s UHNWI scores a whopping 10/10 in the realm of luxury brand spending. As it is, the Chinese are already the single biggest consumers of luxury goods in the world, accounting for some 29% of the global luxury spend.

Conversely, China scored the lowest in luxury travel spend, having a score of only 2/10. I believe that one of the factors contributing to this low score is in having a culture that puts tangible objects as a priority.

Now one may be inclined to think that China’s economic growth has been pretty impressive, but Qatar’s advancement is even more jaw-dropping. As per the 18th volume of Barclay’s Wealth Insight, 98 percent of Qatar’s most wealthy made their money in the last 20 years- the fastest growth rate in the world. Therefore this explains Qatar’s perfect score in the wealth growth factor (10 out of 10).

Another area where Qatar’s UHNWI scored perfectly is spending on imported luxury items. This is hardly surprising as Qatar is where you can probably find the highest concentration of 7-figure supercars, and collecting Lamborghinis, Ferraris and Bugattis seem to be a past-time hobby.

We will be seeing more of Qatar in the next years as it plays a bigger role in the global community.

Oh Canada! I’ve to admit that I was quite surprised to find Canada on the 4th spot with its UHNWI spending.  The 2014 World Wealth Report states that as of last year,  there were approximately 320,000 high net-worth individuals in Canada. This is quite impressive for Canada’s population of 35 million.

And even more inspiring to know is that Canada’s UHNWI are mostly self-made. The BMO (Bank of Montreal)  commissioned a study which revealed that 48 per cent of Canadian millionaires are either immigrants or first-generation Canadians with at least one parent born outside Canada.

While I personally wasn’t surprised that India made it to the list, the report does mention that this is unexpected because among the BRIC Countries (I haven’t heard this term in a long while. It is acronym for Brazil, Russia, India and China- labelled as the emerging national economies), India is one of the lower profile countries.

Yet India has shown astonishing growth over the last decade. The population of UHNWI in India has increased by 166% over the last ten years. This explains the 10 out of 10 score of India in the wealth growth sector.

And what do the UHNWI of India spend on? Travel. India is the only country to achieve a perfect score in the luxury travel spend by its UHNWI, with an extremely low score on big-ticket luxury goods (1 out of 10)

The UHNWI of India must know the age-old secret: That travel is the only thing you buy that makes you richer.

I recommend reading Mohsin Hamid’s “How to Get Filthy Rich in Rising Asia”. Though it is fiction, it portays a realistic scenario to those who’d like to imagine just exactly how India’s UHNWI increased by 166% over the last decade.

Now with all this talk about affluence, I would like to leave you with the most inspiring quote I’ve come across about wealth:

“Wealth, like happiness, is never attained when sought after directly. It comes as a by-product of providing a useful service.” – Henry Ford

And I’m curious, if you are to be a UHNWI for a day, (or a year even!) what would you splurge on?