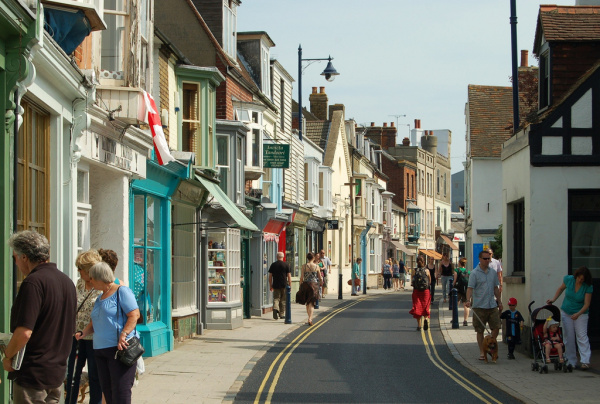 I live in Faversham in Kent, a working town at the end of the motorway, traffic speeds by to Canterbury with its cathedral and World Heritage sites; to Margate with its Tracey Emin legacy, the Turner Contemporary and Dreamland the heritage 1950s funfair; and to Dover for Calais and the continent. The tourists largely pass us by. Luckily most tourists do Canterbury as a day trip by coach or rail from London and, thankfully, there is no time to include Faversham.

At the heart of Responsible Tourism is the fundamental question of “What is tourism for?” Whose interests does it serve? Will Faversham be used by tourism, or will Faversham use tourism to enrich its offering of restaurants, cafes and bars; to enable locally-owned inns, hotels and B&Bs to prosper and to provide additional customers for our independent retailers and revenue for the conservation of our heritage?  Or will we go the way of Whitstable, just eight miles down the road?

Chris Britcher of Kent News has just published a piece, “Whitstable: Is it in danger of disappearing up its own backside?“  Britcher writes about the impact of the Whitstable Oyster Festival, saying: “The good folk from London will arrive en masse. They will ignore all parking restrictions. They will believe a spare spot of pavement is a free parking spot. They will flock to the harbour and happily spend £10 for a tub of cockles. They will boost the local economy, no doubt – shopping in the endless stream of boutique clothes stores and good quality restaurants. But they are also possibly causing irreparable harm to the place… there is the distinct danger that it is becoming a victim of its own success…Where once the community and its associated effort comprised merely of those who lived and worked in the town, with a focus on how to benefit those who live there, today it is rapidly becoming a mere commodity. A tourist trap close enough for the Down From London (DfL) brigade to visit upon a weekend and spend all that disposable income they are famous for.”

Whitstable’s shops and public facilities increasingly serve the needs of these ‘DfLs’ at inflated prices; while local houses have increased in value and can sell quickly – but locals cannot afford to trade up and their children have to leave to find somewhere to live.  Britcher concludes: “Whitstable is a genuine star, no doubt. But like so many stars it may live to regret turning its back on those who supported it when it was a relative unknown. Those good folk from Islington will flock for a while yet. But they will jump ship when the next ‘must visit’ place emerges, taking their dubious parking habits with them. Whitstable needs to ensure it is still self-sufficient should that happen.”

I share Britcher’s hopes – but I am not optimistic and now the same pressures are coming on Faversham – “two up, two down” nineteenth century start homes are being bought by Londoners as weekend cottages; and there is now a real crisis of affordable houses in the town.

Faversham receives a steady stream of visitors, guests who come to visit a traditional market town with a heritage of brewing, fruit packing, bricks and gunpowder. The Faversham Society guides can spend half an hour with an engrossed group of visitors, discussing the different bricks to be found in a short length of wall and explaining their properties and origin: Faversham bricks were used to build a good part of London, transported by Thames Sailing Barges that are still found berthed in Faversham Creek. The point is that Faversham still has visitors rather than flocks of tourists – we are still pleased to see them most of the year.

But not all year – the International Hop Festival held in September every year has grown in popularity. it started in 1990 as a community festival around the tradition of brewing and hop picking in the ‘Garden of England’ that is our home county of Kent. But it has now become a music festival, crowding out the locals, many of whom now choose to leave town for the weekend when youth arrives “pre-loaded” to enjoy the free music.

Twenty years ago the town was full of locals during the festival. Now the bands and the visitors predominate and security has become an issue, while the community and their heritage have been squeezed out. We don’t take part anymore.

Managing tourism so that it benefits the destination and the people who live there is a challenge – and one which we shall be addressing at World Travel Market this year, when we will be looking at Barcelona and Venice, along with other destinations affected by crowding. We’ll be asking how the industry can work together to manage tourism in destinations to ensure that the needs of visitors and locals are met.