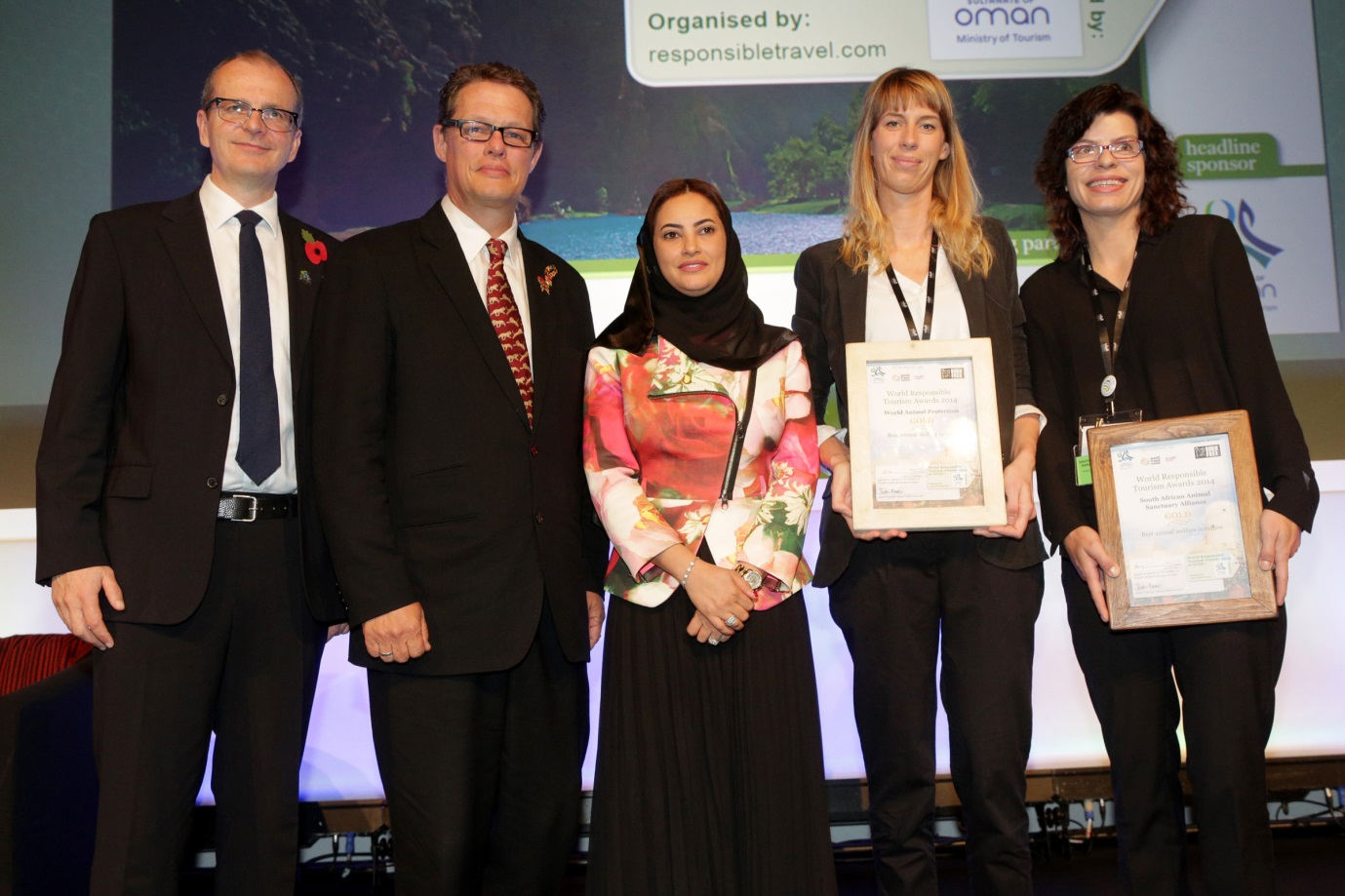 1 – What inspired you to create your business?

The South African Animal Sanctuary Alliance (SAASA) became a seed of a thought during the late 60’s and early 70’s when Tony Blignaut was doing overland safaris between Nairobi (Kenya) and Johannesburg (South Africa).

This was the period when “Bush meat” became rampant, and forest and their animal inhabitants were being wiped out at an unsustainable pace. Firstly the timber was harvested from their forest homes, and then the animals were hunted to feed the loggers. The meat from the slaughtered wildlife was used feed the loggers, but soon the surplus meat found its way onto the tables of villages, towns and restaurant menus. Taking the brunt of this wildlife massacre were the primates. It made no difference if it was a Gorilla, a Chimpanzee, or just a small Vervet monkey, primates were the meat of choice and their populations were rapidly reduced to small groups living in inaccessible areas.

One used to have the pleasure of observing hundreds of primates in well structured groups on a trip from Johannesburg to Nairobi in 1967. A mere ten years later, you would not see a single primate on a trip between Nairobi and the South African border. This reality was disheartening. Bush meat’s negative impact was spliced across Africa like a scar.

This prompted Tony to do something significant for primates in particular, and for wild animals in general, should he ever be in a position to do so.

The result: in 1998 he opened Monkeyland Primate Sanctuary in Plettenberg Bay South Africa, and seven years later Birds of Eden, followed by Jukani Wildlife Sanctuary which was brought into the SAASA fold in 2012.

2 – How does being responsible help your business attract potential customers?

Times are changing, people are becoming much more informed and conscious about what is right and what is wrong. There is a new awareness about environmental issues; people are no longer only worried about how natural resources are used, but also about what happens to it after it is used. Social media has had a lot to do with this awareness, nothing can be hidden anymore. It is far easier to name and shame than ever before, and with so much information being available on electronic media people are able to make more informed decisions. Not only in their home and work environments, but relating to their travels as well.

We have been outspoken advocates for responsible and ethical tourism practices from the inception of our company.  Therefor people who have always been concerned and even those who are new to “responsible tourism” choose to support our sanctuaries as a first choice.

Our responsible tourism approach has set us aside from other products that have not yet seen the light.

3 – How do you engage guests in your responsible tourism activities?

Our “activities” are guided tours of our three sanctuaries; these are conducted by experienced guides. During these guided tours at Monkeyland the guides take you on a 1 hour tour through the 12 hectare forest.  The guides do their best to spot as many primate species as possible.  This is a very interactive period between the guide and the guests.  Often the animals are found by following calls or other noises in the forest. Once a species is spotted, the guide passes on interesting information about the species, the plight of the species, their endangered status and what you as a visitor can do to ensure their survival. We follow the same methodology at Birds of Eden and Jukani Wildlife Sanctuary.

All our safaris are educational; people leave the sanctuaries with a far greater understanding of the animals and the reason why sanctuaries like those of SAASA are needed.

4 – What is the responsible tourism initiative of which you are most proud?

There are many, but we believe that the responsible tourism initiative that we are most proud of is the joy and freedom that we have brought to the animals in the sanctuaries, has to come out on top. These animals are generally helpless and the quality of their lives has laid squarely in the hands of humans all their lives. Their circumstances have not been ideal, many coming from laboratories, circuses or any other captive situation where they were ill-treated, obviously this all changes when they reach any of our sanctuaries. During your visit you can almost physically feel the joy of the animals in our sanctuaries.

That is why the phrase “Making happy endings to sad stories” fits so well with what we do.

In many regards our responsible tourism initiative has brought positive change to the lives of thousands of animals, but in addition to that we are very active in lobbying and working towards better treatment of all animals. We are the voice of the voiceless.

5 – What positive impacts does your tourism business have on the community / environment where you are based?

Our responsible tourism business is the largest employer of locals in our community, where over 50 people are employed full time. Each of these have on average 5 dependents so there are many lives touched by our initiative. In addition to direct employment, the local community benefit from our local procurement of R10 million a year. We also run community projects, like soup a kitchen, sponsor a teacher’s salary at the community school, and sponsor and fund many community sport projects.

A brand new initiative that we have thrown our weight behind is the Upcycle/Recycle Swop Shop, a concept that has all the local municipalities excited.  At the Swop Shop you take recycle materials which then gets weighed and valued.  The value amount you can then change for goods in the shop.  This is helping the poorest of the poor to keep food on the table, clothing in the closets and school books at the ready.

The socio-economic benefit to the local community is just one side of the coin, we also have a strict “local procurement policy”, so most of what the animals eat, and what you will find in our curio outlets are products produced by the local community.

6 – What has been the biggest challenge you have faced?

South Africa is a young country, and our government only 20 years old. Young Governments tend to lack the foresight gained by centuries of holding office, corruption is rife, responsible utilization is not always the prime consideration, often being out placed by the higher bidder. Laws are not always well thought through before being in-acted; often these can impact tourist arrivals.

Corruption and miss management of municipalities, unemployment and civil unrest as the country tries to carve out a route forward, have been the largest challenges we have faced.

We understand that it is not something that can be changed over night, and the tourism industry as a whole are doing their best to mitigate the consequences of the miss-management.

7 – What advice would you give to any entrepreneur starting a responsible tourism business?

Look at the industry through the eyes of your clients, see what it is that they would like to see, and then build your business with those values.

Tourism is a great industry to do that in, treat people the way you would like to be treated, be it a client, a supplier or one of your staff. This is one of those industries where a positive outlook and ethical policies will be contagious and trickle through to the staff and noticed by your clients, and of course the opposite applies.

Make it a policy that everything you do in your organization involves everyone in the company; work out alternative ways of doing the same thing, different and better ways.  You will be surprised that often doing something in a more responsible way works out less expensive, and more often than not generates greater buy-in from your staff and support from the travelers.