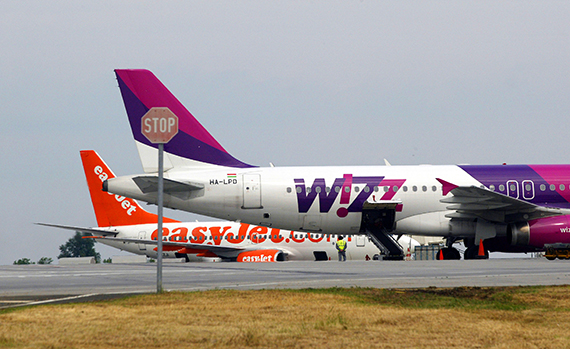 The WTM Vision Conference Moscow 2015 will hear today (Tuesday 7 April) that low-cost airlines’ commitment to flying to Russia is vital to the recovery of the country’s tourism business.

Research presented today at the WTM Vision Conference Moscow predicts that the number of Russian passengers flying on low-cost carriers will increase by an annual rate of 13% over the next four years.

Euromonitor International Research Analyst Marija Milasevic notes that carriers such as easyJet, Vueling and Wizz, already active in the market, are being joined by new start-up airlines such as Pobeda, a wholly-owned subsidiary of Aeroflot which serves the domestic market.

Airports in Russia are also improving as a result of the government’s commitment to tourism.

The increased presence of international hotel chains such as Marriott, Accor and Hilton will also help restore inbound numbers and increase domestic options.

Euromonitor International also says that increased adoption of online digital platforms is also an important factor for tourism moving forward. Some 60% of the Russian population is online, 44% of whom access the web via mobile.

Overall, 2014 saw a drop in not only outbound but inbound tourism numbers with declines of 4% and 3% respectively. But important leisure destinations actually saw an increase, with Egypt up 34% and Turkey 6% year-on-year.

In terms of inbound, Russia welcomed 10% more Chinese visitors in 2014.

Other WTM Vision Conferences confirmed for 2015 are Beijing (April 13th) and Cape Town (April 15th as part of WTM Africa).

“Despite the difficult current political situation in Russia, the research shows how Russia tourists remain a critical source market for key European and North African destinations.

“While the growth of no-frills carriers at Russian airports will help to fuel inbound, domestic and outbound tourism.”

Reed Exhibitions is the world’s leading events organiser, with over 500 events in 43 countries. In 2014 Reed brought together over seven million event participants from around the world generating billions of dollars in business.

It is part of the RELX Group plc, a world-leading provider of information solutions for professional customers across industries.