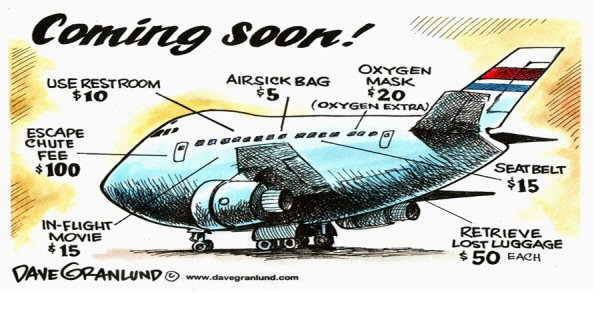 You know you are doing a good job when other players in your marketplace start attacking you.  So, for example, the Daily Telegraph headline last month, “Courtney Love attacked by anti-Uber protesters in Paris. Singer and former wife of Kurt Cobain claims she would be “safer in Baghdad” after her car is attacked by angry cabbies in Paris.”

Or how about “French hoteliers have taken action against holiday accommodation options such as Airbnb, penning an open letter to the prime minister urging him to even out the competition.”

Now it’s the turn of Ryanair’s Michael O’Leary (who I don’t think is French but still likes to complain).  He is claiming that flight comparison sites “make no sense” and “shouldn’t exist.”  An article in the Guardian states that he has written to four other leading airlines in Europe asking them to display each other’s fares on their websites, to circumvent the price comparison sites.

Metasearch sites such as Skyscanner are doing a great job in satisfying a fundamental consumer need, which is the urge to shop-around for price comparisons before committing one’s hard-earned money to a purchase.  And, of course, due to the commoditised nature of airline flights, these are an ideal product for price comparison shopping.

If there is one thing that businesses such as Uber and Airbnb have taught the world, it is that if you can make life easier for consumers, they will flock to your door.  Both these businesses and other new entrants have developed technology that saves consumers time and increases their knowledge by delivering the perfect information needed to make a purchase in an easily accessible manner and then providing a simple route for the consumer to consummate the deal.

The latter point, doing the deal, has been one of the gripes about metasearch.  Having done the search, the consumer is typically transferred to the supplier’s website, in the case of travel, perhaps an airline or an OTA.  This sometimes works well enough but other times it can be messy.

Skyscanner has been testing a new approach.  When consumers makes a booking, they now stay within Skyscanner’s website, using Skyscanner’s own booking form.  When I tried this, at the top of a page for a booking with Bravofly are the words, “Fill out Skyscanner’s secure and easy booking form and we will pass your information to Bravofly, who will complete your booking and email you when it’s confirmed. If you have any questions, please contact Bravofly.”  The booking form includes taking payment details.  It has been designed to be a very simple one-pager with the only optional extra being ticket insurance.

As with Uber and Airbnb, Skyscanner is capitalising on the fact that consumers much prefer to stay within a single visual environment for an entire search and transaction sequence rather than be taken from one website to another.  Skyscanner controls the design of the entire search and book process which, if they get it right, has to be good for their consumers.

So metasearch is moving on and, even if Michael O’Leary is not so keen, the travelling public certainly is.