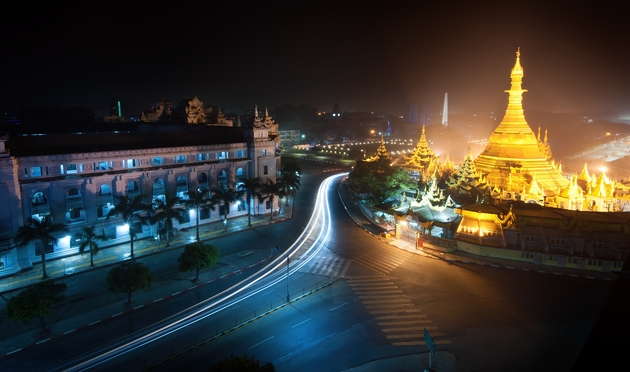 The emerging destination of Myanmar is set drive up international visitor numbers from about two million last year to 7.5 million by 2020 – thanks in part to Top Gear.

Worldwide exposure on the BBC motoring show, along with other TV programmes, has helped boost bookings to the country, also known as Burma.

Khiri Travel Myanmar – which made travel arrangements for Top Gear and other documentaries – says the country expects about three million international visitors in 2014.

The travel agency is exhibiting in November at World Travel Market – the leading global event for the travel industry – to spotlight opportunities for tourism in Myanmar, ranging from the country’s highlights to its remote regions and friendly people.

Edwin Briels, General Manager at Khiri Travel Myanmar, will be at WTM to talk about his experiences with Top Gear, as well as Griff Rhys-Jones – who travelled to Myanmar to uncover his father’s experiences during World War II – and Chris Tarrant, filming Around the World by Train.

Despite developments over the past three years, since the newly democratic nation returned to the tourist map, he said there is still “enough space for growth and the sights are certainly not over-crowded or overly touristy”.

Coverage by Top Gear was “priceless”, said Briels, but he added that “fantastic feedback” from people travelling with Khiri in Myanmar are key factors in the company’s growth too.

“Word-of-mouth advertising is very strong. Or as Top Gear presenter Jeremy Clarkson said in the programme: ‘This is so beautiful, you have GOT to come here’,” said Briels.

Khiri Travel Myanmar will be returning to WTM following a successful time at the event last year when it came second in Authentic Travel section of the Amadeus & WTM Travel Experience Awards.

“WTM is the biggest travel trade event in the world, so it’s a great event to take part in,” said Briels.

“This year, for the first time, we also exhibited at WTM Africa and will be present there again in 2015.”

As well as promoting Myanmar’s highlights, he will be urging people to explore remote or more recently opened areas such as the states of Northern Shan, Mon and Kayin.

“Myanmar is changing into a vibrant democracy. I believe the whole world and travellers should support this positive change,” he added.

“Burmese are very friendly and open for a chat with foreigners. The interaction between locals and Western visitors is still a very special one, for both sides.”

The main source markets are Thailand, Japan, China and the US, with the UK in ninth place.

“They know they will be busy with networking and business deals over the four days of the event as WTM is the best platform to spread the word about Myanmar.”

Khiri Travel Myanmar will be on stand GV720 at WTM with fellow Khiri Travel Group brands.