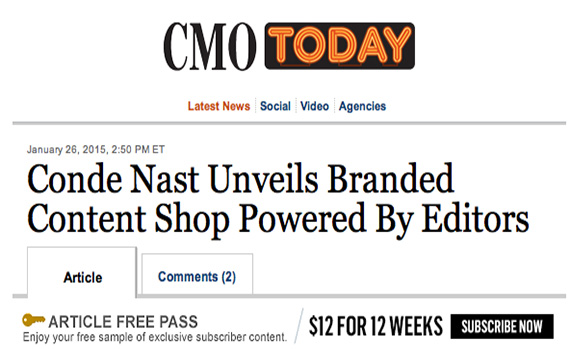 Recently, a blogger friend told me of a trip she will take in March to Africa. Nothing new there.

Except that the publication she is writing for (a very prestigious title) is being paid by the destination. She will get paid out of the fee received. The publication will run the copy as mainstream content.

There is a shift going on here. Historically, publishing companies would use freelances to write ‘advertorial’ features. That is to say, content produced separately to regular editorial features and clearly designated as such.

Advertorials were just that. Paid for content, approved by the destination, which appeared in print often with a different typeface to that used in the rest of the paper and magazine. Publishers always sought to separate their content from that which is paid for.

But in the face of declining circulations and new media, those barriers are disappearing. Now the paid-for blogger will find parity in print with that of the staff writer. Got any money? We’ll give you space, say publishers, with equal status.

The shift was highlighted this week by Conde Nast. In an article from rival publication The Wall Street Journal, it was revealed that CN is creating a branded content division that will use its own staff to write advertorials.

“With all due respect to the players in the space, we don’t think the quality is particularly there. We think we can do better,” Edward Menicheschi, Condé’s chief marketing officer, is quoted in the article.

This is fundamental. While writing stories for CN, the same staffers will be producing advertising content. It’s already being done by Mail Online, says the article.

But not surprising. Publishers are under the cosh and old distinctions between ‘pure’ content and advertising are being lost as those same publishers seek to stay alive and use writing skills to make money in new ways.

What journalists think is not an issue. And for bloggers, it is another opportunity to establish credentials by showing off print CVs as well as their own blogs.

The blurring of lines continues apace. Travel companies should take note: you can now argue a case with established publishing companies to have your holidays featured in established editorial pages, for a price.

The days of journalists choosing which trips they would like to take, and have featured in the travel pages, is dwindling. Money rules.