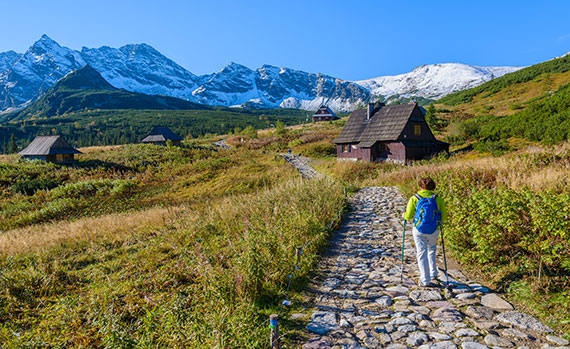 Why? Because the tourism industry and its current dominant path of development is stuck in a rut. The current model includes a collection of woefully misplaced energy and values. The traditional leisure tourism development model is, at best, growing and creating some short-term jobs, and at worst, could be argued to be one of the more corrosive forces in industry today.

A primary Achilles heel of the global leisure tourism industry remains how it measures success: “heads in beds”, increases in visitation, how many rooms are built, how many people are moved through airports and other similar baseline statistical measures. Destinations clamor annually to rise in the rankings of the World Economic Forum Travel & Tourism Competitive Index. Profit at all costs continues to cloud truly deep, conscientious thinking about how this runaway train, stuck on the same track for many decades, continues to speed ahead.

Tourism development is largely broken. It is broken because it is a zero-sum game model. Energy and values are often anchored in short-term frameworks. In fact, in many places, tourism does far more harm than good. Leaders worldwide point to success in increased statistical measures. But, leaders are temporary. And, “good” statistics tend to make a lot of friends.Governments speak of job creation and fueling economic growth, yet the short-term emphasis continues to be on infrastructure – building more, building bigger and moving the masses, much of which requires external investment and where the profits leak away. Sure, “sustainable tourism” has entered the lexicon of the industry in recent years, yet institutionally, sustainable tourism remains mainly jargon rather than an essential ingredient to the way in which tourism develops.

In the face of the current traditional tourism development framework, what if a legion of pioneers stood up, and reconstructed and redefined how success in tourism was measured? What if values, recognitions and rewards were placed on the conservation, preservation and protection of wild places, of wildlife, of culture, of people, of languages, of art, of all those things that make up the character of a place? What if success were not measured by how many people can be counted in turnstiles, but rather, how many locals are closer to economic autonomy by earning the livelihoods through entrepreneurial means, how wildlife has returned and how many languages were revitalized?

Challenges and questions like these will form the basis of Pioneering the Next 50 Years, Today, a discussion led by myself and Keith Bellows, Publisher & Editor-in-Chief of National Geographic Traveler at World Travel Market (WTM) in London on Wednesday, November 5, 2014.

It’s time to explore a new course of action designed to help the entire tourism industry. Our session at WTM is designed to help us reconsider, re-frame and ultimately re-invent how we view development, how we value tourism assets, and where we place our investments.

On November 6, 2014, the last day of WTM in London, the ATTA also will present a follow-up event called AdventureConnect. This networking event will be presented in three parts. First, Wanderlust Magazine’s Editor-in-Chief Lyn Hughes joins the ATTA’s Chris Doyle and Ulrika Larsson to discuss trends in the adventure travel sector. Following that, Chris Doyle and Keith Bellows reiterate themes from their keynote address in a more casual discussion-oriented setting. Finally, there will be casual networking among outdoor industry and adventure travel professionals.