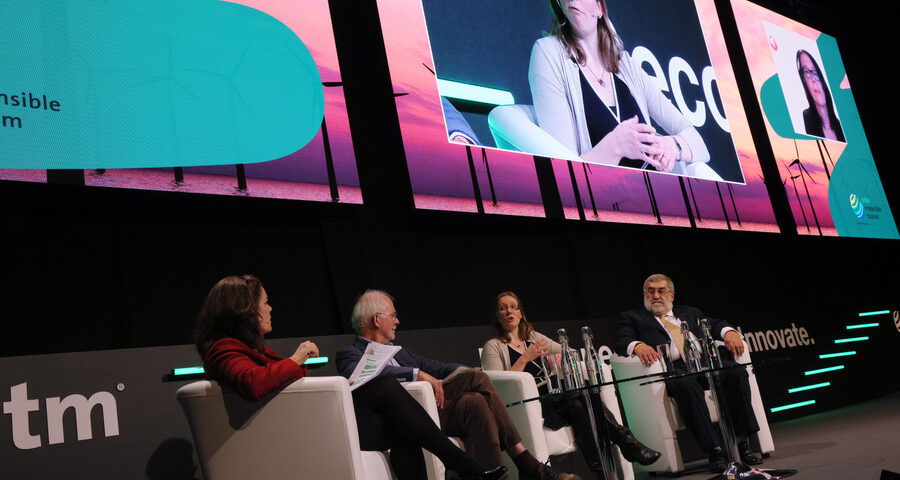 People in developed nations are becoming more concerned about climate change because it is affecting them directly now, according to WTM London’s responsible tourism expert.

“A lot of people did think it’s just a developing world problem but there has been flooding in the UK and the US. They realise that climate change will impact more and more, and they think about it more.

“Flying is something that younger people think about more, thanks to Greta Thunberg.”

He said the tourism sector must put pressure on the aviation industry to reduce its carbon footprint, warning that emissions from flying will account for 24% of all emissions by 2050 on current trends.

But he warned that hotels and aircraft being built today are not carbon efficient and will be around for decades to come.

“We need to get on top of it now and make big changes,” he told delegates.

Dr Paul Peeters, professor at Breda University, warned that current developments in aviation such as biofuels and offsetting were not enough to reach net zero by 2050.

Claire Whitely, Senior Sustainability Manager at the Sustainable Hospitality Alliance, said hotels needed to be retrofitted in order to reduce carbon emissions from activities such as heating, ventilation, cooling and cooking.

She cited an IHG stuff that showed carbon footprints could be cut by 75-80% through on-site measures – but emphasised how important it was that staff know how to use new systems correctly.

Speaking by video link from Australia, Suzanne Etti, Environmental Impact Specialist at Intrepid Travel, said the operator had been carbon neutral since 2010 but was now working with its supply chain to reduce emissions further.

It is also swapping shorter flights for alternatives such as rail travel and introducing more holidays offering cycling and walking, as well as more domestic tours for customers in Australia, New Zealand, the UK, US and Canada.

Harold Goodwin also joined a debate at WTM London about the importance of nature in tourism.

Matt Walpole, Global Strategist at WWF International, said: “Nature is a huge part of what we value in tourism and we all rely on nature but we are damaging it; it is in crisis.”

He said the sector must tackle the impacts of mainstream tourism on nature and hailed the efforts of nature-based travel and tourism businesses featured during the WTM debate.

Jarrod Kyte, Product and Sales Director at Steppes Travel, highlighted the importance of rewilding projects which are protecting biodiversity.

“Biodiversity in the UK is in a sorry state,” said Kyte, explaining that the biodiversity “intactness” score for the UK was 53%, compared to about 75% on average around the world.

But there is progress, he said, citing UK-based projects that are reintroducing species such as beaver, pine marten and wildcats.

Farah Mukhida, Executive Director fo the Anguilla National Trust, told the WTM debate that she has seen an increase in interest from mainstream holidaymakers in nature-based tourism.

“They want to see more of the island than just the beaches; they want to get off the beaten track and participate in the work that we are doing, such as planting trees and releasing hatchlings,” she said.

“They share their experiences and those stories can be powerful…and help influence decision making.”

Michael Lutzeyer, owner and founder of the Grootbos Private Reserve in South Africa, told delegates how the eco-resort switched during the pandemic to develop a soup kitchen to support those in need and created a new guide book documenting the attraction’s plants and wildlife.