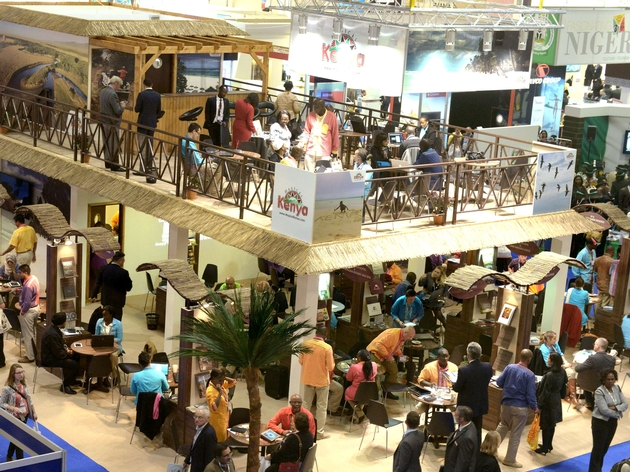 World Travel Market 2013, the leading global event for the travel industry, will generate £161 million in travel and tourism industry deals for African exhibitors, including North Africa.

The impressive figure has come from independent research of World Travel Market’s Africa and North Africa exhibitors and shows the value of deals, either through contracts signed at WTM 2013 or from negotiations with WTM Buyers’ Club members, which will lead to deals signed before WTM 2014.

Overall, World Travel Market 2013, the leading global event for the travel industry, will generate a record £2.2 billion in travel and tourism industry deals – an impressive 19% increase on WTM 2012.

Much of the boost to business was thanks to the speed networking sessions, which saw a record number of both exhibitors (760) and WTM Buyers’ Club members (211) on the Monday, while the Thursday session attracted 370 exhibitors and almost 90 members from the WTM Buyers’ Club.

There were 17 new African exhibitors at WTM 2013, including Board of Tourism for Sao Tome and Principe, Ghana Tourist Authority and Cape Verde. The Africa and North African region of the exhibition covers the whole continent from Egypt, Morocco in the North of Africa down to Mozambique and South Africa.

The participation of global hotel brands reflects the fact that Africa is a key market, as tourism grows along with rising numbers of domestic and regional business travellers moving between Lagos, Nairobi, Johannesburg, Luanda and other African commercial capitals.

The WTM Global Trends Report 2013, in association with Euromonitor International, forecast that the continent would see growth in visitor numbers and travel revenues in 2014, thanks to its buoyant economic growth, rising incomes, growth in business travel and an expanding middle class.

The report also identified a rise in multigenerational holidays, and an increasing focus on family-friendly safaris.

Meanwhile, Africa’s source markets are changing and moving away from the traditional Europe and US focus, with visitors from the BRICs and the Middle East becoming more important.

World Travel Market, Senior Director, Simon Press, said: “I am very pleased to report our Africa exhibitors have generated such a wealth of business at WTM 2013, and it bodes well for WTM 2014.

“As an organisation, we are working hard to facilitate further growth in the Africa market, with the launch of Reed Travel Exhibition’s Africa Travel Week – which includes the inaugural WTM Africa.”