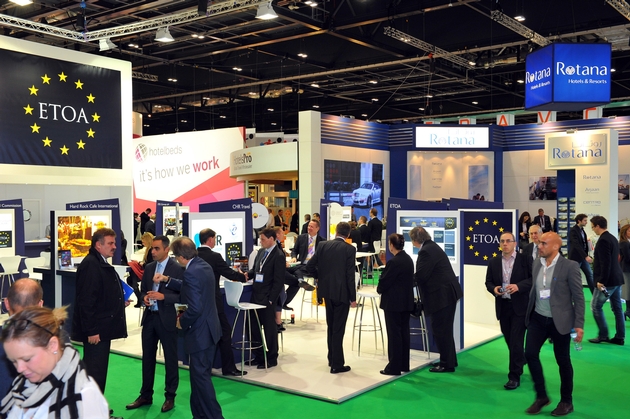 World Travel Market 2013, the leading global event for the travel industry, will generate £453m of business for exhibitors in its Global Village region, reveals independent research.

Independent analysis by Fusion Communications of the WTM 2013 Global Village region reveals £453m of contracts will be generated, either through deals signed at the event with WTM Buyers’ Club members or from further negotiations which will conclude before the start of WTM 2014.

Global Village exhibitors were strongly represented at the WTM Speed Networking events on the Monday and Thursday of WTM 2013. On the Monday exhibitors took advantage of the chance to meet contacts briefly before the event opened and arrange a more detailed discussion later. While on the Thursday exhibitors were able to tie up those last minute deals and meet buyers they hadn’t spoken to over the first three days of WTM.

Overall WTM 2013 will generate £2.2bn of business for all exhibitors before WTM 2014 opens on November 3.

World Travel Market, Senior Director, Simon Press said: “The Global Village region is an important part of WTM, and we are delighted that exhibitors are reporting an increase in the amount of contracts signed and deals delivered. Early indications are that many successful exhibitors are planning to return for 2014 and we are also expecting to welcome a few new names to the line-up.”

““The amount of business WTM 2013 conducted for all our exhibitors is phenomenal and a testament to WTM’s role in facilitating business on a truly global scale.”