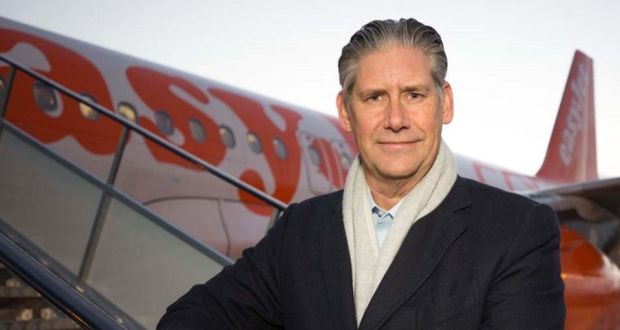 New easyJet’s CEO Johan Lundgren will share his plans for the airline’s future at WTM London 2018, in an exclusive interview designed to offer inspiration to delegates and help the flow of ideas creation around the travel industry.

Lundgren will be interviewed in a one-to-one session with leading airline consultant John Strickland. His appearance, on day one of WTM London, underlines WTM London’s commitment to bring the best speakers to the show, as highlighted by its new strapline: Ideas Arrive Here.

Lundgren joined the low-cost carrier in December 2017, taking over from Carolyn McCall. He joined at an uncertain and challenging time for the industry, with Brexit looming on the horizon.

During the session, he will talk about the airline’s preparations for Brexit, as well other challenges such as regulation and increased competition in the aviation sector.

The former TUI Group deputy CEO and CEO for mainstream markets will also discuss the airlines continued growth, its renewed focused on business travellers, the introduction of a loyalty programme and plans to expand EasyJet’s package holiday offerings.

He recently hired former TUI colleague Garry Wilson to build the division. In addition, the airline has launched a new base at Tegel Airport in Berlin.

John Strickland’s one-to-one session with Johan Lundgren is part of the WTM Meet The Travel Leaders series of interviews which are designed to give delegates a unique insight into challenges and opportunities with the industry. The sessions aim to inspire the creation of ideas around the industry.

“Ideas Arrive at WTM London and a senior executive of Lundgren’s vast experience at TUI and easyJet will give delegates a plethora of ideas on the future of the travel and tourism industry, and how they can develop and evolve their businesses to compete and thrive.

“He will also offer fascinating expert insight into key issues such as preparing for all eventualities as far as Brexit is concerned; identifying new markets; maintaining customer loyalty and keeping abreast of challenges such as security and industry regulation.”

Meet Johan Lundgren, the CEO of easyJet, and hear about the future of easyJet, and aviation markets takes place on Monday 5th November at 4pm in the Europe Inspiration Zone (EU80).