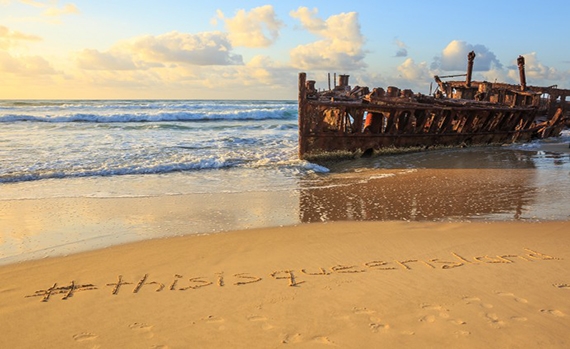 Just this week, we have heard how the Australian state of Queensland has gained the record for the world’s biggest InstaMeet.

InstaMeets are rapidly becoming a must for digital marketers. They originally grew up as a way for IGers to meet with like-minded people but tourist boards quickly realised their potential to spread the word – or more accurately the picture – about their destination.

On Saturday 4th October, more than 1,000 Instagramers gathered to take photos of the state. They were not all gathered in one place . The event, organised by the state’s official tourism body Tourism and Events Queensland, saw IGers gather in 89 locations.

Some of the images from the Queensland Instameet (Credit to Jason and Keiran).

Tourism and Events Queensland Some of the Instagramers had flown in from overseas, including the United States, the United Kingdom and Germany specifically to join the

The organisation had set a desired target of 3,000 images to be  uploaded as part of the event. In fact, the target was beaten before 9am. By the end of the day, more than 6,000 images had been posted in Instagram. The #thisisqueensland hashtag associated with the event, although not restricted to it, has now been used more than 120,000 times on Instagram.

Tourism and Events Queensland spokesman Lachlan Roberts told the Brisbane Times, “We were blown away by the response, there were heaps of people at the Instameets and we well and truly surpassed the 3000 photo mark.. hopefully it has showcased Queensland as a destination around the world.”

Leanne Coddington, the company’s CEO, said, “It’s just fantastic that the whole industry is really united. We are showing fantastic photos of Queenland destinations across the world.”

Other tourism bodies are also organising them, usually in conjunction with local Instagramers. Zurich Tourismus did one in September.Queensland’s en masse InstaMeet was not the first. The state wrested the record from the grasp of San Diego in California in an event organised by Instagramers San Diego in which 451 IGers got together.

Spain, and the regions of Costa Brava and Catalonia in particular, have been at it for ages. You can read what we wrote about that here.

So have we reach peak InstaMeet with the 1,000 or so IGers who descended on Queensland? Possibly.

The appeal for tourist boards in the past has been that an InstaMeet has been seen as a relatively low cost way of generating a large volume of effectively free marketing, often executed more beautifully than they could manage themselves.

Yet IGers are waking up to the fact that they can monetise what they do. IGers with huge numbers of followers realise they can sell their networks to the highest bidder, as long as they do so in an authentic and non-commercial way. Some tourist boards and tour operators dangle a free holiday in front of well-connected IGers. A small but increasing number are willing to pay hard cash for the right people.

And after all, if Instagram is monetising its platform, why shouldn’t those who create all that lovely visual content do so too?