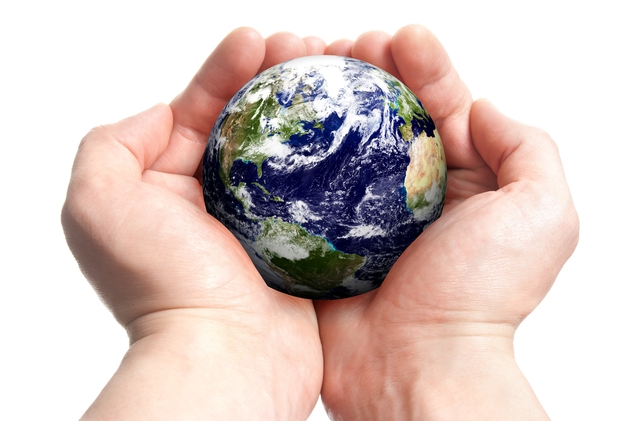 The annual event launched with a discussion about how the tourism industry can help elephant and rhino conservation efforts to tackle poaching.

Their debate was followed by inspiring stories from the World Responsible Tourism Awards, in front of a packed audience of more than 500 tourism professionals, media, ministers and officials.

The awards were organised by responsibletravel.com and sponsored by the Sultanate of Oman Ministry of Tourism.

Also on today’s hard-hitting agenda were debates about the social and economic issues surrounding cruising on rivers, lakes and canals; and child protection issues – with Save the Children calling for “orphanage tourism” to be discouraged.

Misunderstandings about Ebola are affecting tourism to the whole of Africa despite the fact only three countries – Guinea, Sierra Leone and Liberia – have the disease.

Adama Bah, Director of the International Centre for Responsible Tourism – West Africa, said: “The geographical misunderstanding of Africa may cause more harm to Africa than Ebola itself. Many people think Africa is one country.”

Traveller numbers have dropped to other West African countries, as well as destinations in other regions of Africa, including South Africa and Tanzania.

David Oades, founder of niche operator Overlanding West Africa, said: “We need to stress that West Africa is a region. There really is no reason not to visit Ghana, Nigeria, Senegal or the Ivory Coast.”

A campaign, United 4 West Africa (U4WA), has been launched by tour operators to raise funds to fight the disease and to promote travel to unaffected parts of West Africa.

The slots will become available when Virgin abandons its Little Red Manchester flights in early 2015.

Kreeger said he “would love” to offer new routes to places such as Beijing or Sao Paulo, but that Virgin was more likely to use the slots to increase frequencies on existing routes or for more flights to Delta’s hubs.

Dubai World Central airport aims to be the world’s “biggest and best”, thanks to a $32 billion investment by government-owned Dubai Airports.

Lorne Riley, Head of Corporate Communications at Dubai Airports, said the new airport will become a destination in its own right.

It currently has capacity for seven million passengers annually but aims to accommodate 120 million in about eight years’ time.

He commented that its desert location and government support mean it does not face any of planning issues which are hampering the growth of UK airports such as Heathrow.

At the World Travel Leaders discussion, senior executives talked about how, in the near future, technology and data could enhance the travel experience in the way as it has changed the methods that travellers shop and book.

Hilton Worldwide Senior Vice President and Global Head of Digital Geraldine Calpin said check-ins using mobile were not too far away, while British Airways Chief Commercial Officer Drew Crawley talked about how BA could identify passengers with a fear of flying and make sure the captain would reassure them before take-off.

Emerging nations are now competing for the right to host international events according to Future Trends in Sports Tourism, sponsored by Eurosport.

Another trend is the integration of art and culture into sports events, such as the arts festival which preceded Le Grand Depart, the opening stages of this year’s Tour de France in Yorkshire.

VisitBritain is launching the second wave of its ‘Love is Great’ LGBT campaign, bringing the message of a British welcome to more gay travellers in overseas markets.

The first wave – part of the wider VisitBritain ‘Great’ campaign – targeted the core market of the US earlier this year and was run with regional tourist boards and Radisson Blu Edwardian.

Paul Gauger, Global Head of International Media and Destination PR at VisitBritain, advised those marketing to the LGBT sector to use their own photography where possible, as there was a small pool of stock gay imagery which could result in “loss of credibility” if consumers recognised repeated images.

Wellness can be a catalyst for community regeneration, according to an expert at a WTM session on wellness integration for countries and businesses.

Camilleri also pointed out that resort operator Center Parcs employed thousands of people in Nottinghamshire who had previously relied on the area’s mining industry.

He claimed wellness was recession-proof, saying he hadn’t known occupancy rates lower than 90% for Center Parcs, even during the last two recessions.

Operators who bring clients to the MTV hip hop festival in Manila next year will be guaranteed good spaces by the Philippines Tourism Promotions Board.

The board’s President, Domingo Ramon C. Enerio, said tickets for the event – Music Evolution – are free but limited. As a key sponsor, the organisation has 30% of the ticket allocation.

The MTV festival in the second quarter of next year is one of several events being highlighted by the destination as part of Visit The Philippines Year 2015.