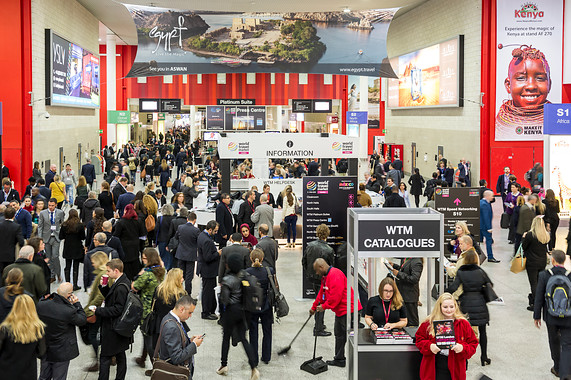 Responsible Tourism and Snowsports
Various ski resorts and ski holiday companies shared the many sustainability initiatives they were implementing. “We want to share mountain experiences with future generations,” said Marion Telsnig, Crystal Ski Holidays. The Tui-owned company offsets all business emissions and encourages their customers to do the same. All their owned hotels have achieved Travelife GOLD for sustainability, and the company has reported to the Carbon Disclosure Project since 2007.

Niina Pietikäinen, from Harriniva Hotels & Safaris in Finland – host for the next Responsible Tourism in Destinations Conference in 2016 – explained that hotels at resort use geothermal energy, reducing the need for oil by 200,000 litres, and that there are now electric car charging points in the resort.

Julie Jenkins, from Saalbach Hinterglemmer in Austria said that their resort offers a 3% discount to anyone coming by train. Daniel Elkan, founder of website Snowcarbon, which helps skiers get to resorts by train explained that up to 57 per cent of a ski holiday’s emissions are caused by travel to and from a resort should they fly. He said that few people realise it can take the around the same amount of time to get to a resort by train as it does by plane and that “there is a myth that it is more expensive to go by train.” He encouraged ski holiday companies to do more to explain to and incentivise travellers to come by train.

Freshwater and Marine Cruising
Rachel Bell from Ullswater Steamers, winner of the RT Awards for best Sea or River Cruise, spoke about their company’s efforts on sustainability. In particular they work with other local public transport companies and the national park to integrate the transport systems and provide information for the public so that they can have car free holidays in the area. As an example of the sort of measures they are willing to implement, she explained that the company shut down its operations completely when the salmon in the lake were spawning, and that the key to getting the public to support the lack of service at this time was simply explaining to them what was happening and why.

Lucienne Damm from TUI Cruises said that the company is implementing a range of sustainability-focussed measures that include integrating their routes, slow steaming and the application of environmentally friendly underwater paint. They offer excursions with a Green & Fair symbol that donate five euros or more to regional projects such as environmental education, sustainable whale watching and coral protection. She also said that the company will not take tours to Venice.

Perhaps most impressively, TUI cruises has launched new cruise ships that are 30% more energy efficient and can produce up to a 99% reduction in exhaust emissions thanks to the use of innovative combined exhaust gas treatment systems. Furthermore, she added: “We have got rid of the minibars in every cabin, and despite it being an unpopular step at the beginning with customers, once we explained to them they understood and saw that it has had a significant reduction in energy consumption.”

Can you taste the difference?
The final event of this year’s responsible tourism programme focussed on issues around responsible tourism and food. “Every hotel that worries about the amount of times people wash their towels is tinkering around the edges when it comes to water use reduction,” said Xavier Font. “The vast majority of the water use that hotels are responsible for is embodied in the food they serve.”

Salli Felton from the Travel Foundation said that thanks to their work with hoteliers and farmers in Fethiye in Turkey, local sourcing of food has risen from 40% to 70%. They also offer excursions to tourists to visit the farms where the food they are eating has come from. This too offers further income to farmers by way of tours and farm sales of products.

Glynn O Leary from Transfrontier Parks Destinations told the story of Baleni Salts from the Limpopo Province of South Africa. For 200 years local women have been harvesting salt on the banks of the river. It is a deeply holy place, rich in ceremony and stories. “If anyone knows about responsible tourism,” he said, “it is the people here.” They produce around 1000kg of salt a year, which thanks to Transfrontier Parks Destinations is now served in some of the best restaurants in Cape Town such as La Quartier Francais and has been admitted to the Slow Food Foundation as part of its Ark of Taste. Most of all though, there are now 30 local women sustainably harvesting the salt and earning a good income.

About Reed Exhibitions
Reed Exhibitions is the world’s leading events organizer, with over 500 events in 43 countries. In 2014 Reed brought together over seven million active event participants from around the world generating billions of dollars in business. Today Reed events are held throughout the Americas, Europe, the Middle East, Asia Pacific and Africa and organized by 41 fully staffed offices. Reed Exhibitions serves 43 industry sectors with trade and consumer events and is part of RELX Group, a world leading provider of professional information solutions. www.reedexpo.com