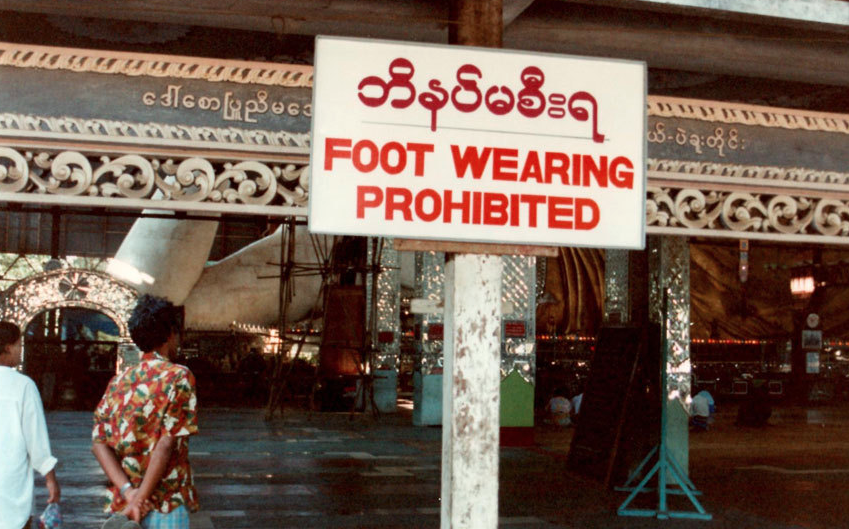 For several years when I was deputy travel editor at The Times, we ran a weekly slot in which we invited readers to share their favourite travelling tips.

Most were prosaic: carry your shampoo/plasters in an old plastic film container, or always pack candles in the event of a power cut (or to create atmosphere in a dingy hotel). That sort of thing.

Others were entertaining, or a bit cheeky. “If staying in a hotel over Christmas, take a present for the receptionist. It’s a nice gesture – and it will smooth the way for your request for a late check-out.”

But my favourite was about travelling to China. One reader had the helpful suggestion of popping in to your local takeaway to borrow a dual-language menu – so you could choose and point to your dish in a restaurant in China.

Language was always a great subject for readers’ travel tips: we also published reader’s photos of signs where something had been lost in translation, usually from China too.

Google has, in the past week, released new versions of Translate – an app in which you can translate through voice, images or writing into the screen.

It’s extraordinary. Just point the camera at the sign, or text (on the Chinese menu?), and it translates in real time. Google has condensed dozens of languages into 2-4mb packages, that can be downloaded – and used without wireless or network connection.

The visual (incorporating 27 languages) and voice elements of the app work very well. And there is a text application, which offers 90 language pairs.

The new release follows on from Google’s purchase of translation app World Lens a year ago. Now it is rapidly racheting up its ability to translate different languages and make it workable even with little or no connection.

The neural nets are packages of data that can interpret letters, approximate letters (say a 5 for a $) and shades/variations of letters, as they’re not always precise or distinct – see photo below.

Capping the amount of download data without affecting the depth of understanding is the clever part: Google is looking to reach out to developing countries with slow or limited connection.

It is also looking to lead the translatation field: although half of the internet is written in English, only 20% of the world’s population speak it, hence the demand for accurate dual translation tools.

The work by Google, Apple, Bing and others on translation apps is rapidly making the world a much more easier place to understand, and to communicate with.

Travel benefits most from that progress through, for example, the ability to translate blog posts; to better research and understand foreign language, or to record verbal translations and use those in social media.

And it means that the takeaway menu will mean one less thing to pack on your travels.