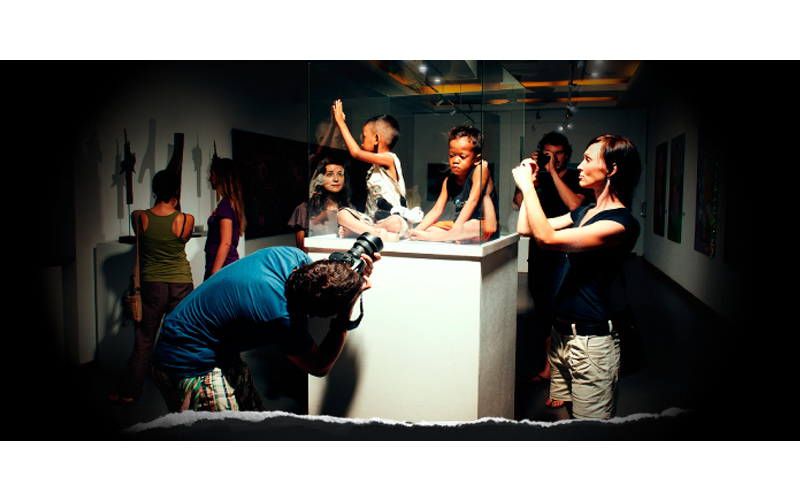 The tourism industry facilitates travel creating wonderful opportunities for people to experience other peoples’ places and their cultures. Most of those who travel will be wealthier than those they encounter abroad – whether waiters, drivers or people in local communities. Travel has become a mass activity but still only for those who are – globally – relatively wealthy – and disparities of wealth can result in exploitation, intended or inadvertent.

Unfortunately away on holiday, in a place we don’t know well and encountering begging children and poverty we can easily make bad choices. The road to hell is indeed paved with good intentions. It is not difficult to understand why tourists want to visit orphanages and to donate to them.  However, the dangers of volunteering in, visiting or donating to orphanages have been known for several years. The issues have been raised and discuss as part of the Responsible Tourism programme at World Travel Markets since 2011. Orphanages are not always what they seem and the demand for orphanage tourism, whether from volunteers or holidaymakers visiting or donating, can fuel child trafficking and abuse.

The Better Volunteering, Better Care Network, has been campaigning globally to raise awareness of the danger to children of volunteering in orphanages. But it is not just volunteering that creates demand for child trafficking to populate orphanages.

Charities and NGOs, tour operators and travel agents, bloggers , TripAdvisor, Lonely Planet  and mainstream consumer facing media like the Telegraph, Forbes and the Guardian, amongst others, have been raising the issue for some time –the reputational risk has been growing.  But still there are those in the industry who have not understood how damaging orphanage tourism is and why they have a responsibility to discourage giving to child beggars. Not everyone has seen Slumdog Millionaire or understood how their actions can encourage Fagins and child abuse.  Lest we think this is just a problem in the developing world, modern day Fagins have been jailed in Britain for organising child pickpockets and trafficking children to the UK to beg and steal.  There are well documented reports of organised child begging in Senegal , India  and the UK.

Friends-International have produced an excellent animated film about how donations create orphans, – rather we should be supporting families. Moliere wrote that: “It is not only what we do, but also what we do not do for which we are accountable.” British Prime Minister David Cameron has argued that professionals should be jailed for turning a blind eye to child abuse.

In the UK the new Modern Slavery Act received Royal Assent in March last year. The impact of the Act is not clear but it covers human trafficking.

Individual liability is very limited but it is evident that government is becoming more active in this area and an Independent Anti-slavery Commissioner is to be appointed to address “slavery, servitude and forced or compulsory labour and … human trafficking and the protection of victims;”  §54 requires large companies to “to publish a slavery and human trafficking statement each year which sets out the steps it has taken to ensure there is no slavery or trafficking in its supply chains or its own business, or states that it has taken no such steps.” Companies are unlikely to issue a statement declaring boldly that it has taken no such steps.

Large companies, at least, would be prudent to ensure that no one in their supply chain is engaged in trafficking and that probably precludes any involvement in organising volunteering or visits to orphanages. There are now many reputable organisations campaigning against orphanage tourism and they can be expected to refer to the Modern Slavery Act in their campaigning, it is very, very difficult to be sure that there are no trafficked children in any orphanage.

It is time to stop turning a blind eye to child protection abuses – and that includes orphanages. Tourism businesses should be supporting children to remain with their families. The issue has been extensively discussed at WTM – the children’s’ charities are very clear about what we should and shouldn’t be doing. The challenge now is to help formerly trafficked and exploited children through education, mentoring and training and to stop fueling child trafficking with tourism spend. We shall return to the issue at WTM London in November in the panel on Human Rights.

At last year’s WTM these experts spoke on Child  Protection watch the video.

Why the industry needs to withdraw from orphanage tourism.