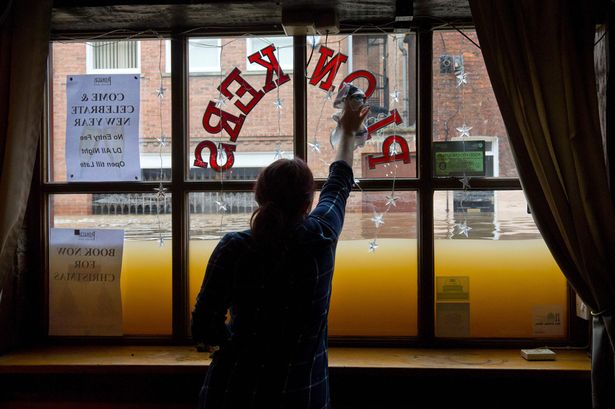 At this time of year, it is always fun to try and predict what significant happenings are going to take place in the coming twelve months. Thankfully, no one bothers to check back at the end of the year to see how wrong you were!

One thing I have been saying for a while is that the new norm is to expect the un-normal. We seem to be in an unprecedented era of unpredictable world events that impact the travel industry. Some of these are man-made events such as the terrorist atrocities we have experienced in 2015. Some are acts of nature, like the floods currently creating havoc in parts of the UK. So for 2016, we are sure to have more of the same, causing havoc and disruption to travellers and travel companies. More travel companies need to be sharpening up their operational procedures to swiftly and efficiently cope with crises as they come along.

For example, some decades ago, before I founded Genesys, I was the Director of a strategic IT consultancy. One of our assignments was for a major petroleum retailer. At the time, several of this company’s competitors were thought to be considering launching affinity credit cards. Our assignment was to put all the preparations in place so that our client could launch its own card as a swift response to a competitor launch. We had to design the card, agree its features, sign-up a credit card company, prepare marketing campaigns and so on. This was a very expensive exercise and the company never launched that card. However, it had everything in place to rapidly respond to what was seen as a potential marketing crisis.

In 2016, more travel companies may be putting in place detailed plans and the necessary resources for a rapid response to any crisis to which they urgently need to react. They will be ready to act immediately should a situation require the rapid movement of their travellers away from a vulnerable location. Putting the technology and operational procedures needed in place takes time and effort but this has to be worth the cost, knowing that you can swiftly move your travellers to safety should an adverse event take place.

With increasing recognition amongst consumers that the world is a more unstable place, I wonder whether there will be a swing away from unmanaged travel – both in the business and leisure sectors? In corporate travel, surely a business would be comforted to know that its travel management company (TMC) can track its executives’ movements and has a crisis management department that can act expeditiously to make ultra-last minute travel arrangements.

In leisure travel, wouldn’t more holidaymakers be comforted to know that they have booked with tour operators which have the resources to take action when they need to relocate quickly?

Technology, has a great role to play in crisis management. We have both the tracking and communications technology needed so that TMCs or leisure travel companies can know where their customers are and communicate with them if necessary. As an example, my latest real-time weather app, Dark Sky, knows exactly where I am in the world and sends me notifications when it is about to rain. (As I write this, it is telling me it will rain in 35 minutes.) Should TMCs be providing their travellers with a similar real-time tracker app that is constantly monitoring location? Would people find such tracking unacceptably intrusive or be comforted that they are being looked after?  Would similar technology be accepted by leisure travellers? With mapping apps such as what3words, it is now possible to easily communicate a definitive location even if you are in the middle of the desert.

Communications is not an issue. There is an abundance technology already available. We all have several comms apps on our smartphones, but how many travel companies and TMCs are using these?  Free internet based tools such as Whatsapp, Facebook Messenger and Skype should make it easy to communicate with travellers when needed.

So, for 2016, I cannot predict the unpredictable but I can suggest that, if you have not done so already, you get ready for the next crisis.