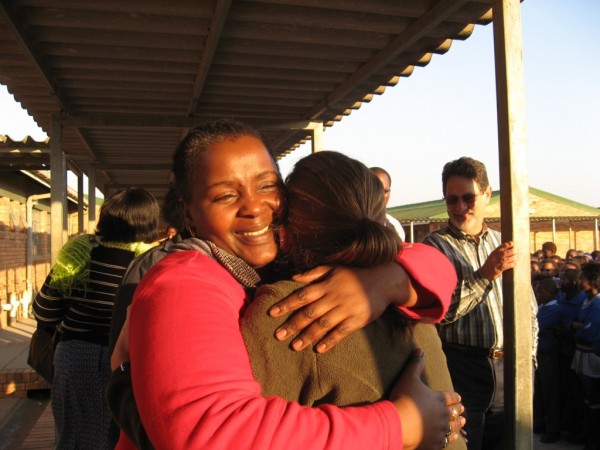 The origin of this often quoted maxim dates back at least to Saint Bernard of Clairvaux (1091-1153), who is credited with “Hell is full of good intentions or desires.” It has stood the test of time. In recent years there has been considerable controversy in destinations and originating markets about volunteering. Oskar Butcher has blogged recently about his experience of spending three days as the only teacher for 55 Ghanaian children aged between 10 and 16. As he is currently studying a BSc in Social Sciences, focusing on International Development and Politics at the University of Bath, not surprisingly he confesses to being a little out of his depth.

Discussing volunteering at WTM in 2014

As non-exec Chair of peopleandplaces, a not-for-profit company we established to be at the cutting edge of responsible volunteering, we have enquiries from volunteers who choose to travel with another provider. I remember an email we received form a volunteer who had travelled with a cheaper provider and who had, three weeks into her volunteering, just discovered why no one in the village was talking with her – to create the teaching placement for her, the local teacher had been fired.

As Oskar recognised:“Despite a number of differences between my volunteering experience and that of many others, there is one overarching similarity: I, the volunteer, was the primary beneficiary of my volunteering. I had an incredible trip and gained a wealth of CV-enhancing experience. However, I coached football with only a basic basketball coaching qualification, and I taught with no formal teacher training.”

Oskar rightly argues that: “Throwing criticism at voluntourism is not only unproductive, but also risks disillusioning (or even demonizing) well-meaning young people. Large numbers of engaged young people should surely be a source of optimism.”

The problem is not with the volunteers, although they should be more wary of the motives and practices of the organisations that send volunteers abroad. Some of the language used is a giveaway: “voluntourism” places too much emphasis on the tourism element. Volunteers withpeopleandplaces go to work abroad. So when the Nepalese government demanded that all volunteers had work permits we complied, because as a responsible organisation we should and because out volunteers would have been breaking the law if they worked without a work permit. Not all volunteers are properly insured – they are not holidaymakers, they are working and it is difficult to get insurance for manual labour.

I have seen examples of buildings half-finished and knocked down to ensure that there is a project for the next group. Anyone considering volunteering should expect to be able to speak with returned volunteers to check out the experience. There is an unfortunate, nay unacceptable, tendency for volunteers to blame themselves when their volunteering experience goes wrong – they are far too forgiving of the organisations which profit from their poor experience.

I wrote back in 2012 about Rachel’s bad volunteering experience in Nepal, where she steadfastly refused to name the organisation she travelled with.

‘It is common for volunteers to blame themselves, to hope for the best, as Rachel writes, “All through the training I’d had my doubts, but I’d told myself and told myself that once we got to the district, it’d be OK.” It is also common for it not to be, “when we got there [we] still had no idea what we were doing – and we went for a walk around in the dark to see our new surroundings.”

Experiences like Rachel’s are destructive; there is cruelty in placing volunteers in situations where they are untrained and unsupported. It is not acceptable.’

Volunteers should expect the same standards of care and contract compliance that are legally required for overseas holidays; and they should think long and hard about what they and the community are gaining from their volunteering. If you could not do it at home, should you be doing it abroad?

Peopleandplaces have some important questions any volunteer should get solid answers for before they book.