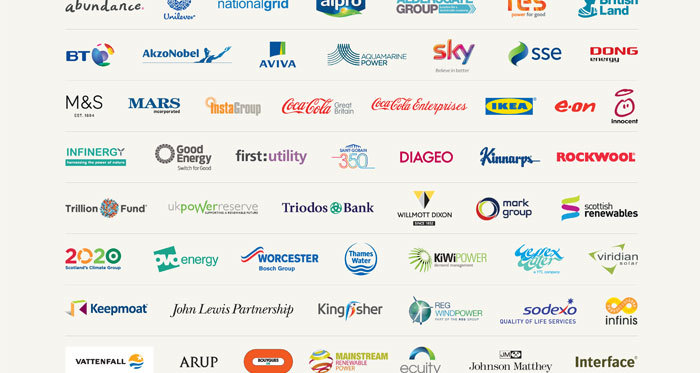 Last week 80 major British firms sent a letter to the prime minster calling for the UK to be at the forefront of actions to address climate change. Published in the Financial Times, the signatories came from a wide range of industries and included the likes of Coca Cola, Unilever, BT, Tesco, Marks & Spencer and SKY. There was, however, not a single tourism company on the list.

Why not? Of course none may have been asked, but if ever there was a time to make extra effort to position yourself on the right side of the climate change debate, it is 2015. Even the fossil fuel industry is changing its tune, with six major oil companies writing earlier this month to governments and the United Nations and calling on them to implement tougher carbon pricing.  The US, European Union and China have already made significant pledges for action in advance of the Paris Climate Conference. And this Thursday the Pope has made global headlines with his much anticipated Papal encyclical, which will focus on climate change, environmental destruction and poverty.

Yet when last October the Carbon Disclosure Project published its FTSE 350 Climate Disclosure Leadership Index, it featured just one company working in tourism, TUI (who it should also be noted, received a score of 100% for the quality of its carbon reporting and transparency). Likewise when CDP published a global version it featured just two tourism companies, Wyndham and Finnair. Yet in February this year, OTA Bookdifferent (powered by booking.com) announced that it was publicising the carbon emission figures for more than 591,000 hotels on its site. How long will it be before not having your carbon emissions listed will be seen as saying you have something to hide, as backward in thinking (and commercially disastrous) as trying to avoid negative reviews by not having a Tripadvisor profile at all?

Potentially the current climate story that should most concern the tourism industry is the rapid growth of the global divestment campaign, which calls on large institutional investors to ‘divest’, or take their money out of, fossil fuel stocks. In recent months it has seen the likes of the Rockefeller Foundation, the Church of England, and French insurer AXA announce they were cutting some or all of their fossil fuel related stocks. Most significantly, early this month, Norway’s $890 billion government pension fund, considered the largest sovereign wealth fund in the world, announced it would divest from businesses that rely at least 30 per cent on coal.

For now, the campaign’s focus has been on oil producing companies, but such success could easily result in a widening of targets to those companies most reliant on fossil fuels.  “There is no logic to blaming the producers of energy raw materials, rather than the companies and people that consume energy,” wrote John Gapper in the Financial Times, in article criticising divestment’s approach.  “Why should Exxon be a divestment target while others such as Apple, which runs energy-sucking server farms and produces millions of electronic devices, escape?” he asked. It is a question that aviation companies and international tourism brands should ask themselves – and be sure to have an answer prepared.

The industry is capable of building carbon neutral hotels that serve as public showgrounds for the potential of clean technologies; of ensuring that parks that protect habitats against deforestation remain financially viable; of supporting the production of local, seasonal food. In a society driven by the urge to produce and consume, tourism at its heart can help people slow down and enjoy the deeper pleasures that come from time spent away from screens and with those you love.

In other words, there are plenty of authentic stories we can tell. What we can’t do is hide.