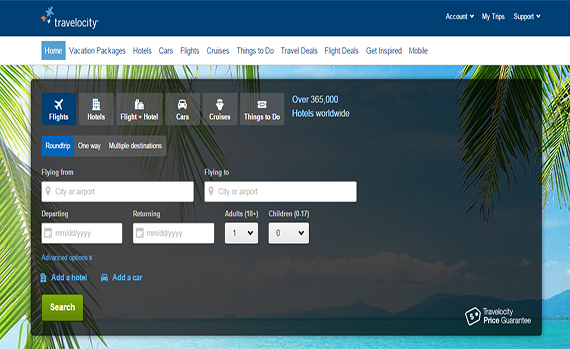 Expedia has just purchased Travelocity from Sabre for $280 million in cash.  This comes after Sabre’s recent sale of lastminute.com to Bravofly Rumbo for $120 million.  Following the Travelocity deal, Sabre CEO and president, Tom Klein, said, “Our primary focus at Sabre is to provide mission-critical software solutions to our global airline, hospitality, and travel agency customers – and to help them support their customers every day.”  Sabre clearly was thinking differently when it founded Travelocity and made other OTA acquisitions.

Meanwhile, Bloomberg reported a few days ago that Orbitz is working with a financial adviser as it reaches out to potential buyers.  Orbitz is a US based OTA.  It was founded by a group of airlines in 2001.  It was acquired by Cendant in 2004.  When Cendant sold its GDS Travelport in 2006 to Blackstone, this included Orbitz.  The company operates a number of brands including ebookers which was originally founded in the UK by Dinesh Dhamija.

Take a look at the Orbitz website and you will see that it is just another OTA.  It is a sizeable business, though.  Its 2014 Q3 Investor Presentation reported 1,400 employees and the organisation was estimating to take $463 billion in online travel bookings in 2014.  Yet it is one of the smaller OTAs.

So, slowly but surely OTAs are consolidating.  This begs the question, “How many OTAs does the world need?”  After all, if you ask the typical traveller what are the differentiating characteristics between the major OTAs, I guess they wouldn’t have a clue.

The world could manage with one OTA that dominates the world but this seems an unlikely scenario.  How might consolidation play out then?  Here are my thoughts:  The USA only needs one OTA.  However, competitive concerns will probably result in there being two.  These OTA will be so rich that they will have the financial muscle to move into Europe (as is happening now).  They will continue their expansion in Europe so that they both end up taking over the market here.  In theory, there is nothing to stop their expansion worldwide but I think regional factors will come into play.  The Big Two – as I will call them – will come up against local competition in China, possibly Russia and perhaps the Middle East.  These are the markets where I think consumers favour local businesses.  What will happen in the rest of APAC?  Could a South American OTA dominate that part of the continent or will it also become the domain of the Big Two?  What about Africa?

Lots of questions that bring me right back to the first one, “How many OTAs does the world need?”  I am guessing between four and six.  What do you think?