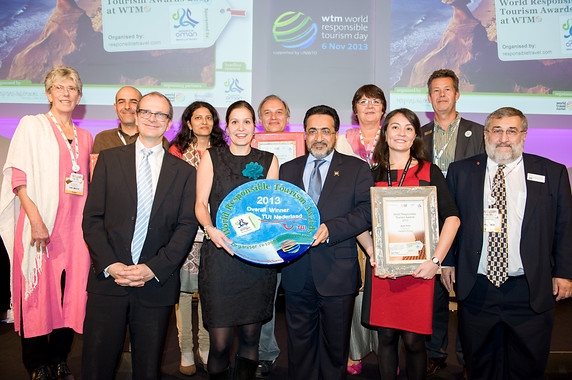 Since May, when this year’s awards were announced, over 1,000 nominations have come in from four continents. Since the nominations closed the long-listers have been hard at work painstakingly identifying those businesses and organisation in each category which might be worthy winners in 2014. For the first time this year we have announced the entire long list to the industry and the public and created an opportunity for people to comment, and share their views, about the category. What are the issues which really matter? Where is the cutting edge of Responsible Tourism? Who are the leaders? But remember the judges can only award from amongst those who have been nominated this year – if you know of others who should have been nominated remember them and nominate them next year.

All those on the long-list – more than 200 – have been sent questionnaires and they’ll be filling them in over the next few weeks. It takes a while to fill in the questionnaires and we’ll be taking up references before the judging day. Chairing the judges is a privilege and a challenge – there is always a lot of argument as the judges discuss the relative merits of those who have completed the detailed questionnaires and debate who should be the winners and highly commended – the evidence of impact presented by those nominated and their referees is increasingly important. It is rarely an easy decision.

We have a strong panel of judges including Simon Press of World Travel Market, Nikki White and John de Vial of ABTA , Rebecca Hawkins of RHP, Debbie Hindle of Four bgb, Justin Francis of responsibletravel.com, Fiona Jeffery of Tourism for Tomorrow, Mark Watson of Tourism Concern, Lisa Scott of the Metro and  Matt Walpole of WCMC. Collectively they have a great deal of knowledge about the issues and about what is innovative, exceptional and worthy of emulation.

The judges are looking for businesses and organisations which are leading the way in taking responsibility for making tourism better, for using tourism to make better places for people to live in, to reduce poverty, to include people with disabilities, to share culture, to conserve cultural heritage, to contribute to the conservation of wildlife, and to improve animal welfare. We are looking for companies and organisations which have demonstrably used tourism to make a part of the world a better place and which have met some of the aspirations expressed in the Cape Town Declaration.

We have asked the judges and long-listers to refrain from public debate – but we’d like to hear what you have to say.

Harold Goodwin, Chair of the Judge of the World Responsible Tourism  Awards.