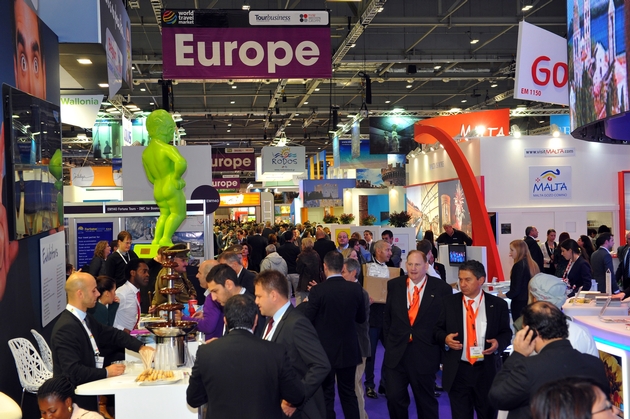 World Travel Market 2013, the leading global event for the travel industry, will generate a massive £494 million for its European exhibitors, including UK & Ireland, reveals independent research.

Independent analysis, by Fusion Communications, of the WTM 2013 Europe & Mediterranean and UK & Ireland regions reveals £494m of contracts will be generated, either through deals signed at the event with WTM Buyers’ Club members or from further negotiations which will conclude before WTM 2014.

Examples of business deals conducted by European and UK exhibitors include Encore, which is expecting to seal deals worth £5m due to WTM 2013. And Andalucía, which signed suppliers worth six figures in just one day of WTM.

The £494m business deals figure for WTM exhibitors from the regions covering Europe is a 5% increase on WTM 2012’s £469m figure.

The European region of WTM 2013 had a massive 43 new exhibitors reflecting the improving economic climate across continental Europe. Russian flag carrier Aeroflot was the biggest name back within the WTM fold. VisitBrussels was also new, strengthening the overall presence of Belgium at this year’s WTM. Spain’s state-owned railway Renfe also exhibited.

Furthermore, Flanders started a two year Premier Partnership of the event at WTM 2013, while long-term major exhibitors including the national tourist boards of Spain, Germany and Italy were also present.

The UK & Ireland region had 10 new exhibitors including Portsmouth Historic Dockyard and the London Theatre Group.

The regions were also strongly represented at the WTM Speed Networking events on the Monday and Thursday of WTM 2012. On the Monday exhibitors took advantage of the chance to meet contacts briefly before the event opened and arrange a more detailed discussion later. While on the Thursday exhibitors were able to tie up those last minute deals and meet buyers they hadn’t spoken to over the first three days of WTM.

Overall WTM 2013 will generate £2.2 billion of business for all exhibitors before WTM 2014 opens on Monday 3 November.

World Travel Market, Senior Director, Simon Press said: “The amount of business WTM 2013 conducted for Europe and the UK regions’ exhibitors is phenomenal and a testament to WTM’s role in facilitating business on a truly global scale for its exhibitors.

“2014 will see an increased focus on Europe with it being the 100 anniversary of the Great War, this should see even more deals agreed by European exhibitors at WTM 2014.”