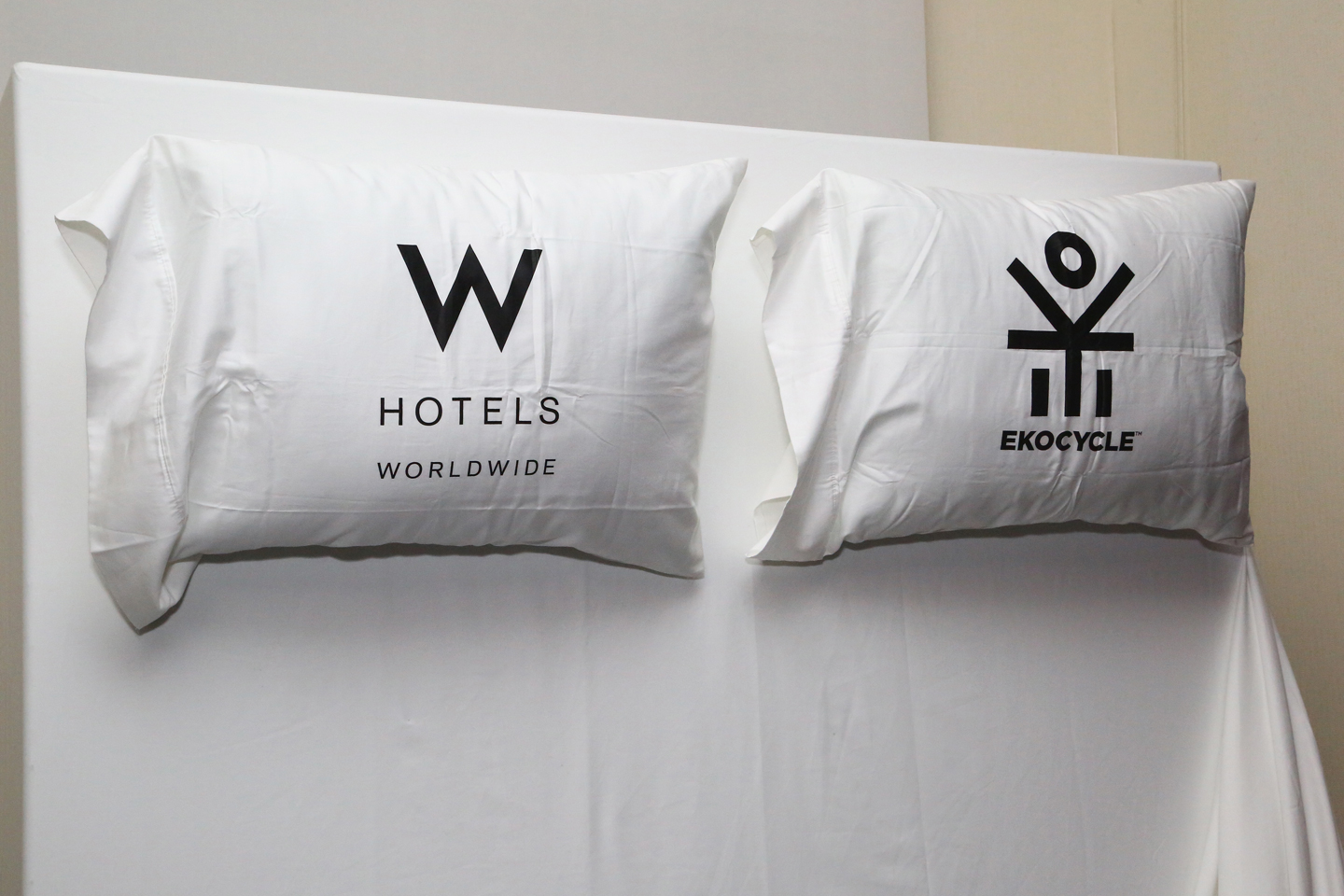 Following several recent news stories about hotel approaches to towel and linen sustainability, here is a simple guide to getting it right.

1:  USE THE MOST ENVIRONMENTALLY FRIENDLY MATERIALS POSSIBLE

W Hotels in North America have launched a new range of bed linen made from recycled plastic bottles. Early May saw the hotel launch the Ekocycle range of bedlinen, designed in a partnership between Will.i.am from the Black Eyed Peas, and Coca Cola. Each king size Ekocycle sheet contains around 31 recycled 600ml plastic bottles. It’s an excellent example of making sustainability seem cool while designing waste out of a system.

2: GET YOUR MESSAGE RIGHT

Too often hotels print exaggerated greenwash messages on their cards, suggesting that people can somehow ‘save the planet’ by using less towels. Increasing amounts of research show this form of messaging isn’t the most successful approach. Researchers at the University of Luxembourg arranged for hotels in two Swiss and Austrian ski resorts to put three different signs in their bathrooms: one was a typical request to use fewer towels to help the environment; one said that 75 per cent of hotel guests reuse their towels; and the third claimed three-quarters of guests in that particular room reused their towels. The  third approach was by some margin the most successful, backing up earlier research that came to the same conclusion. “People want to be accepted into groups and so we act in ways that make us belong,” wrote the study’s lead author Dr Gerhard Reese in The Journal of Social Psychology. “Instinctively, we feel close to those who have used a hotel room before us, believing that they are similar to ourselves. Thus we are more likely to follow their behaviour.”

3: SHOW A TANGIBLE BENEFIT FOR GUESTS

Starwood’s ‘Make a Green Choice‘ scheme  give guests a $5 food and drink voucher or 500 Starwood points for every day they decline housekeeping’s services (except departure day). of course this approach not only rewards guests, it does so by driving custom to its own restaurants. However as a word of warning about unforseen negative consequences, in December 2014, 200 protesters amassed outside Toronto’s Sheraton Centre objecting that the green programme was taking away jobs. Working out how to reassure staff that their jobs are not at risk from sustainability schemes that will by their nature reduce their workload will be a challenge for any accommodation provider looking for a truly integrated solution.

4: SHOW A TANGIBLE BENEFIT FOR SOMEONE ELSE

Radisson Blu has just launched a new towel reuse campaign with water charity Just a Drop. For every 250 towels that guests reuse, the hotel chain will donate enough money to Just a Drop to provide clean water for a child for life. Guests will learn how many children were provided with drinking water through the hotel’s in bathroom cards, with Radisson Blu hopeing to ensure 12,000 children have access to fresh drinking water each year.

At the Eco Fashion Week Show in Edmonton in May, seven designers showed off kimonos made from former bed linen from the local Fairmount Waterfront Hotel. Likewise, Marriott is partnering with a UK social enterprise called  SleepingBags to repurpose hotel bed linen that has reached the end of its life back into items that can be used in guest rooms – such as bathrobes, tote bags and slippers.

Know of any other innovative responses to the hotel linen reuse schemes? let us know in the comments or on social media at @wtm_wrtd?