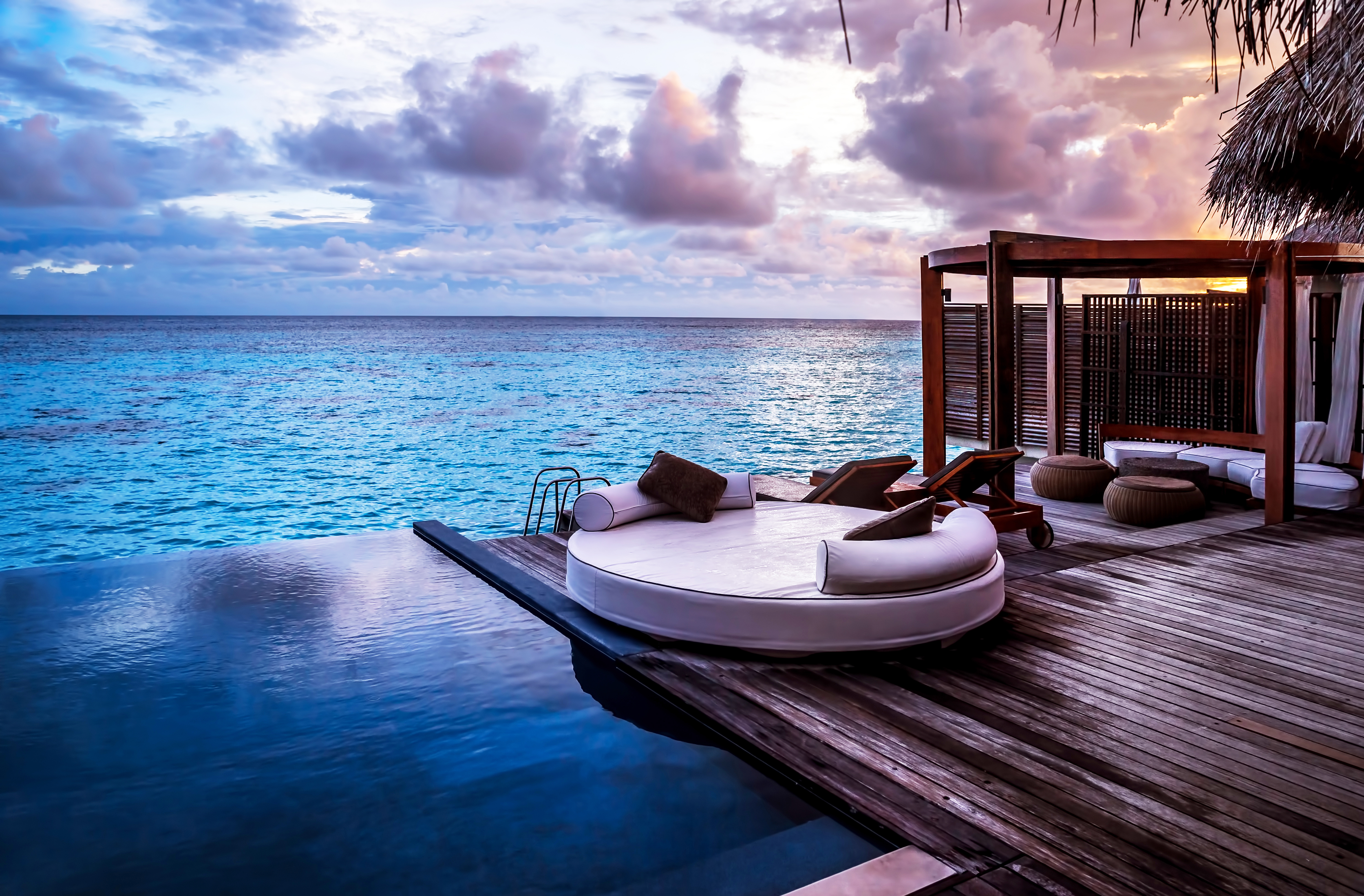 Yes, it’s that time of the year already. The first half of the year has gone and it’s now time to start planning where the travel bug will take you next year.

Luxury travellers have voiced out where they would like to travel to in 2016.

Virtuoso, the travel industry’s leading luxury travel network, holds an annual “Travel Dreams Survey”, in which they ask luxury travellers what their dream destinations are for the next year.

This year, over 5,800 luxury travellers participated in the survey and Virtouso had just recently published the results.

Discover the top 10 luxury destinations that travellers want to travel to in 2016?

Whether it is the allure of the country being down under and having opposite seasons from the rest of the ‘western’ world), the magnificent wildlife and outdoors, the 2,600 km long Great Barrier Reef, Australia tops the dream destination list year after year.

Last year, the tourism board’s campaign was “Restaurant Australia” where it showcased the culinary experiences one can experience in Australia. And while it is tastefully done and caters more to luxury travellers, I personally believe that it is nature and wildlife that will make one travel over 16,000 kilometres to this part of the world.

And in perfect timing, Tourism Australia had just released a new official video campaign called, “Our Country is Waiting for You“. It highlights Aboriginal Australia and the unique experiences visitors get when they explore the country, be it connecting with the locals, nature, wildlife or the people they are travelling with.

With the Australian dollar weaker for the most part of the year, this is also a great time for overseas travellers to finally make that long journey down under.

But what is it that makes Italy such a classic top notch contender amongst the list of travel destinations?

The list is as long as Italy’s history. But yes, history is a huge part of it. Home to one of the greatest civilisations, one need not be a history buff to enjoy Rome. Almost every street in Rome houses a great part of history that is thousands of years old. And then we have Italy’s varying lifestyle. From Naples to Rome to Milan, every city and region in Italy is so diverse in its culture, people and food. Every region has something worth coming back for and this is one of the reasons why Italy is so popular not just among first-time travellers to the country but to repeat visitors as well. And let’s not get started on Italian food. Long before Elizabeth Gilbert marked Italy as the place to eat (in Eat, Pray, Love), people have long been enjoying an affair with Italian food. Culinary tours and experiences are one of the most popular ways to explore Italy.

Whether you are a student, a honeymooner, or baby boomer traveller, Italy is one of those destinations that has something to offer to every kind of traveller.

New Zealand is a dream destination to the luxurious adventurer type of travellers. First off, there’s an endless list of outdoor and adventure activities to do. For the adrenalin junkies there’s tons of sites you can do bungy jumping, canyoning and skydiving. For the nature enthusiast, you can also swim with dusky dolphins and seals. And if you head into the South Island, you can also enjoy skiing from early June to mid-October.

Top all that with the luxury lodges that abound New Zealand. For a tiny island country, New Zealand is home to numerous luxury and boutique lodges, all in unique and picturesque locations.

Tourism New Zealand’s tagline is “100% Pure New Zealand”, and this cannot be more true. Though it is fictional, there is indeed a feeling of being in J.R.R Tolkien’s Middle Earth when in New Zealand. It is so pristine and has a feeling of still being untouched, which one cannot say in many touristy parts of the world.

Bastille our hearts, France is one of those countries who has more tourists than there are locals. Last year, over 83 million visitors flocked to France, a country with over 65 million people.

Just like Italy, there are also a hundred and one reasons why France has always topped the list of most popular places to visit. For the luxury travellers, Paris is a dream destination as several luxury hotels can be found in the capital, the latest opening of which is the Peninsula Paris. This is also good news for honeymooners as they have more hotel choices to splurge on.

Though in my personal opinion overrated in being a romantic city ( I believe Paris has more to offer than romance), Paris will always be imprinted in travellers’ minds as one of the most romantic cities in the world.

Amidst its finanical crisis, this must certainly be wonderful news to Greece. While travellers may understandably feel uncertain at this stage about heading to the country (this is a great read for those heading to Greece), it’s actually a great time now to visit Greece as some travel companies offer heavily discounted packages to the country in a bid to encourage tourists to head to Greece. (source)

Regardless of financial or political turmoil, Greece is undeniably a beautiful Mediterranean destination that has always attracted tourists due to its year-round pleasant weather and sunshine in the islands, affordable cost of living (we will all await how the current situation will change this), historic sites, culture and food.

Beautiful and unspoilt scenery, genuinely friendly and hospitable people and a safe environment. These are the top 3 reasons why people include Ireland in their dream destinations.

And as Ireland has legalised same-sex marriage earlier this year, Tourism Ireland is now targeting gay couples worldwide as they market the country as a wedding and honeymoon destination.

Same-sex marriage or not, I certainly would love to attend a marriage ceremony in Ireland, where the warm and cheerful nature of locals will certainly help in everyone celebrating all kinds of love.

With Virtuoso being an American company, it is not surprising to have the Caribbean in the list of to 10 dream destinations for 2016.

Nowadays, cruising is one of the most popular ways to travel the Caribbean, with many cruise lines departing from New York or Florida.

Planning to go to the Caribbean but not sure where amongst the multitiude of islands and territories to go to? Take a cue from the Beach Boys’ “Kokomo” and pick a country.

Fiji may be slightly isolated from the rest of the world, (see the map below and gauge how far or easy it is to get there) but what it lacks in accessibility, it makes up for in happiness.

Tourism Fiji states that Fiji is a place where happiness finds you. (watch the campaign here)

Made up of over 300 islands, Fiji is also home to a number of luxury and private island resorts. One of the most famous ones being Likuliku Lagoon Resort, named 3rd Most Romantic Island by “Islands Magazine” USA.

More and more overseas visitors are discovering the lovely places and cities to see outside of London.

Bath, for example, is a mere 1 and a half hour train ride from London and is quite a pleasant destination to visit for the weekend.

Being a central hub in Europe, England will always enjoy a steady income of tourists. And as such, there are always a number of new hotels opening in London every year, most of them in the boutique and luxury range. (click here for the latest 2015 openings)

As the Knight Frank Wealth Report predicts, London may surpass France and Italy to become the leading luxury shopping market in Europe by 2018.

For the seasoned travellers, Antarctica is a dream destination. Proof that the harder it is to reach, the more one wants it. The tourist season runs from November to March, and as such booking expeditions and cruises requires long-term and advanced planning. (The Celebrity Cruises ship that departs from Buenos Aires in February 2016 is already sold out)

For those not quite ready to step out into the cold, (or cough up the huge expense), a great introduction or teaser to Antarctica are the Qantas Antarctica flights on a Boeing 747 between October and February each year. The aircraft does not actually land in Antarctica but flies low, slow and close enough for passengers to see what Antarctica looks like up close. These flights take the entire day as it departs from major cities in Australia (Sydney, Melbourne and Adelaide), hovers over Antarctica, and then returns to Australia.

Now do tell us, what is YOUR dream destination for 2016?