Numerous trends reports have identified sustainable tourism as a top trend for 2022. But sustainability – which aims to counterbalance social and environmental impacts associated with travel, is no longer enough. The new frontier is regenerative travel, or leaving a place better than you found it, restoring the harm our system has done to the natural world, using nature’s principles.

“Sustainable tourism is sort of a low bar. At the end of the day, it’s just not making a mess of the place,” says Jonathon Day, an associate professor focused on sustainable tourism at Purdue University, speaking recently to the New York Times. “Regenerative tourism says, let’s make it better for future generations.”

Some tourism destinations, acutely aware of the need to undo the damage done, are taking steps to make regenerative tourism a priority, by joining a new Future of Tourism coalition created by six non-profit organisations, including the Center for Responsible Travel and Sustainable Travel International, which aims to “build a better tomorrow”.

Destinations on board, having signed up to the Guiding Principles for Tourism’s New Future, hail from all four corners of the globe, ranging from Bhutan and the Philippines in Asia, Jordan in the Middle East, Slovenia, Portugal, Norway and Hungary in Europe, Tunisia in North Africa, Mexico in Central America, and Colombia in South America. Hundreds more city and regional entities, as well as travel and tourism businesses, have also committed.

Other organisations clued-up to regenerative tourism include Tourism New Zealand, which is looking at measuring the industry’s success not solely in economic terms, but against the wellbeing of the country, considering nature, human health and community identities, while The Red Sea Project under construction in Saudi Arabia will be entirely carbon neutral from its first day of operation.

One important aspect of regenerative tourism is protecting our wildlife and the loss of biodiversity. In his round-up of 10 responsible travel trends for 2022, Justin Francis, founder and CEO of Responsible Travel, notes how this year, “growing respect for the fragility and interdependence between humans and nature will see greater scrutiny applied to wildlife tourism”.

Watching nature in its rightful habitat, at a natural distance, will become popular, he says. There will be a desire to reconnect with nature, and “re-wilding and conservation breaks take root.”

There are currently some admirable regenerative tourism projects globally that focus on the prevention of biodiversity loss and protecting endangered species, but the majority are taking place on land, rather than at sea.

Citing the latest Intergovernmental Panel on Climate Change (IPCC) report on the consequences of climate change in his recent WTM blog, WTM Responsible Tourism Advisor Harold Goodwin stresses “irreversible impacts as natural and human systems are pushed beyond their ability to adapt.”

He adds: “They report with high confidence that “climate change has caused substantial damages, and increasingly irreversible losses, in terrestrial, freshwater and coastal and open ocean marine ecosystems” and “widespread deterioration of ecosystem structure and function, resilience and natural adaptive capacity, as well as shifts in seasonal timing have occurred due to climate change with adverse socioeconomic consequences.”

When we think of tackling climate change and protecting the environment, we think green rather than blue, but IPCC’s findings remind us we need to look beneath the surface.

There’s a reason why the Earth is known as the blue planet; a source of oxygen, food and water, our seas are what makes life on Earth possible. In fact, 80% of all life on Earth is found in the ocean.

More than a billion people rely on fish as their main source of protein and more than 200 million rely on fishing for their livelihoods. And not only do they provide the essentials for life, but our oceans are also the planet’s richest repositories of natural marvels.

A win-win for destinations is to look at developing underwater regenerative tourism attractions, yet very few have pursued this opportunity.

Take, for instance, the GCC, home to some of the world’s most impressive tourist attractions, from architectural masterpieces and UNESCO World Heritage Sites to islands dedicated to sports and entertainment, as well as the trailblazer of regenerative tourism projects, particularly in Saudi Arabia.

There are all overwhelmingly land-based, yet the Gulf is home to thousands of kilometres of pristine coastline and waters teaming with marine life. Saudi Arabia alone boasts more than 3,400 kilometres of coastline along the Red Sea in the west and the Arabian Gulf in the east, while the UAE’s mangrove forests have grown to become the largest in the region. 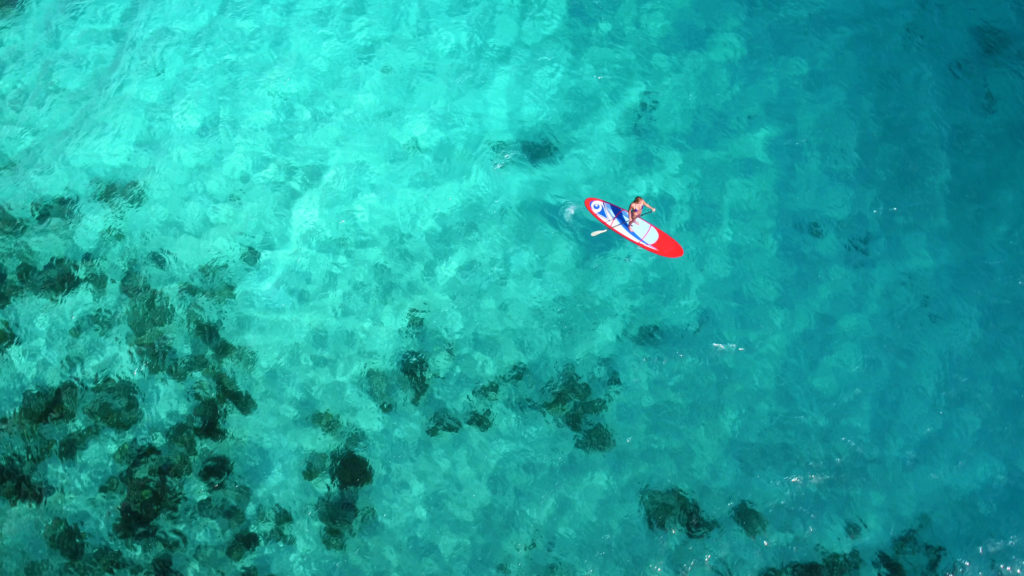 Water-based activities, from kayaking to sailing, are common, and diving and snorkeling are popular in some locations, but there are no underwater attractions offering visitors the chance to explore below the Gulf’s waters in new and unique ways, even though the potential is vast.

Underwater tourism is a multi-billion-dollar industry, according to research firm Mintel, with dive tourism alone estimated to be worth US$30 billion annually while coral reef tourism generates $35.4 billion in global tourism value every year.

The Great Barrier Reef has an economic, social and icon asset value of $56 billion. It supports 64,000 jobs and contributes $6.4 billion to the Australian economy, according to a Deloitte Access Economics Report. Of course, this is the largest living structure on Earth, the size of Japan, and bigger than the United Kingdom, Switzerland and the Netherlands, put together, but my point is that many travelers long to discover what lies beneath.

Underwater attractions give tourists another reason to visit – or to come back again – and crucially, attract the cruise ship crowds, so the case for robust ROI is strong.

At the same time, if delivered by experts in marine and biodiversity preservation, they can prove regenerative, avoiding the mistakes made in the past, to the detriment of fragile marine life.

With tourism representing some 40% of the Blue Economy, UNWTO Executive Director Zoritsa Urosevic said that as part of industry recovery, it should play a key role in the regeneration of coastal and marine ecosystems for resilience.

Sensitively created underwater attractions that benefit the marine ecosystem, for instance, in promoting new coral life, are most certainly one of the answers and I believe Gulf destinations are among those best placed to make it happen.

Regional governments have already proven they are committed to sustainable and regenerative tourism development on land, so now is the time for them to set new global benchmarks for underwater tourism, showing the world how to truly harness the value of their ocean resource.

It will require close collaboration between government and tourism stakeholders, as well as the local community and travelers, to develop creative solutions that benefit all parties, with the protection of the environment at the centre, but the Gulf has proven it is adept in forging these partnerships.

In line with the Abu Dhabi Mangrove initiative by the Environment Agency Abu Dhabi, the Etihad Mangrove Forest is the culmination of multiple joint programmes between Etihad, Environment Agency Abu Dhabi, Jubail Island, The Storey Group and other partners to support mangrove conservation projects in the nation and develop new carbon sinks and natural resources to remove carbon from the atmosphere following its stakeholder principle ‘Abu Dhabi for the World’.

With collaborations like these, meaningful regenerative tourism development is made possible.

Globally we need to move away from what we can take from the places we visit to what tourism can contribute to destinations and their people, and thinking blue, as well as green, is crucial to this new way of responsible tourism development.