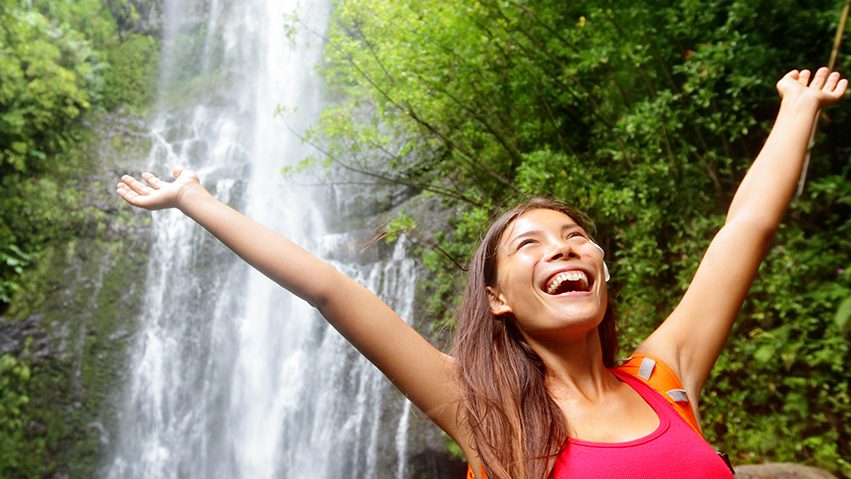 The International Ecotourism Society defines ECOTOURISM as the following: “responsible travel to natural areas that conserves the environment, sustains the well-being of the local people, and involves interpretation and education”. Essentially, Ecotourism refers to the recreational use of undeveloped areas, with sustainability at its core – sustainability of not only the environment itself, but also of the community and culture of the area in which it takes place.

Why is Ecotourism – also called Green Travel – such a growing trend? It is a combination of rising global awareness, a fast-growing worldwide environmental and socio-economic consciousness, all put together with increased access via technological means and travel. Simply put, people care more about the impact that they personally have on the planet, and travelers are certainly no different; on the contrary, Green Travel is currently at its highest point in decades, and there is much evidence to show that eco-conscious consumers travel far more than their “average” counterparts. And when they travel, they want to do so responsibly.

More and more countries are becoming aware of the Ecotourism trend along with its potential benefits: a boost in tourism and financial gain, economic alternatives for the local people, justification for environmental and cultural conservation. Over the years we have seen several countries emerge as frontrunners in promoting Green Travel, namely Costa Rica, South Africa, Galápagos Islands, Peru and Belize to name but a few. However, nowhere in the world have we seen a country truly embody the spirit and principles of Ecotourism more than have seen in the tiny country of Rwanda.

HOW does Rwanda do this, and why?

It begins with the vision of a bright future for all inhabitants, amplified by the higher purpose of escaping from a painful past. The 1994 genocide against the Tutsi truly devastated Rwanda, but as the last twenty-five years have proven, did not break her back. In fact, Rwanda is now lauded as one of the most remarkable success stories in recent history. At the heart of this success is a government that loudly and proudly focuses on increasing economic growth, whilst never losing sight of their main goal which is to improve the quality of life for all. They recognise the high value of their country’s assets – a unique culture, wildlife, and mind-blowing natural beauty – and the need to protect it at all costs. Enter Ecotourism.

As is plainly stated in its official Tourism Policy: “Rwanda will become established as a leading wildlife and eco-tourism destination and a regional conference hub, with a high quality, diversified tourism product that makes a growing contribution to the overall socio-economic development of the country.”  They have not rested on their laurels! Earlier this year it was announced that the International Congress and Convention Association (ICCA) had ranked Rwanda’s capital city, Kigali, as Africa’s second-most popular conference destination after Cape Town. Similar astounding success can be seen when we look at Rwanda’s mountain gorillas, made famous in the 1980s by the movie “Gorillas In The Mist”, based on the work of naturalist Dian Fossey. Through the continued efforts of the government together with organisations such as The Dian Fossey Gorilla Fund International and The African Wildlife foundation, mountain gorillas are now the only great ape species with a population on the rise; late last year their status was updated from “critically endangered” to “endangered”.

This incredible success is not only limited to increased wildlife conservation, but also lends heavily to community development. Rwanda’s revenue-share program sees 10% of income from tourism returned to communities, the highest of all African countries. The Sabyinyo Silverback Lodge, located at the foot of the Volcanoes National Park (home to the mountain gorillas), is community-owned and has funded education, employment opportunities through new enterprises and electrification of nearby communities. Only a few examples of how Ecotourism can benefit all.

In light of the above and the recent devastating fires in the Amazon forest and elsewhere, it cannot be more clear that a change is needed in the way humans interact with the natural world, and that Ecotourism can and should be a key driver in this. At the risk of sounding clichéd, we need to change the world, but we also need guidance as to HOW to go about doing so. Ecotourism is here to stay, and what remains is for us to get involved, get informed, educate, and spread the word about how a little heart goes a long way.