According to American economist Theodore Levitt, the difference between creativity and innovation is: “Creativity is thinking up new things. Innovation is doing new things.”

Due to a market that is always evolving, brands need to be innovative to stay not just relevant, but important. Many brands have made their attempts at innovation but only a few really make such an impact to change the course or trend of an industry.

Let’s veer for a moment away from the world of travel and look at the example of Japanese fashion label Comme des Garçons. Flashback to the early 1980s – when big shoulder pads, bold colours, screaming silhouettes and big hair was in fashion. Designers Yohji Yamamoto, Issey Miyake and Rei Kawakubo, founder of Comme des Garçons, made waves at the Paris Fashion Week as they unveiled an unapologetically monochromatic, asymmetric, and minimalist collection.

Although the minimalist / avant-garde fashion was only to create an impact years later in the late 1980s, this introduction was to shape the trend for the next decade: minimalism in the 90s.

Innovation in Aviation and Travel

Going back to the realm of travel, we have been fortunate enough to witness brands craft innovations big enough to change the course of the industry. One brand that illustrates this is the supersonic passenger airliner Concorde, which had an average transatlantic flight time (London to New York and vice versa) of just under 3.5 hours. The Concorde ran for 27 years from 1976 to 2003. Another example would be the spaceflight company Virgin Galactic, which is currently developing commercial spaceflights.

Despite having run its course or developing technology that is yet to be commercially attainable, these innovations are undeniably bold and can be considered as serious game-changers in the industry.

Etihad Airways: An example of Innovation in commercial flight

We need not look back at the past or towards the future for such brand innovations. Personally, Etihad Airways comes to mind whenever I try to think of a brand that relentlessly tried to blaze the trail for luxury commercial flights.

Almost a decade later, from mid-2000s onwards, technology for aircraft manufacturing caught up with designers’ imaginations and travellers’ needs.

This was an exciting time for airlines to develop first and business class seats. It was during these years that we saw the advent of Business Class seats that can lie flat, and First Class seats that were enclosed in private partitions (like a personal cabin).

It was after 2010 when airlines like Singapore Airlines and Emirates introduced luxuries like booking a chef-prepared meal onboard, transforming First/Business Class seats into proper beds, and hot showers 35,000 feet above ground.

But nothing prepared the aviation and travelling community when Etihad Airways launched “The Residence by Etihad” in 2014.  Not only was this an improved version of the First Class cabin, but a total innovation in luxury commercial flights.

It is a luxury living space (125 square foot residences) available on certain Airbus A380 flights in and out of Abu Dhabi.  It is rightly called The Residence because it is very easy to believe that you are just in an apartment (granted, it is quite a cosy apartment) with two separate areas: a lounge and a proper bedroom. But what really made The Residence by Etihad seem like a far-fetched reality is that every Residence booked comes with a personal butler trained by the Savoy.

This kind of luxury on commercial flight is still unparalleled.

Etihad Airways is a relatively young airline. It is fascinating how Etihad has managed to develop its luxury products and services in such a short period of time. For such a young company, it has now become the premium on commercial luxury flights.

They have been in this position as The Residence is still operational and no other premium class on any airline has surpassed that kind of opulence and luxury.

However, what is interesting to note is that in the midst of this, Etihad Airways has been in the headlines of aviation news these past months. It seems that the airline is simplifying itself and veering away more from its popular luxury products that Etihad is known for.

We shall discuss some key differences in what Etihad offered its passengers then and now. But first, let’s have a quick look of how Etihad Airways started.

It was in 2003 when Sheikh Khalifa Bin Zayed Al Nahyan issued a royal decree to establish an airline for Abu Dhabi. With an investment of AED 500 million, Etihad Airways was  established.

It was also this year that Etihad operated its first commercial flight from its base in Abu Dhabi to Beirut, Lebanon.

As a marketing strategy, Etihad started sponsorship in sporting events and venues in 2008. One of these is the Docklands Stadium in Melbourne, which they renamed to The Etihad Stadium.

These marketing efforts paid off from 2010 onwards, World Travel Awards has been steadily recognising and awarding Etihad Airways with the title of “World’s Leading Airline”.

From Innovation to Repositioning

Going back to the current state of Etihad Airways, it has been in the topic of aviation talk lately with news of its ‘simplification’.

Most significant among these is how Etihad’s First and Business Class Lounge at Heathrow Airport in London is being taken over by independent airport lounge operator No 1. 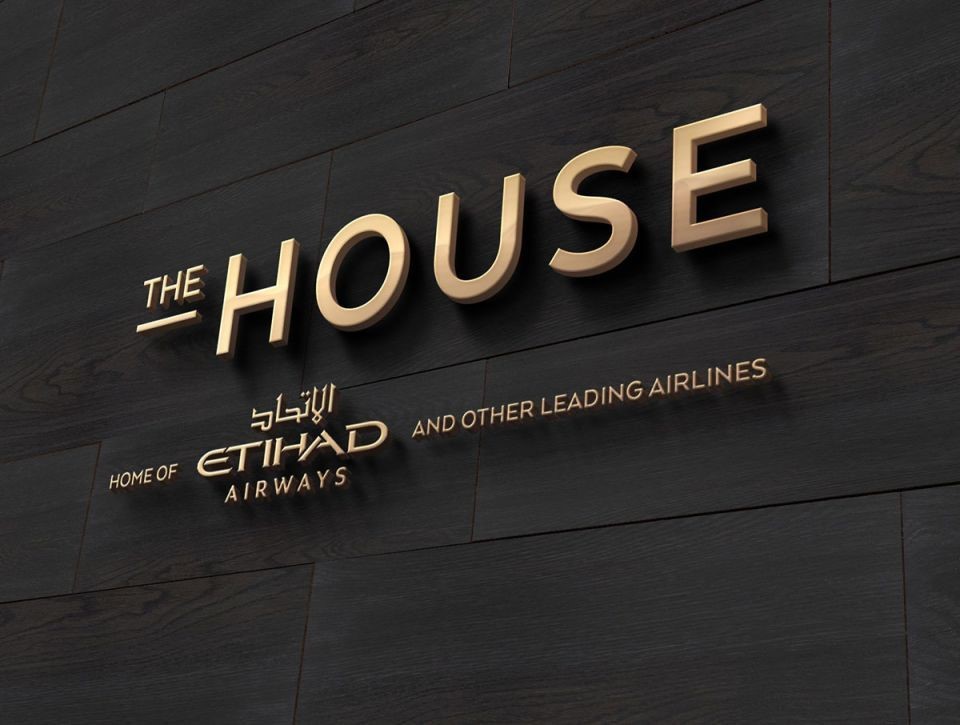 Currently, Etihad Airways’ T4 lounge will be rebranded as “The House – Home of Etihad and Other Leading Airlines”.

Economy Class passengers will also have paid-for access to the lounge.

Another luxury perk that Etihad has discontinued are limousine transfers. Previously, every passenger booked on a First or Business Class ticket departing from select cities were given complimentary limousine transfers to and from the airport. This generous service has been removed and is now only offered in Abu Dhabi.

Amidst all these belt-tightening procedures, the most sensational (but unofficial) news has come out that Emirates, Dubai’s flagship airline is set to take over Etihad. This move, if finalised, would create the world’s biggest carrier by passenger traffic.

Etihad Airways has also introduced value-added service (add-on products) such as snacks, premium drinks. And Christian Lacroix-branded amenity kits and sleepwear. The perks that were exclusive to First and Business class are now available to Economy class passengers, at a price.

Because Etihad is an airline that has such a strong focus on luxury service and products, it is easy to classify these changes as downgrades, when Etihad is simply introducing same value-added services that many international airlines have long been offering.

It is evident that these are cost-cutting measures, but what could have deemed these changes necessary?

One reason I can think of is the aggressive global strategy that Etihad Airways employed in expanding their global network. For a number of years, Etihad embarked on an equity-acquisition mission which eventually resulted to a staggering US$1.87 billion loss for the year 2016 alone.

Two of these airline partnerships turned out to be unprofitable investments. Air Berlin has ceased operations since October of 2017 and Al Italia’s fate is quite uncertain. The Italian carrier has been operating under special administration since May of 2017 and it has a current deadline of 31st of October 2018 to select a buyer.

The other factor lies in Etihad Airways’ strength itself: luxury. As far back as the early years of Etihad, premium / luxury service and products have been its stronghold and it’s not surprising that the airline fast became an innovative authority on luxury commercial flying in just a number of years.

The Residence is still unlike anything commercially available in the sky. Yet with the steep fare (a London to Abu Dhabi one-way fare can cost approximately £9,300 – and this fare has already lessened considerably over the years), could it be a case of Etihad’s luxury products being unprepared for commercial consumption?

It is possible that the Residence (there are 2 in every select A380 aircraft) can get booked from time to time by certain High Net Worth Individuals. However, these same individuals can also afford flying in private jets. And the one powerful advantage private jets have is that you can fly at your own time.

So, I imagine that these high net worth travellers would fly The Residence a few times for the sheer experience but perhaps might stick to private flying. Flying at your own time and schedule trumps the perks of The Residence, as high flyers would have the same luxuries (butler / chef, etc) available at any given day anyhow.

Whether Etihad Airways will continue to downsize, plateau, or recoup and return bigger than ever – we have yet to know. But one thing needs to be said: Whatever fate the airline will end up in, big respect should be given. They dared to bring back the old world glamour of the golden age of flying and pushed luxury commercial flight at its zenith. Even if it may have cost them, it is undeniable that they made, and are continuing to make history in commercial aviation.