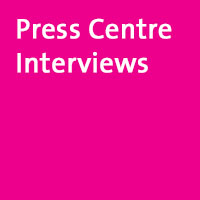 Strange things are happening in the world of certification and sustainability. It’s all to do with a campaign called DearTripadvisor, which is urging the world’s largest travel review site to let it’s users rate hotels on sustainability, and then for Tripadvisor to include their rating alongside the ratings for cleanliness, service, food etc.

Last year, Tripadvisor launched the Greenleaders scheme in the US, enabling hotels to apply to sign up. Earlier this year it launched in Europe. In the last month it has announced that it is expanding into Australia, New Zealand, the Caribbean and South America. It’s already the world’s largest sustainability certification scheme, with more than 8,000 hotels signed up, and it’s about to get a lot larger.

Thing is, when you go to the Tripadvisor website, it’s not very visible. Click on ‘More’ on the Navigation and it appears in a dropdown, but then the page that comes up just introduces the scheme. There’s no obvious way to find all the Greenleader hotels in a certain destination. Typing ‘green hotels London’ into the search box brings up lots of random hotels in Green Park etc. Typing ‘Sustainable Hotels San Francisco’ is equally ineffective. However a search for ‘green hotels San Francisco‘ brings up a list of Greenleader hotels in San Francisco with little sign stating that this in ‘beta’. If this is a sign of things to come it looks good. And it looks better still when you click on one of the signed up hotel’s pages.

On the listing of a hotel, its Greenleader ranking – from Platinum through to Bronze – is very prominently displayed, at the top right, below the hotel’s overall ranking, number of reviews and any Travellers Choice Awards it has won. And if you click on the accompanying green leaf logo you get info on the hotel’s green practices, where you are encouraged to ‘report incorrect information’.

This was not good enough for Nordic Comfort Hotels which – through advertising agency Supertanker and in partnership of the Rainforest Foundation Norway – has launched the DearTripadvisor campaign. It is asking Tripadvisor to go further, and to include sustainability alongside the other metrics that guests can rate their stay on, namely: Location, Sleep Quality, Rooms, Service, Value and Cleanliness.

I have some issues with Greenleaders, and I have written about them elsewhere on this blog. But the fact Tripadvisor has partnered with the likes of the Green Building Council, Carbon Trust and UNEP says to me that they are serious about getting this right. Likewise for their recent launch in Australia they agreed with Ecotourism Australia that any of its certified properties would automatically be Greenleaders. Of course this gave them an instant volume of properties, but it also gives them credibility, while acknowledging the expert status of Ecotourism Australia. The DearTripadvisor campaign disagrees with this approach. Spokesman Simen Vinge, who is also Director of Marketing for Comfort Hotel, said: “TripAdvisor’s legitimacy lies in a rating system based on uncensored public opinion. The fact that applying hotels are subject to expert review, rather than customer evaluation, contradicts the democratic philosophy on which TripAdvisor is built.”

This is the crux of the argument, and is where I come down firmly on Tripadvisor’s side. If I don’t sleep too well in a hotel room, I can give it a rating based on my experience. If the room isn’t clean, I can judge it on that. But how do I know how effective the recycling scheme is? Or how many chemicals get put through the laundry? Most of the significant energy and resource-saving activities happen out of sight of guests.

On the other hand, it’s easy to plant a herb garden in the front or give the name of the farmer who reared the lamb on the menu. Such visible actions could easily be seen by a guest as being a symptom of good sustainability, for which they might then rate the hotel highly. The result would risk accusations of greenwash, with hotels focussing on high profile gestures that impress the guests simply to get good rankings rather than long term behind the scenes investment.

However, I do agree with one underlying principle of the DearTripadvisor campaign. I like the idea that a hotel rated five stars by its national or regional star-rating body could only get five stars if it had a five star concern for the environment, its staff and its community. I’d love to see environmental and social practices factored significantly into general star-rating schemes. They could even follow Tripadvisor’s model and get the many eco-certification schemes to supply the information.

I just don’t think it should be up to the public to decide.