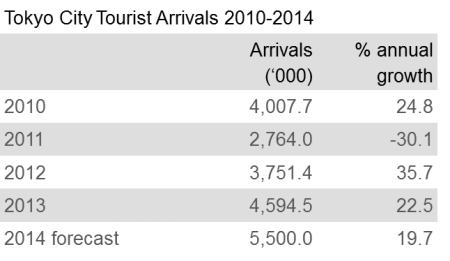 Some people clearly didn’t read the script for World Tourism Day last month. Opened officially this year in the Maldives on September 27th.. the theme for 2013 was co-operation and water. Yet the Korean Federation of Private Service Workers marked the occasion by protesting in front of the country’s ministry of culture and tourism over hotel working conditions. And in London, the Hotel Workers Union – a subsidiary of Unite – demonstrated outside the Radisson Edwardian Mayfair and the Holiday Inn Mayfair, claiming there are “no employers within London’s hospitality sector independently endorsing and paying their employees the London ‘living wage’ rate of £8.55 an hour.” In Bali, meanwhile, hotel workers marked the day with demonstrations in Bali and Jakarta over the Bali Hyatt’s plan to terminate 350 jobs while it renovates.

Were these isolated incidents or symptoms of a wider issue? It may be too early to tell, but it has just been announced that the International Union of Food, Agricultural, Hotel, Restaurant, Catering, Tobacco and Allied Workers’ Association (IUF) is launching a global campaign for workers employed in hotel housekeeping departments called Make Up My Workplace. Considering that the IUF has 36 member organisations in 120 countries, representing more than 12 million workers, it could be quite a high profile campaign.

Hotels aren’t like Bangladeshi garment factories, or electronics sweatshops – disconnected from the product and hidden from the end user’s view. If workers gather outside the front entrance of a hotel to protest, the guests can’t help but see them. And if the workers stop working – the hotel can’t function. They can’t just ship guests to a different hotel and pretend nothing has happened.

Furthermore, I have never met a garment worker, or anyone involved in the production of my ipad. But I am often in my hotel room when the cleaner comes in. The porter and I share a lift with my bags to the room. The waiter and I engage in one to one conversation as I choose our meal. This remarkable level of direct and discreet contact between guests and workers means there are countless opportunities for guests to discover or be made aware of any issues. They may not be asking the questions right now – but they might if protests gather momentum.

Last month another protest over wages and working conditions was staged by luxury hotel chambermaids in Paris. It was timed and located to coincide with Paris Fashion Week, which was being held at the Park Hyatt hotel. According to Claude Levy, the union representative for the chambermaids: “Rich clients hear the noise, see the atmosphere when they get out, we inform them and actually we had positive reactions. Some famous people have told us, ‘how can you be paid €800 (monthly) when we are paying €16,000 for a suite?’”

This growing visibility is only made easier and more powerful by social media – which was key to the growth of both the Arab Spring protests and the Occupy Movement. Social Media is already a big issue for hotels, whether worrying about negative reviews on Tripadvisor or promoting themselves to guests on Facebook. The Twitter account for @HiltonHotels has 103,000 followers. @Marriott has 80,000. The Ritz Hotel in London’s twitter account has over 13,000 followers for one hotel.

This public openness has its pitfalls. The Iberostar hotel in Tunisia has seen its Facebook page and Twitter account deluged with protest in the last few weeks, following the circulation on the internet of an image of an entire shark being laid out at a buffet and cut into by holiday makers. (In reply to the barrage of criticism, the hotel has said the practice was stopped in 2012).

The ease of disseminating information anonymously makes such campaigns easy to start. Already, the Vegas Travel Alert  works to raises awareness of labour issues in hotels and casinos in the city. And Hotel Workers Rising offers an app designed to make it easier for concerned holidaymakers wanting to find hotels that aren’t being boycotted or where the workers are on strike.

To see what the impacts of such protests might be, we should return to where this blog began – the Maldives. At the opening for the official celebration for World Tourism Day on September 27, the Maldivian Minister of Tourism Ahmed Adeeb Abdul Gafoo, said: “For our country, the tourism sector constitutes a priority because it is an important asset for the creation of wealth and employment.” However the country is currently in political turmoil over a contested presidential election. Tourism workers have threatened to shut down the country’s hotel industry if the re-run, which has been announced for November 9th, isn’t free and fair. Anyone wanting to see what a tourism business looks like without a workforce, would do well to watch events unfold over in Male.

–
Anyone interested in this issue would also do well to attend the opening session of World Responsible Tourism Day, where the panellists include the Chair of Unite Central London Hotel Workers Branch, who staged the protest in London on World Tourism Day.

Many outside the industry dismiss tourism jobs as low paid casual labour and part of the candy floss economy. Our panel will address the challenges the industry faces, pointing both to some of the reality of low pay and low status, and the opportunities for progression in an industry with low barriers to entry. What can be done to improve working conditions and pay? And how do we communicate the opportunities which make a career in the industry something which more young people should value?