Just yesterday we heard that Victor Vescovo had descended some 11km to the deepest place in the ocean, the deepest dive ever.  He discovered new species of prawn-like crustaceans and a plastic bag and sweet wrappers. Vescovo reached deep into the Mariana Trench where James Cameron’s unmanned mission in 2012 found microbial mats, clumps of microorganisms, which some scientists believe may be the roots for metabolism and life on Earth.

Sir David Attenborough’s Blue Planet II series, with its powerful revelation of the extent of plastic pollution in our oceans, sparked global awareness of the damage done by single-use plastics to our oceans and marine life. video

Geologists argue that we have now entered the Anthropocene, in the contemporary world our species has such dominance that we have begun to change our environment.  We are exploiting the earth to such an extent that we are changing our climate and causing biodiversity loss on an unprecedented scale, and we are laying down plastic – a manmade material – in the geological record. We are also making our planet less hospitable to us – as well as a wealth of other species.

Earlier this month the UN’s Intergovernmental Science-Policy Platform on Biodiversity and Ecosystem Services (IPBES). They reported that,

“…around 1 million species already face extinction, many within decades, unless action is taken to reduce the intensity of drivers of biodiversity loss. Without such action there will be a further acceleration in the global rate of species extinction, which is already at least tens to hundreds of times higher than it has averaged over the past 10 million years.”

Climate change is one of the drivers of species loss and the biologists argue that biodiversity loss is as serious as climate change for our future. In recent blog posts I have pointed to the imperative to reduce carbon and other greenhouse gas emissions from aviation and hotels.

But what of biodiversity?

There is truth in the adage “seeing is believing”, and we saw its strength in the impact of the Blue Planet II exposé of plastic pollution. Wildlife and nature-based tourism are a significant part of our industry. Through the wildlife and nature experiences we offer tourists, our clients and guests, we have a unique opportunity to show them the changes which are occurring.

We don’t need to preach but we do need to show and explain. I well remember the impact that seeing the decline in the mangroves in Belize had on my understanding of climate change and biodiversity loss and the examples of successful interventions to restore them.

There are now many examples of businesses which have reversed unsustainable agricultural land and deforested areas turning them back to wildlife and creating sustainable livelihoods through tourism.

In this year’s World Responsible Tourism Awards the judges are looking, in the Best for Wildlife and Nature Conservation category, for examples of tourism enterprises which have made a tangible difference to the conservation of nature which is locally significant. The judges will take into account the size of the business and the scale of the demonstrable impact – we shall level, as best we can, the playing field between large initiatives and smaller ones. 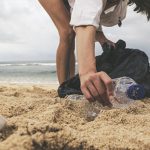