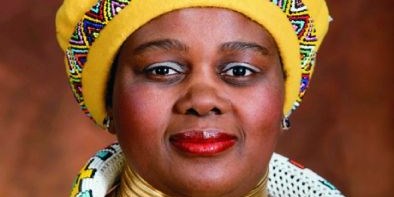 As South Africa intensifies its efforts to grow arrivals from the Asia Pacific region, Minister of Tourism Mmamoloko Kubayi-Ngubane is scheduled to visit China and Japan, two of South Africa’s key source markets in the region, this week.

Between January and August this year, 61 376 tourists from China and 18 187 tourists from Japan visited South Africa, according to Statistics South Africa’s Tourism and Migration August 2019 report, released today.

The Minister will embark on a roadshow to China, visiting Beijing and Shenzhen from October 21 to 23. This will be followed by a visit to Japan from October 24 to 25 where she will also attend the third Japan Tourism Expo in Osaka, as well as the G20 Ministers of Tourism meeting in Hokkaido.

The visit will serve as a networking opportunity for creating and consolidating new business and trade opportunities and will boost confidence in the destination among outbound operators, travel agents and the media in the region.

Kubayi-Ngubane will also visit Tencent headquarters in Shenzhen, where she will oversee the signing of a memorandum of understanding between South African Tourism and Tencent, a provider of Internet value-added services in China.

The memorandum has specified commitments to work together to increase awareness of South Africa in the Chinese market and to ensure a superior visitor experience for Chinese travellers when they arrive in South Africa.

In his State of the Nation Address earlier this year, President Cyril Ramaphosa re-affirmed the tourism sector as being crucial for the future of South Africa, as the country looks to double its international tourist arrivals from 10.5 million to 21 million by 2030. China and Japan play a significant part in South Africa’s tourism arrivals.

“South Africa is open for business and remains an appealing destination for both Chinese and Japanese travellers, offering abundant, diverse, world-class, accredited attractions supported by transport, services and communications infrastructure that compete with the best in the world,” said Minister Kubayi-Ngubane.