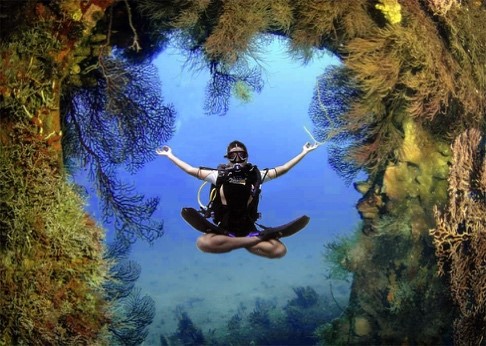 “It’s not about us if it’s without us,” said Keith Henry, President and CEO, Indigenous Tourism Association of Canada, during a session that brought together commentators from a broad range of perspectives to explore Racism in Tourism, and issues around allyship, unconscious bias, representation and more.

Henry was referring to the way that representations of indigenous people are appropriated for use in marketing campaigns by tourism, but indigenous communities hardly ever involved in the creation of the campaigns themselves, let alone offered support for their own. “We’re not just there to provide content,” he said.  “We don’t just drum and sing. We aren’t stuck in the past.”

Martinique Lewis, Content Creator, Marty SanDiego and one of 17 founders of Black Travel Alliance, shared research that found that tourists are 70% more likely to do business with brands where they see themselves reflected in the marketing, and yet the vast majority of tourism marketing shows holidaymakers who are white, young, slim and able bodied.

Far from being niche, all those other, unrepresented sectors represent huge markets. “Are you trying to appeal to people who already spend money with you, or are you looking for new customers?” she said.

No market is bigger than the Muslim market, which is worth 190bn according to Fazal Bahardeen CEO, CrescentRating, yet is rarely provided with the support it needs. He said that people “can’t see the reality of the market”, because at one extreme they see terrorists and at the other islamophobias, both of which he said were tiny minorities, but make the loudest noise.

“We don’t want to be treated specially,” said Bahardeen. “We just wanted to be included.” Lewis agreed, adding: ‘If it’s that easy to put gluten free and vegetarian on the menu, why not halal?

Uwern Jong, Experientalist in Chief at Out There Magazine connected the experience of racism with that of the LGBTQ+ community.

“We need more people from all diverse backgrounds to be at the top level of all tourism organisations, and right now it isn’t happening,’ he said, adding that if people wanted to help, then “allyship is so important in driving any movement forward.”

Asked how the recovery from COVID could look to address these challenges, he replied that his magazine’s research – supported by countless findings elsewhere – had made clear that people want to support brands that take care of the world, and that taking care means sustainability in the social sense as much as environmental.

“Diversity and inclusion has to be a part of your everyday,” he said. “It cannot be a campaign; it can’t be tokenism. You need to build it in.”

Eric Ricaurte, CEO of Greenview, said that for most businesses the best use of certification was to provide a “common language or framework”, helping people see where to get started and where to move forward.

Andrea Nicholas from the UK-based Green Tourism scheme agreed, saying that certification’s “biggest strength is as a business development tool” for companies and staff to “plot a path”.

Likewise, the panellists agreed that the two key limitations of certification currently were around engagement – first for businesses and secondly for consumers.

Lee-Anne Bac, a board member of Fair Trade Tourism South Africa, said many schemes are ‘elitist’, with both cost and the number of criteria excluding those operating at the grassroots, which she said, in the case of countries like South Africa, is often where much of the most transformative action is actually taking place.

Green Tourism’s Nicholas agreed, explaining that their scheme offers a tiered approach so as to address these issues, because “Certification needs to be accessible to everybody, if it just rewards the higher level then it doesn’t encourage businesses at the beginning of their journey to get involved.”

Ricaurte said that where engagement is increasing is at a corporate level, because increasingly investors and governments are demanding to see what companies are doing about their water or energy use.

However, panellists agreed that this is more challenging for leisure travellers, who neither had the knowledge or concern over what a hotel was doing about efficiency issues, but maybe wanted to know what they were doing in more ‘feel good’ criteria such as local food, or investment in the community.

“It’s very difficult to explain certification, because each business addresses it in a different way.” said board member of the Global Sustainable Tourism Council Kelly Bricker.

“We need businesses to tell their own stories.” She added that companies are often afraid of communicating their sustainability efforts if they weren’t doing as much as is possible. “We have to educate consumers that this is a journey,” she said.

Earlier that day, a session on responsible tourism in India had heard about developments happening across the country.

Rani George, Secretary to Government of Kerala, Kerala Tourism explained how, having started with four test villages to experiment with different ways of developing responsible tourism at a community level.

The state managed Responsible Tourism network now brings together government, business and communities, connecting hotels and other tourism businesses to thousands of people across the state, everyone from artisans and performers to local plumbers and tradespeople, ensuring a vast and ever-growing network benefits from responsible tourism.

Sonia Meena, Additional Managing Director, Madhya Pradesh Tourism Board, Government of Madhya Pradesh, shared how her state has been learning from Kerala and has this year drafted a responsible tourism policy and developed an MOU with Kerala.

Madhya Pradesh is now developing seven initiatives, including a rural tourism initiative looking to work with 500 villages across the state, helping them set up homestays and authentic cultural and rural experiences.

Valsa Nair Singh, Principal Secretary (Tourism), Government of Maharashtra, said that her state has also been following responsible tourism policies for over a decade, but without using the same name, rather focussing on what it called farm tourism or agro tourism.

But the focus is the same, she said, and “the emphasis has always been on developing the local economy, and women empowerment.”

WTM Virtual’s responsible tourism programme ended with a session that asked the question: Can We make Tourism Better? Each of the speakers proposed what was necessary for this to happen.

“The landscape is changing very rapidly for big business in terms of investor expectation and the rising cost of carbon,” said Easyjet’s Sustainability Director, Jane Ashton. “The onus has to be on the larger travel providers to ‘choice edit’” so consumer get responsible tourism by default.

“We need to legislate,” said Justin Francis, CEO of Responsible Travel. “We need those who are doing good things to know that those who are not are being held to account.”

“We have to stop talking about air travel getting back to pre COVID levels as a mark of the success of our recovery,” said the director of J&J Consultancy John Swarbrooke. “It assumes that numbers are what it is all about.”

Eugenio Yunis, Advisor to the Board. at Federation of Tourism Enterprises of Chile, observed that right now the world was going through multiple crises, not only health, ecological, economic, but also one of values. “We need to convert our growth strategies into development strategies,” he said.