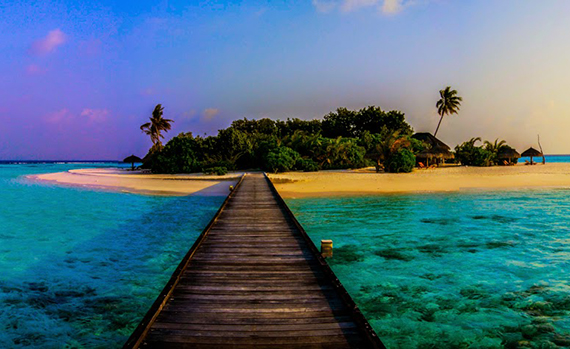 “Luxury is in each detail.” – Hubert de Givenchy, designer.

Whilst not exclusive to fashion, the description of luxury remains true, and year after year, luxury travellers all over the world are looking for new and diﬀerent details.

As with any industry, luxury travel is ever evolving. Factors such as lifestyle changes and family dynamics are just a few that aﬀect travel decisions that people make.

Earlier this year, Virtuoso, the leading international luxury travel agencies network has revealed their report on luxury travel trends for 2015, and this article discusses the top emerging and honeymoon destinations for luxury travellers in  2015.

Croatia, a newcomer in the list, has come out first in the list of top emerging destinations. With more than 6,000 kilometres of coastline, most of which are set against pebbled and hilly backdrops of historic architecture, it’s little wonder that travellers are flocking to this country that lies in the crossroads of Central Europe, Southeast Europe, and the Mediterranean.

Travellers who like to get their dose of history, sand, sun and culture love Croatia as it is not as crowded or as flocked by tourists (yet) compared to its more popular Mediterranean neighbours like Greece or Italy.

Those who love their wine will also have good reason to have Croatia on their to-visit list. Conde Nast Traveler has included Croatia in their list of 10 Undiscovered Wine Regions to Explore in 2015. Wine Enthusiast Magazine also listed Istria as one of the Best Wine Travel Destinations of 2015. Istria is the largest peninsula in the Adriatic Sea, with 90 percent of its land belonging to

Croatia. (The remainder lies between neighbouring Slovenia and   Italy)

Myanmar’s tourism industry has opened up vastly within the last five years. While the rest of its neighbouring South East Asian countries (Thailand, Vietnam, Cambodia) have enjoyed a massive stream of travellers, it is the “newness” of Myanmar that makes it attractive to luxury travellers.

And because Myanmar is not usually part of the classic Southeast Asian backpacker’s itinerary, one can still revel in magnificent temples, ruins, and views with much less crowds.

For a  country that is  currently developing its  tourism structure, Myanmar does have quite  a number of luxury tour operators, most of which oﬀer luxury river cruises along the Irrawaddy River.

The triple Cs of Cuba (Cigars, Cars and Communism) are part of what makes this Caribbean country attractive, but I am sure some would like to add Climate, Colonial history and Culture as well.

Whilst there is still a restriction for some Americans to travel to Cuba, the Obama administration imposed new rules in place in January of this year that makes travelling to Cuba easier for Americans than it has been over the last 50   years.

With this, travellers hope (and some predict) that it will only be a matter of time before the travel ban is completely lifted. And as such, travellers worldwide (including Americans) are realising that the best time to travel to Cuba is now, before a significant influx of travellers may change the way Cuba is at the  moment.

As per the National Statistics Oﬃce in Havana, most tourists in Cuba come from Canada, followed by the UK and Germany. (Source)

This happy and elusive Himalayan country has been in most travellers dream list. In place of Gross Domestic Product, Bhutan relies on “Gross National Happiness” as an indicator of its country’s progress.

Landlocked in South Asia at the eastern end of the Himalayas and bordered to the north by China, and to the south, east and west by India, Bhutan has one of the purest and richest nature and wildlife that remains in Asia. Next to the natural sceneries, it is the sheer number of cultural festivals held throughout the year that also draws tourists in.

Visiting Bhutan is not a simple process and this works in favour of the country not being rife with tourists. The government regulates its visitors per year, and requires all tourists to travel with   approved local tour groups. There is also a government-required “Minimum Daily Package” of USD

It does seem very complex, but a part of this cost goes towards the country’s education, healthcare and infrastructure.

Iceland is an absolute nature and adventure playland. Where else can you dive in freezing temperatures with the clearest visibility , in between the European and American continental plates? Or explore natural caves, be it underground or made completely out of ice?

One of the very few developed countries in the world without a McDonald’s, Iceland is also the only place in Europe where you are able to see the Northern lights from the country’s capital.

The country’s national carrier, IcelandAir, oﬀers complimentary stopovers on journeys across the Atlantic. This means travellers from the US going to Europe (and vice versa) can enjoy a stop in Iceland up to 7 nights with no additional tax or airfare.

Travel trends may change every year with new destinations making the list every now and then, but honeymoons and romantic getaways will always remain!

“When the world seems to shine like you’ve had too much wine…that’s amore.”

Many songs and Hollywood movies have been inspired by the romantic cities and vibe of Italy. Gondola rides in Venice, a private boat tour on Lake Como, a food and balloon trip over Tuscany..is there any other country whose cities, regions and food seem to be custom made by a honeymoon  expert?

Italy has always been one of the top destinations for travel, whether it is for honeymoon or regular leisure.

It’s hard to go wrong with a honeymoon in Maui. With an abundance of romantic resorts, this second-largest island in Hawaii is also home to tropical forests, waterfalls and unique beaches. It is a popular choice for couples who like to combine relaxation with bit of adventure.

What also makes Hawaii (as a whole) a popular choice for honeymoon is its convenience (for couples coming from the mainland USA or even Asia, there are many direct flights to Honolulu).

The only other European non-resort destination to make it to the top five of honeymoon destinations, France has always been an extremely popular choice for honeymooners. Sealing your love with a lock on the Pont des Arts bridge, walking along the cobbled streets at sunset with the Eiﬀel Tower glittering from a distance – it is not surprising how Paris has gained its reputation as the city of love. The popularity of the love lock bridge, and its collapse due to the weight of the locks is testament to how many lovers flock to Paris every year.

As most honeymooners concentrate or make Paris their base, there is no shortage of luxury hotels in the capital city , whether they are large chains or boutique.

The Maldives is rapidly getting more popular as a honeymoon and couples’ getaway destination. More and more airlines now fly to Male, therefore making this destination more accessible and aﬀordable in general.

Underwater restaurants, spa and nightclubs are just some of the unique selling points that resorts oﬀer because overwater room bungalows, though always a treat, are not unique features anymore. It’s an exciting time to watch this space for new resorts in the Maldives as its growth as a      honeymoon  destination  continues.