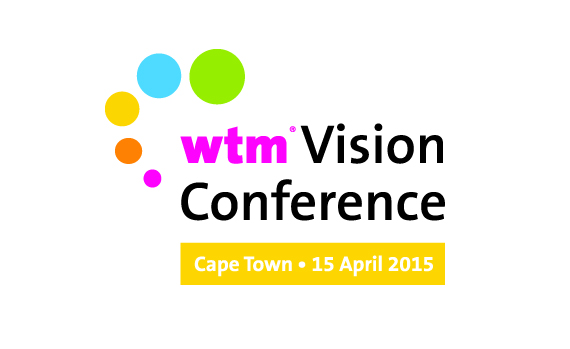 Mobile technology, easier ways to pay, more low-cost flights and cheaper accommodation are fueling more travel within Africa – but the key to increasing the pace of change is through changing mindsets, delegates at WTM Vision Conference – Cape Town will hear today (Wednesday April 15 2015).

Exclusive research from Euromonitor International will reveal that, although prices are coming down and it’s now easier to research and book, the biggest barrier to travel is perception among Africans.

Ronald Tinashe, Research Analyst at Euromonitor International, who will present the findings, said: “It’s much cheaper for someone to fly from South Africa to the UK as opposed to going to other countries around Southern Africa. In addition, travel costs are a high percentage of people’s disposable income.

“Although this is slowly changing, most Africans assume travelling is for high net-worth individuals – they have limited knowledge about the availability of affordable accommodation options, such as B&Bs and motels.

“But it’s not just about income – it comes down to development and culture. Many Africans believe travelling is the last thing money should be spent on and the culture is not one in which people save money to travel.

“Travel is simply not a priority for people and because of this we are not really seeing the potential of local people contributing to their economies through tourism.”

Tinashe says one key to accelerating change is mobile internet.

“Laptops have always been expensive, but smart phones are relatively cheap and as a result, more people are using them,” he said.

“Smart phones make it easier for airlines and other companies to interact, with apps that can allow users to quickly find out the cost of travel and realise it is more affordable than they may have thought.

“It’s proving a preferred method of enquiry, rather than going to a travel agent and leaving the shop because the price is too expensive. Searching on a smart phone can save the embarrassment if the price is too high.”

In his presentation, Tinashe will also discuss other movements in Africa that are breaking down the barriers to travel, such as more low-cost carriers entering the market; lower air taxes (for example, in Kenya); unlimited access to certain attractions for local people in South Africa – which Euromonitor believes will be followed in other markets – and the introduction of alternative payment methods, such as mobile phone payment.

“Until recently, the majority of travel has been booked and paid for using a credit card – which most Africans don’t possess. The introduction of alternative payment methods is a boost,” Tinashe explained.

World Travel Market, Senior Director, Simon Press said: “The research unveils the huge importance tourism plays not only in South Africa but across the continent. Yet currently, local people are unable or unlikely to contribute because of several key factors. The availability of affordable travel options is one factor, but the barriers to travel in Africa are much more deep-rooted. As the Euromonitor International report shows, Africans have other priorities and the culture of saving up to travel simply isn’t there.

“Yet things are very slowly starting to change. The advent of smart phones, low-cost carriers, government initiatives and easier payment options means that people are travelling – and are contributing to the economy.”

WTM, now in its 36th year, is the event where the travel industry conducts and concludes its deals.

WTM 2014 will generate around £2.5 billion of travel industry contracts.

WTM is owned by the worldʼs leading events organiser Reed Exhibitions (RE), which also organises other portfolios of travel industry events including IBTM Events, the world’s leading showcases for the meetings and events industry and International Luxury Travel Market events.

Reed Exhibitions is the world’s leading events organizer, with over 500 events in 43 countries. In 2014 Reed brought together over seven million active event participants from around the world generating billions of dollars in business. Today Reed events are held throughout the Americas, Europe, the Middle East, Asia Pacific and Africa and organized by 41 fully staffed offices. Reed Exhibitions serves 43 industry sectors with trade and consumer events and is part of Reed Elsevier Group, a world leading provider of professional information solutions. www.reedexpo.com